9th December, 02 Academy Brixton I did not get to photograph Bullet For My Valentine. Originally, this review was going to be a photojournalism piece about the Welsh bands’ penultimate gig of their eighteen-month tour, which was being filmed in conjunction with their finale show in Brixton’s O2 Academy. However, as I parked up I […] 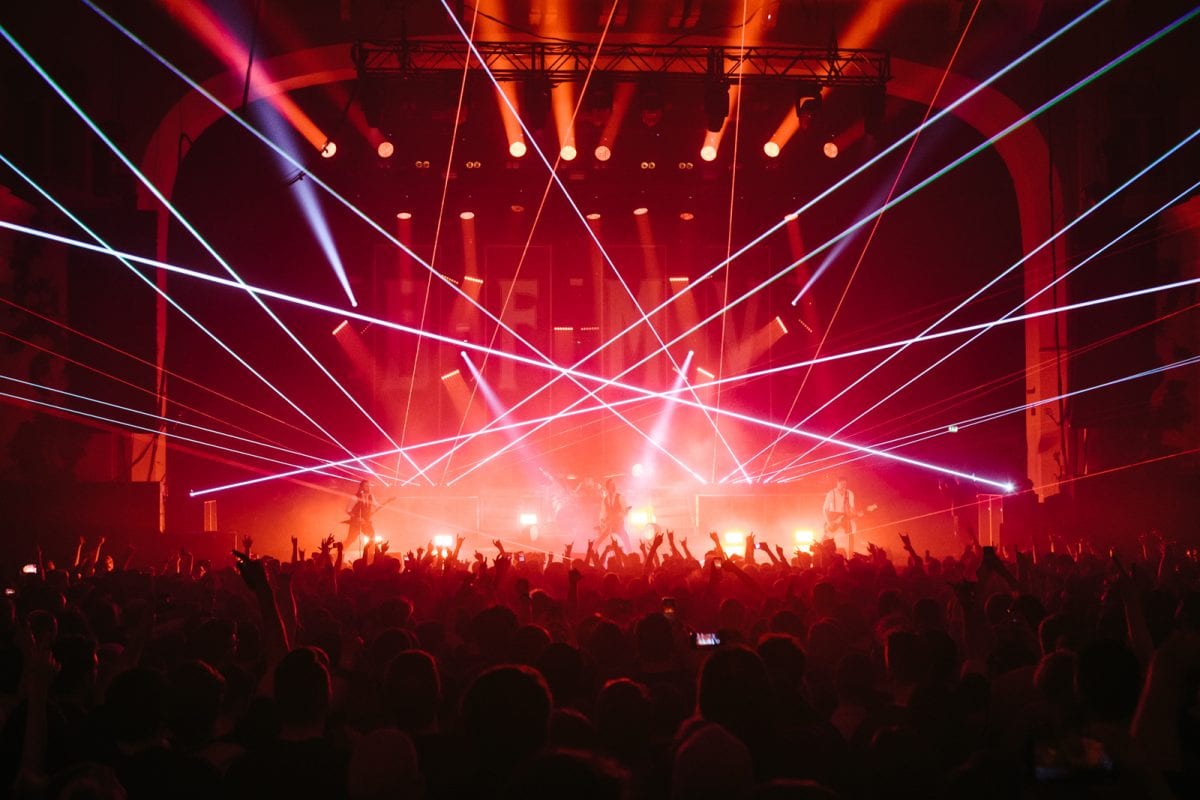 I did not get to photograph Bullet For My Valentine.

Originally, this review was going to be a photojournalism piece about the Welsh bands’ penultimate gig of their eighteen-month tour, which was being filmed in conjunction with their finale show in Brixton’s O2 Academy. However, as I parked up I received an email informing me that all of the photo passes had been revoked for the show due to concerns of safety as there were pyrotechnics being used. While a little disappointing, the promise of pillars of flames and exploding fireworks gave the show a sense of enticement and danger.

Openers Cane Hill – who named themselves after the Croydon psychiatric hospital– deliver a pleasing bent on nu metal, channeling old-skool Korn in their hip-hop stylings and the metallic lead guitar of Marilyn Manson. Elijah Witt’s voice sounds a lot like a mix of Jonathan Davis and Corey Taylor. It’s definitely a throwback sound. Their guitarist and bassist dress like, for those of you who are old enough to remember, the grungy/goth style with a chain hanging out of a pocket, partly shaved heads with long hair. Both give off a lot of energy and movement but I must say James Barnett really impressed me with the sheer array of sounds he could pull out of that guitar. The drummer, Devin Clark, makes mince meat out of what can only be described as a modestly sized drum kit. Over all it was a great performance which was perhaps underappreciated by the crowd.

Next we have the main support and metalcore heroes, Killswitch Engage. This was the first time I had see KSE since Jesse Leach re-joined the band back in 2012. The returning frontman put in an incredible performance. He decided to climb into the crowd and organise a circle pit around him [inbetween Adam announcing that Jessie had £200 in his pocket] for Rose Of Sharyn. It was great showmanship and real, personal crowd interaction, coupled with his energy on stage, jumping all over the place, throwing in some hardcore scene moves too, spitting whiskey in the air and just being a formidable front man with his size. Adam often showed off by, very impressively, one handedly finger tapping his way through sections of various songs, often using his other free hand to wave and give people the thumbs up.

Ironically, as KSE came off and the roadies and crew came on to set up for B4MV, a small fire started from what I assume was a pyro developed on the top rigging above the drummer, dripping fire down near the drop curtain. It was extinguished after a few minutes after a lot of crowd cheering. 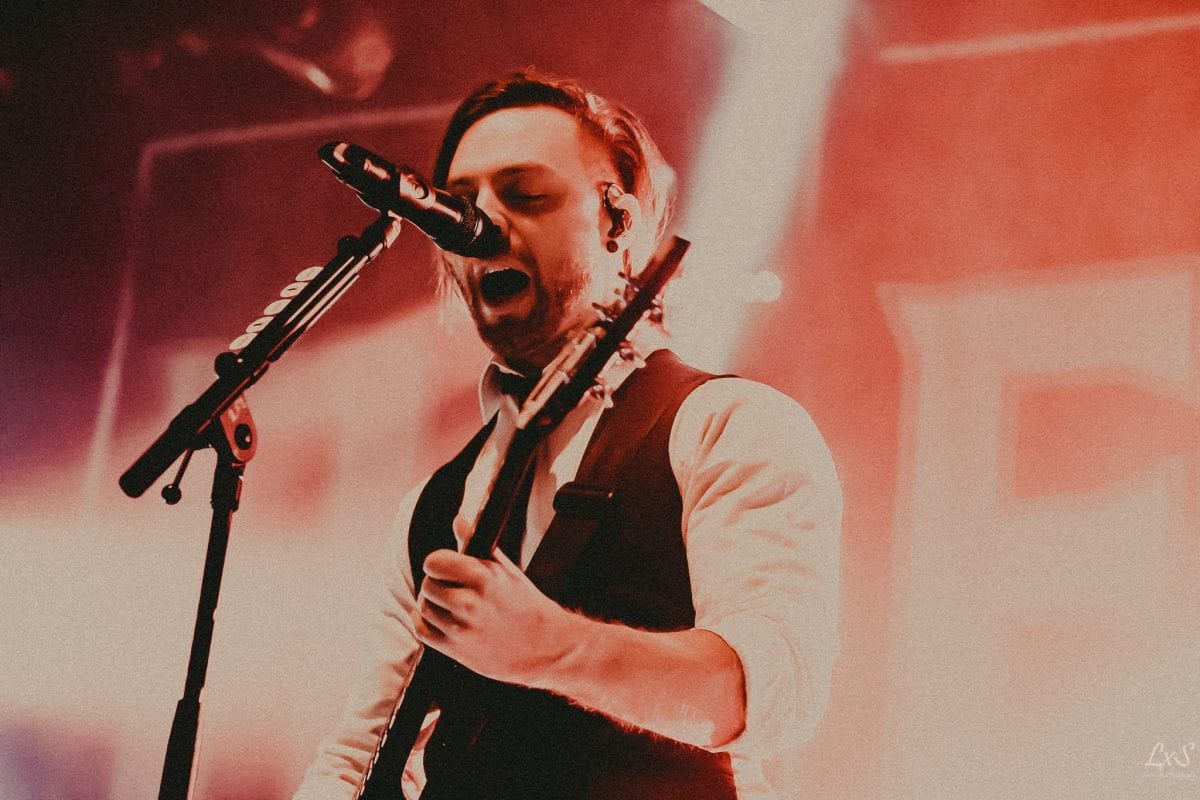 Now, the reason why we are all here. Bullet For My Valentine. Or so we thought. The lights dropped down, the anticipation went through the roof and Ace of Spades started playing, for some time. A great teaser to ramp up the crowds’ blood. When they did come on, it was done with almost grace, no one rushed, each member slowly walked out knowing they owned that venue in sharp, tightly fitted white shirts, black ties and black waist coats, or in the case of new bassist, Jamie Mathias, black suspenders. The backing lights locked on Padge as he rocketed through a few solos; a bit of spectacle. ‘The Last Fight’ is the first highlight of the night, with Matt singing a few back-and-forths with the crowd, before being joined by the rest of the band, making it a great little personal moment for all.

The hour and a half show saw the entirety of ‘The Poison’ played in full, with some newer material thrown in for good measure and was well performed considering they had been on this tour for a year and a half. So close to the end of journey, you would expect some signs of fatigue, but you could never tell from this energetic performance. ‘Tears Don’t Fall’ was what felt like the best-received song of the whole show, which was saved until the last, but one song. The song that could be argued brought them into fame is still a strongly loved song. ‘Waking The Demon’ brought the night to a close and what a night it had been. A sensational lighting array and those classic BFMV songs made it a memorable night. If you missed out then do not worry, the DVD will be out soon!