By Esin Huseyin (@esin_huseyin) Last week I got the chance to catch up with Kate, front woman of Gallows Ghost, a 6 piece band with influences in folk and electronic rock and roll. With the arrival of their EP Arrows, we get behind the band to talk about some of their best performances, hobbies, and […] 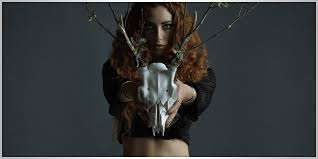 Last week I got the chance to catch up with Kate, front woman of Gallows Ghost, a 6 piece band with influences in folk and electronic rock and roll.

With the arrival of their EP Arrows, we get behind the band to talk about some of their best performances, hobbies, and influences.

TLE: For people that aren’t familiar with you guys, how would you describe your sound?

GG: We have described it as electronic rock and roll but people have come back with some things like somewhere in between ‘stark Folk’ and ‘lush Indie Rock’, ‘Cinematic’, ‘Sweeping’, ‘Melancholic’ and so it’s been brilliant hearing the different things that people are saying. I think it’s hard to place exactly, we love being a musical hybrid centaur beast!

TLE: On your website you describe yourselves as “folk inspired”; What artists are you influenced by?

GG: There are definitely roots of Folk music and I am very inspired by Sandy Denny, Shirley Collins, Linda Thompson and Burt Jansch as folk musicians but we have a huge list of what inspires us as a band and it spans over many genres! We love rock and metal, bands like Metallica and Iron Maiden, 90’s Grunge (Alice in Chains are one of my favourite bands ever). We love trip hop and are very inspired by Massive Attack and Portishead and love newer Electronic influenced music like Moderat, Alt J and Little Dragon.

TLE: Do you guys have a particular ritual when it comes to writing new stuff?

GG: Every song has it’s own process but generally we sketch it out on Garage Band as it’s a brilliant way of quickly mapping out a track for the band to then understand it’s direction before we get it in the room with live instruments and create it properly from that skeleton. The other way we write is just with vocals, bass and guitar in a very traditional way and then the electronics follow and enhance the sound from there.

TLE: What do you all do out of the studio in your downtime?

GG: We are all into different things. I like to paint and ride horses, not at the same time though, that would make a terrible picture…..Mako goes to as many funk and Prince gigs as he possibly can, he is obsessed, Lewis likes inventing weird and wonderful electronic gadgets in his basement, Jack is normally slightly inebriated in a ditch somewhere, Rachel will probably be performing in some period play and Hannah will no doubt be either practicing her cello, or fighting crime, we are convinced she is some sort of vigilante superhero.

TLE: Your EP ‘Arrows’ was released via SoundCloud, what’s your favourite track on the EP?

GG: Everyone loves a different one! I think for me personally it would be Stealth. It’s pretty dark and moody, just the way I like it!!

GG: Bestival was incredible but I think that when we played Proud for Oxjam we heard the sound through their huge system and we jumped a mile…It was enormous! And it got us really excited about the size and scale of the songs….It was a turning point for us. We also loved playing the completely opposite at Metropolis Studios where we were not plugged in to anything (no mic even! Slightly terrifying at first…) but it was an amazing atmosphere in there, we were stripped of all effects and we loved it! Very raw and beautiful.

Worse would possibly be when we played Secret Garden Party at a particular slot when, shall we say the audience were very much worse for wear. There were some interesting characters there that evening including a huge man with a tattooed face, gold teeth and a glass eye holding a chihuahua above his head the whole time, dancing right in my face. It was…..interesting.

TLE: So you guys haven’t been together for that long, around 18 months, how do you all know one another?

GG: We were in prison together…joking! We were very serendipitous in how we got together. Mako (guitar) and I started the band together and Rachel (violin) and I have known each other for a very long time. We were introduced to Hannah (cello) on the off chance by a mate and after one rehearsal we felt something special was happening. Lewis (bass/electronics) was found through a girl our manager used to date and Jack was found at a house party! Those two boys elevated it to a whole new level and so when we merged that became the creature that is Gallows Ghost.

TLE: You describe your mission as bringing “beautiful music that makes you want to dance”. What artists have you guys got playing through your headphones, at the moment, that want to make you dance?

GG: There is so much amazing new music around at the moment with fantastic beats that make you want to move in whatever way you feel! Maya Jane Coles and Moderat are so dark and beautiful. Maribou State are awesome with huge bass lines and if we just want to rock out you can’t go too wrong with Iron Maiden!!!

TLE: What can we expect from you all in the future; a full-length album, any gigs?

GG: We already have a big Beltane Spring style eve lined up at The Black Heart on the 16th April which is going to be quite a night! Lots of gigs and more music is generally the plan. We are getting back in the studio soon and can’t wait to just keep on working and keep getting better.

TLE: Lastly, for those that will be turning up on Wednesday 25th for your EP launch party, what can they expect to see?

GG: Fire balls, wolverines, ravens sending members of the crowd personal messages about their future, dry ice, and a petting zoo. We are just trying to raise the budget, so far we have £37.76. But if we don’t get that you can expect one hell of a performance and some striking, electrifying and dramatic moments that will hopefully raise some neck hairs.