The wettest - and maybe best - day of ATG yet,

by Graham Berry
in Music 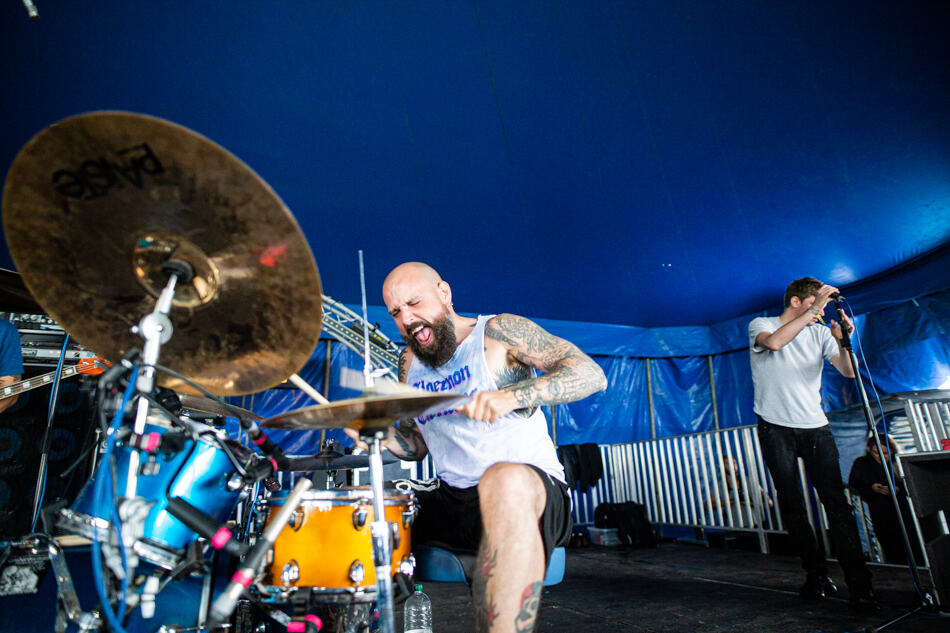 Was Friday of ATG 2019 the wettest day of Arctangent ever? It was. The festival is known for its soggy weather and hardened fans known to bring the most robust mac and boots they have, but Friday 2019 posed a test even for them.

It’s hard to complain, though, with a line-up like that. It’s wall to wall class today, with every band guaranteed a crowd thanks to the non-stop sheets of rain coming down outside. A good day to find a new favourite.

And find favourites we did, in the early doors set of AA Williams and her gothic blues, the sonic shoegaze of Slow Crush and the double drummer barrage of Cattle. That’s not to mention the return of ATG stalwarts 65daysofstatic bringing their classic party math, and a totally rockin’ stint from Jamie Lenman filling in as frontman for Black Peaks – a unique set and a total one-off blend of delightful Reuben-Peaks tracks.

Plus Battles headlining the Arc Stage. Yep – they played that song from the Honda advert.

Well worth getting a bit soggy for, then