The 12th century story of King Arthur and his gallant knights is complex, frustrating, and fraught with contradictions and impossibilities. Very few of the names and events recorded in these chronicles exist in the historical record, and so the text represents a huge historical crossword puzzle that is almost impossible to crack. But how can […]

by Jess Young
in Literature, Opinion 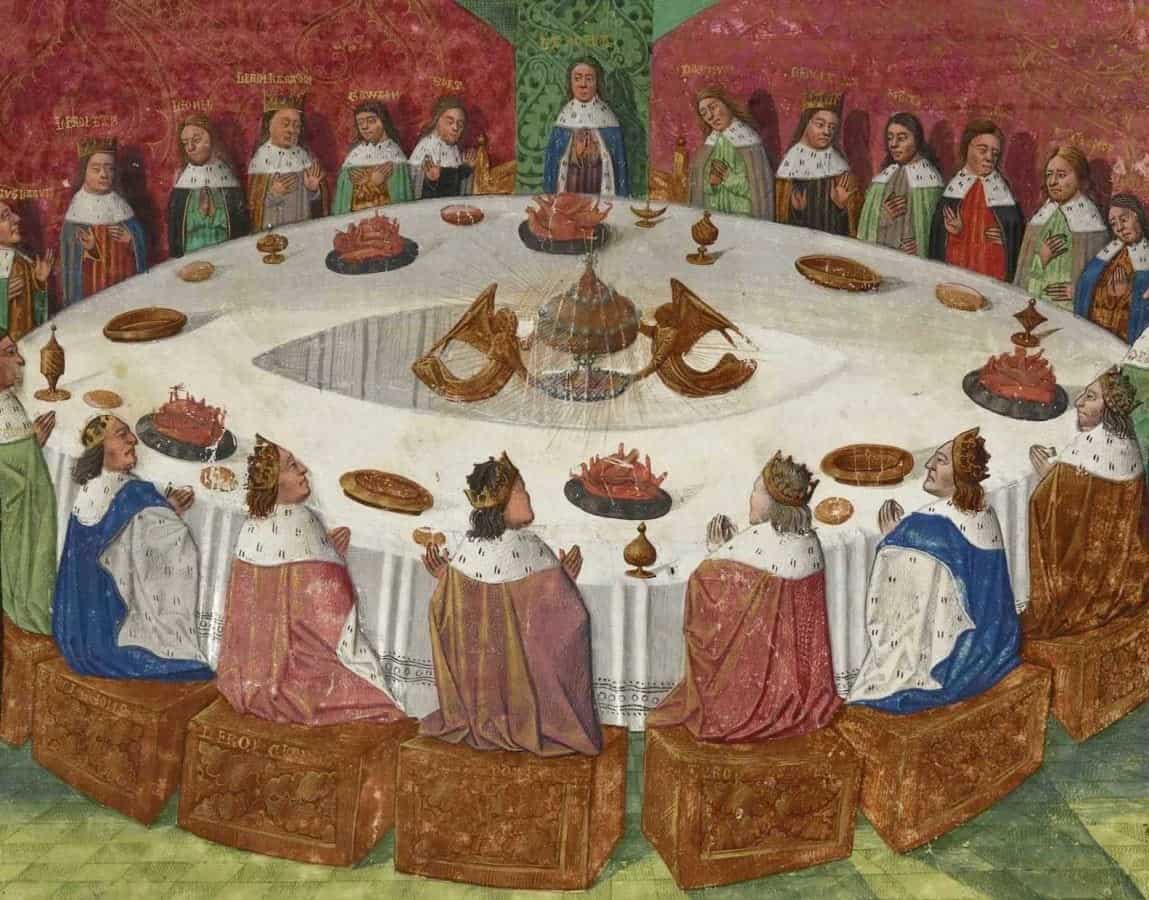 The 12th century story of King Arthur and his gallant knights is complex, frustrating, and fraught with contradictions and impossibilities. Very few of the names and events recorded in these chronicles exist in the historical record, and so the text represents a huge historical crossword puzzle that is almost impossible to crack. But how can we derive an answer for two-down in this puzzle, if we have not discovered the solution for five-across?

Arthurian history is traditionally set in the 5th or 6th centuries era of the Dark Ages – a period in British history that is not simply ‘dark’ because of an economic and social collapse following the decline and fall of the Western Roman Empire, but also ‘dark’ because it lacks any historical records.

And it is this lacuna in British history that has enabled the life of King Arthur to remain enigmatic for so long. So did a real King Arthur become mythical simply because he lived in a Dark Age era of historical phantoms? Or was a real King Arthur deliberately placed into this historical lacuna, because the 12th century chroniclers knew that they could hide a heretical history in this poorly documented era?

Several venerable British historians recorded the threadbare events of the Dark Ages, including Gildas, Bede and Nennius, but none of these chroniclers said anything about the classical King Arthur story. This threadbare history takes us all the way through to the beginning of the 12th century, when the Arthurian story suddenly blossomed. So the classical story of King Arthur is totally missing from the historical record for some 600 years. But why?

The first hint of an answer comes from Arthurian texts like High History and History of the Holy Grail, which contain some decidedly heretical accounts. From the very outset, these two manuscripts indicate that the original author of Arthurian history was Josephus Flavius, the famous 1st century Judaean historian.

Similarly, High History goes on to say that famous Arthurian characters like Sir Perceval were directly related to Joseph of Arimathaea, and separated from him by just one or two generations. But how could this be, if King Arthur was a 6th century king of Britain? Then we read that the father of Sir Perceval was a knight employed by the king of Babylon. And so it goes on.

This is the problem with Arthurian history – if we move away from the well-known text by Geoffrey of Monmouth, a chronological and geographical muddle ensues, where Arthurian heroes are alternately 6th century Norman-British, or perhaps 1st century Mesopotamian. So how can we explain this confusion?

In 1096 the First Crusade to the Holy Land was led by Baldwin of Boulogne. But Count Baldwin did not go to Judaea, he kept marching incongruously eastwards, and the first city he liberated from Muslim control was Edessa in Mesopotamia. So why was Baldwin campaigning to the east of the Euphrates? Did Baldwin already know that Edessa had been a pivotal city within the gospel stories? Is this why Arthurian history suddenly blossomed in 12th century Normandy – the homelands of Count Baldwin?

The answer to these many problems lies in my previous book, Jesus, King of Edessa, where I explained that the biblical Jesus was a warrior king of Edessa, who had led the Jewish Revolt against Rome. And that the kings of Edessa owned the Holy Grail stone, in the 1st century AD. But this slight amendment of Jesus’ status, from unknown pauper prince to influential warrior king, was decidedly heretical – the sort of material that only a secretive and initiatory organisation like the Crusading Knights Templar could possibly have handled.

But what could be done with texts that contained such a radical reevaluation of the gospel stories? The answer was for some courageous authors to craft a fictional story about heroic knights, that incorporated all of the many historical heresies contained within these novel gospel-type manuscripts. And so the twelve disciples of the Last Supper table, became the twelve knights of the Round Table.

Arthurian history does indeed say that the Arthurian table was a direct copy of the biblical table. And so the Last Supper table was actually a circular table, with the Holy Grail-stone at its center (and possibly the Arthur-Jesus character at its center too). Both the Last Supper table and the Arthurian table, were based upon the design of the zodiac, which is why the zodiac was a central icon of Nazarene Judaism. (See the magnificent zodiac at Hamat Teverya on the Sea of Galilee, or the calendrical zodiac at the Lady Mary monastery at Beit Shean, likewise on the Sea of Galilee).

So many of the motifs within Arthurian history, like the Fisher Kings and the comet that King Arthur was born under, are overt allusions to the precessional zodiac. In which case, the popular King Arthur of Britain from classical Arthurian history never existed, at least not in the manner which we expect.

In reality, the history of the new King Arthur, that had been crafted in the 12th century by the Knights Templar, represents a heretical gospel story that had been outlawed and destroyed by the Catholic Church – the gospel of the real King Jesus. This radically different gospel had survived in the East because Christian Edessa and Christian Mesopotamia had become cut off from the Roman and Constantinople Churches, isolated behind the 5th century velvet curtain of the Council of Chalcedon and behind the 7th century iron curtain of Islam. So the chronicles of Aphrahat, Ephrem, Moses of Chorene, Yohannes Drasxanakertci, Dionysius of Tel Mahre and numerous others besides, were lost to Western theology and scholarship for hundreds of years – before East met West once again during the Crusades.

The Grail Cypher: The Secrets of Arthurian History Revealed by Ralph Ellis is available now, priced £18.19 in paperback. Visit  www.edfu-books.uk

By Ralph Ellis, author of The Grail Cypher