Once upon a time I was a ten year old boy, one who had already developed a two-way communication with the bulky and sculpted wood furniture in the corner of the living room that contained the tubes and wires, cords and dials of the television innards. Yes, I actually did hide behind the blue velvet […] 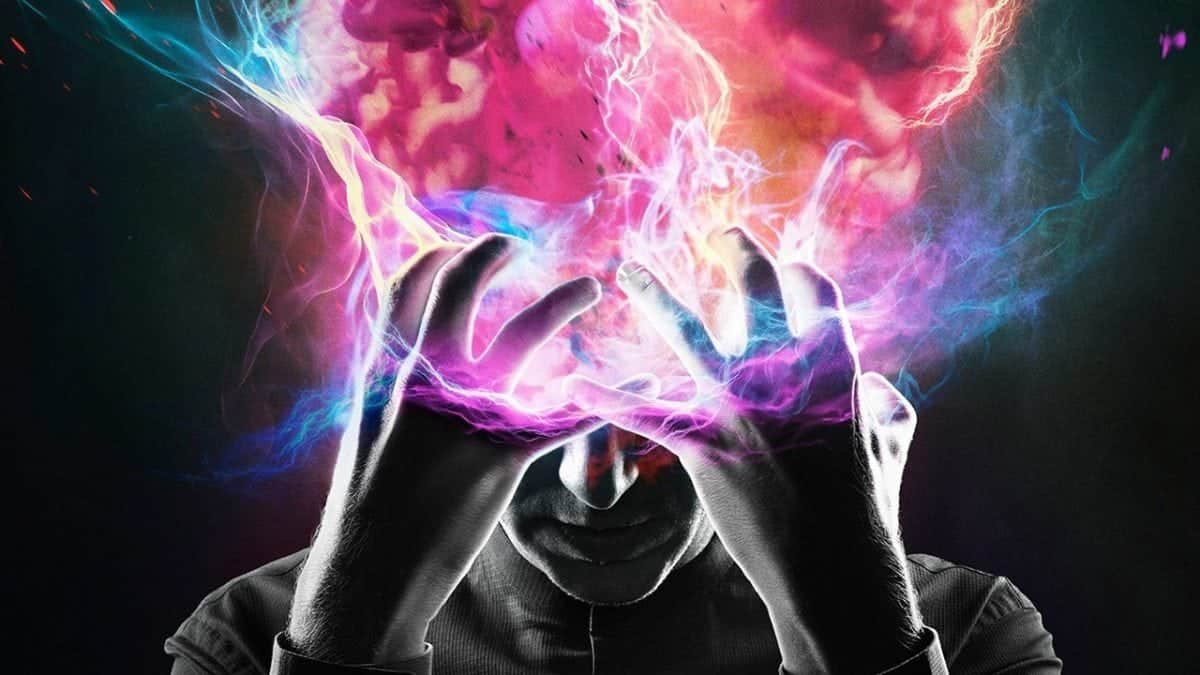 Once upon a time I was a ten year old boy, one who had already developed a two-way communication with the bulky and sculpted wood furniture in the corner of the living room that contained the tubes and wires, cords and dials of the television innards. Yes, I actually did hide behind the blue velvet couch when William Hartnell’s Doctor Who first confronted a Dalek; I also hid on the staircase when the theme music of Dick Tracy started as there was something about its opening cartoon montage that scared me. Muffins the Mule or Gumby and Pokey though, those were the friends I wished I had. Captain Kangaroo was my grandfather, my mother was re-imagined as Lucy Ricardo and her best friend Ethel Mertz was Mum’s best friend Marcella. I certainly had no need for a David Cronenberg to make Videodrome to tell me how one could be absorbed into a television.

At age ten though, something happened, something even greater. I can’t exaggerate the impact by saying that it was my realization of a world of Art that existed like Saturn’s rings above a planet of entertainment as I was already reading Dostoevsky, Dickens and Hemingway and listening to Beethoven, Puccini and Sinatra. Television as an art form though, for that Patrick McGoohan’s The Prisoner was my Thomas Berger, my Joseph Campbell. The story of the captured and resistant Number Six in a timeless, nationless Village taught me, indeed birthed me into a sensational world where stories told and yet not fully told could unlock my own (then) childish fears and hopes, bravery and doubts. One could, or at least I could, literally hear and feel the tiny clunks of lock tumblers falling into place as keys to further knowledge were turned by the hand of … a television story. It wasn’t that I knew more facts – even then there were masses of informational programs aimed at children, hosted by eminences such as Leonard Bernstein or Walter Cronkite – it was that I knew more feelings, with the voyage to one’s center much more dangerous yet much more worthwhile than any Columbus bumping into a continent. Television could, gently or harshly, teach me about my favourite topic. Me. Ever since, and it is nearly fifty years, I have waited for another television series to turn the lock, to click the tumblers, the same way as The Prisoner did. Oh sure, sure! There were lots of series in the interim that I enjoyed, loved, admired: Columbo, Mad Men, You’re the Worst, Speechless, Barney Miller, Taxi, and Broadchurch – all brilliant, all life-enhancing, all intelligent, but none opened another door of perception.

And then came Legion.

Let me ask you a few very, very, oh yes very awkward and personal questions: Are your dreams any less real than your eyes open perceptions? If you answer in the affirmative, then why? Have you not awoken from a dream clutching a pillow, perhaps screaming, perhaps shoving aside a lover, perhaps (more pleasantly) with an iron rod erection ready for romantic battle? Did your dream make you want to fight, flee or fuck? Why do we give the validity of evidential proof to our eyes, ears, touch and smell over our own minds? Does the medium of perception really matter more than what is perceived, than what is felt? Our greatest sensory organ is the imagination; why do we shove it towards the back seats on the bus of learning, the ones tagged as Unreliable?

Legion is at its surface a Superhero story, that of David Haller, the son of Charles Xavier the peerless leader of Marvel Comics’ X-Men. To be completely honest, although the wave of Superhero films and TV series sonce the turn of the millennium has been a source of great fun for me, the X-Men movies have been less than fun. The time line has been muddled time and again, Magneto has had more heel-face turns than wrestling’s Ric Flair, and trying to make sense of it all has frankly been more trouble than what it’s worth. And so, I couldn’t give less of a good goddam about Legion as an X-Men series is I tried.

But then, one evening, I was bored. The various CW superhero series of Arrow, The Flash, Supergirl and Legends of Tomorrow my weekly ‘check your brain at the door’ series were on hiatus, so I thought I’d give this new FX series a shot. Maybe the limited, eight episode run might lend it the virtue of intensity, such as Jennifer Jones enjoyed. So I downloaded the first episode and was met with this:

As developed by Fargo’s Noah Hawley, Legion is the first and only true heir to The Prisoner. That elder series was never about espionage; it was about the battle of individual, human rights against the needs of collective power. Legion is about something that is equally larger yet more intimate: How do we and how should we sift through all the sensory inputs we receive or create and decide which ones we accept as true enough to follow?

In some way or another I suppose all Superhero stories exist as an enticing metaphor leading us to an increased understanding of morality. It’s all about identification. We read or see The Green Arrow’s moral conundrums and we consider our own; would we be like The Flash’s Barry Allen and damn everything if we could save the lives of our loved ones? Legion though, oh there is something different there. Do we choose to believe what we perceive or what we are told to believe? David Haller (Dan Stevens previously best known for Downton Abbey) is told he is mentally diseased. Thus he is placed in the Clockworks (hi there, Stanley Kubrick!) mental health facility for six years. He only starts to think that he might be on the path to recovery when he falls in love with another patient named Syd Barrett (hi there, Pink Floyd!). It turns out that David has been infested by a parasite, the Shadow King, who has wanted to subvert and absorb David’s telepathic powers as its own. Complications arise.

What sets Legion apart from the burp and fart of Superhero fare is that the surface plot is secondary to the show’s meaning. Truly, if Series One had ended with David’s mind snuffed, Syd dead, the Shadow King triumphant and every other named character ripped to shreds, none of that would have mattered. The Superhero theme is the hook to draw the viewer in; it is not what the series is ‘about’.

It’s good to reflect on who you really are. #LegionFX pic.twitter.com/W8dd6R4PGN

We all have a Shadow King within us and let’s not lie about it. Oh sure you do, that nasty little impulse that you’d sooner to pretend is external and not something innate within you. Every time we do something that surprises even ourselves – have an affair, take a drug, suddenly burst into an angry opinion – we wonder where did that come from? It’s all rather like a line you’ll hear almost every week on Match of the Day. After replaying a particularly vicious tackle Alan Shearer or whomever will sadly intone, ‘He’s not that kind of player.’ Well, maybe not usually, but in that moment he certainly was that kind of player. Was that his Shadow King bursting into control?

We shape our reality via our perceptions virtually every minute of very day, yet for some reason we resist accepting that. Instead we choose to believe that what our senses relay to us is received as fact while ignoring the psychological dynamic that shifts the objective into the subjective, rather like accepting the rainbow while ignoring the sun and mist that made it appear. If you have the slightest degree of doubt over this, well take a look at your last vote. You sculpted two visions of the world from the clay or marble you imagined – one horrific (the present) – one glorious (the future). You rather stupidly (sorry) assumed the latter was or could be real and so voted for the party or candidate that spoke closest to your vision. Mind you, it might be best to mind your mind, for its perception of a glorious vision may well have been manipulated by that self-same party or candidate. Shadow Kings can take many forms, even wearing rosettes on their lapels.

Legion could be an incredibly pedantic series yet it is not, and that is because Hawley understands his medium. It is a copper thin wire that he treads yet he treads it with confidence. Legion is not afraid to dance with images, sounds, tossing all recognized concepts of time and space into the great Plot Toilet and instead stopping time and engaging us with an absolutely brilliant take on Ravel’s Bolero as conducted by Jemaine Clement.

As to the performances, you can have all the dazzling ideas you want but if there’s no one to breathe life into them, they are as meaningful as a lightning bug’s existence – amusing yet not significant.

By far, oh my sweet Lord by far the greatest performance in Legion is that of Aubrey Plaza, in equal parts David’s friend from his, shall we say, mentally damaged years, as well as one of the manifestations of the Shadow King. Plaza gets to explore and own all the facets of an evil impulse: sexual, logical, alluring, intellectual If you have any doubts or just wish to enjoy a great actor’s mastery of her art.

There is also a broader theme to Legion that harkens back to the original comic book series The X-Men. The X-Men were mutants who largely just wanted to be left alone to lead their lives but because they were different they were constantly being hunted, not just by equally powered supervillains, but by governments and populations that took any enclave of people different from themselves as therefore a threat, evil, subjects to be controlled or eradicated. In Legion, not only must David and the Summerland community of mutants who assist him battle against the Shadow King, their most immediate nemesis is the so-termed Division Three, a ’round ’em up and get rid of ’em’ section of the US government. The metaphor for the current crises faced by refugees or immigrant communities is there and it is clear.

This is a show literally mad with brilliance, thematically, visually, aurally and verbally. But just because, stripped away of all the bells and all the whistles, just because it made me question the validity of not so much what I know as it is how I know it, Legion is the first and only worthy successor to The Prisoner. Enjoy this one for your next binge watch.