By Joe Mellor, Deputy Editor Jena Friedman is a stand up comedian, actor, writer and filmmaker. She has worked as a field producer at The Daily Show with Jon Stewart and has written for Late Show with David Letterman and is now coming to our shores with her show; TLE caught up with her. You’re […] 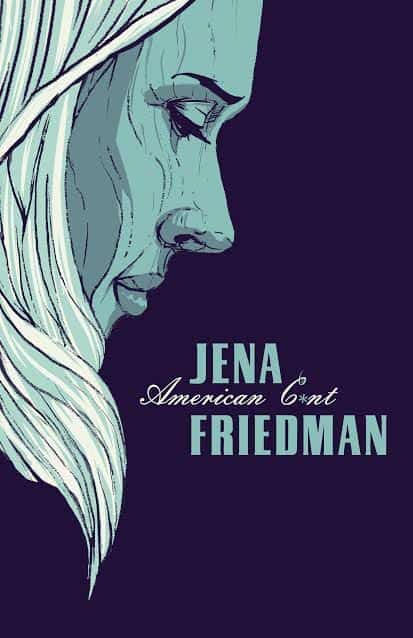 Jena Friedman is a stand up comedian, actor, writer and filmmaker. She has worked as a field producer at The Daily Show with Jon Stewart and has written for Late Show with David Letterman and is now coming to our shores with her show; TLE caught up with her.

You’re bringing your show American C**T to London’s Soho Theatre, can you tell us a bit about the show? It’s an hour of dark, political, feminist stand up comedy (and maybe also a little spoken word if the jokes don’t land).

You have already performed the show in Edinburgh in the summer, do you find British audiences react differently to American ones? I love British audiences, you have a darker comedic sensibility, I think it’s because you have bodies buries under your cities.

The name of your show is quite provocative, do you see yourself as a ‘shock’ comedian? Not at all, the name is more of a defense mechanism, I figured if I called the show American Cunt, it would weed out the more sensitive comedy fans and I wouldn’t have to apologize for the content.

You’ve been writing for the Late show and have been a producer for The Daily Show in the US, is there a difference to how you approach material when you’re writing for others and for yourself? Yes. 100%. Writing for myself isn’t a job, I’m not really getting paid. There’s no expectation to deliver. Does that mean the jokes I write for myself are better, not at all, they’re just less sanitized and more pointed to what I am trying to say.

Your show is quite political but spans a wealth of other issues as well, do you feel a responsibility as a comedian to tackle big issues or is it just something that comes up naturally? No. I talk about what I’m interested in, which at the moment is the intersection of geo-politics, media and feminism. I know that doesn’t sound funny– it’s a work in progress. As for responsibility, the only responsibility I feel is to continue to stay informed and be able to back up what I say after I say it, which is challenging. I also think it’s important for us all to talk about “hot button issues”, which a lot of people on the left are loath to do for fear of saying the wrong thing or being attacked on social media. Even if I don’t have a clear opinion on certain issues I care about, I like to delve into them because I believe just opening up a dialogue is as important. You’ve also recently interview Ken Kratz from Making a Murderer the Netflix hit, which has interestingly brought a case to world wide attention. How important do you think the internet and social media are nowadays in holding people such as politicians and other public offices to account? I appreciate how Making A Murderer shed light on the flaws of the justice system but don’t think it’s the best example as it still presented a somewhat slanted take on a complicated case, but if you look things like the Black Lives Matter movement and how that is shifting America’s consciousness to the realities of racism and injustice or how social media has been utilized to help the people of Flint and disgrace and hopefully prosecute politicians involved in the decision to contaminate a city’s water supply, as well as countless other examples, I think it’s clear what a game changer social media can be in not necessarily bringing people to justice but at least raising consciousness and holding “bad actors” accountable… wow, I sound so unfunny.

And how much do you think social media’s best use is for memes and one-liners?
I have no idea, I like to test out jokes on twitter because it’s like a notebook that talks back to me but it can also be dangerous. I am confident that at least a third of my tweets will come back to haunt me.

What comedians are you currently watching? Mostly political comedians. I really like Jim Jeffries’ stance on guns. I thought Russell Brand’s last special was quite great, as was Tiff Stevenson’s Fringe show this year. As far as America comics, we tend to be less overtly political but there are a ton I really love. Hannibal Burress, Kurt Metzger, Aparna Nancherla, Jacqueline Novak, Reggie Watts, Michael Che and Kate Berlant always make me laugh, to name a few.

As an American, what made you want to bring the show to London? Oh I don’t know, Americans are less political on a whole and less interested in comedy, whereas you guys just seem to get it.

What are you most looking forward to doing whilst here? Apartment hunting, so I’ll have a place to move if Trump becomes President.

And finally, can you use 5 words to tell us what to expect from American C**t? Expect Nothing And You Won’t Be Disappointed. Sorry that was 7 words.