In the first of our Arctangent 2016 interviews, The London Economic braved the rain to catch up with Glasgow instrumentalists Dialects. Conor and Steven talk new music, superhuman fretwork and the future of post rock. TLE: Thanks for taking the time to chat to us, Dialects. I’ve heard you’ve been busy over the last few […] 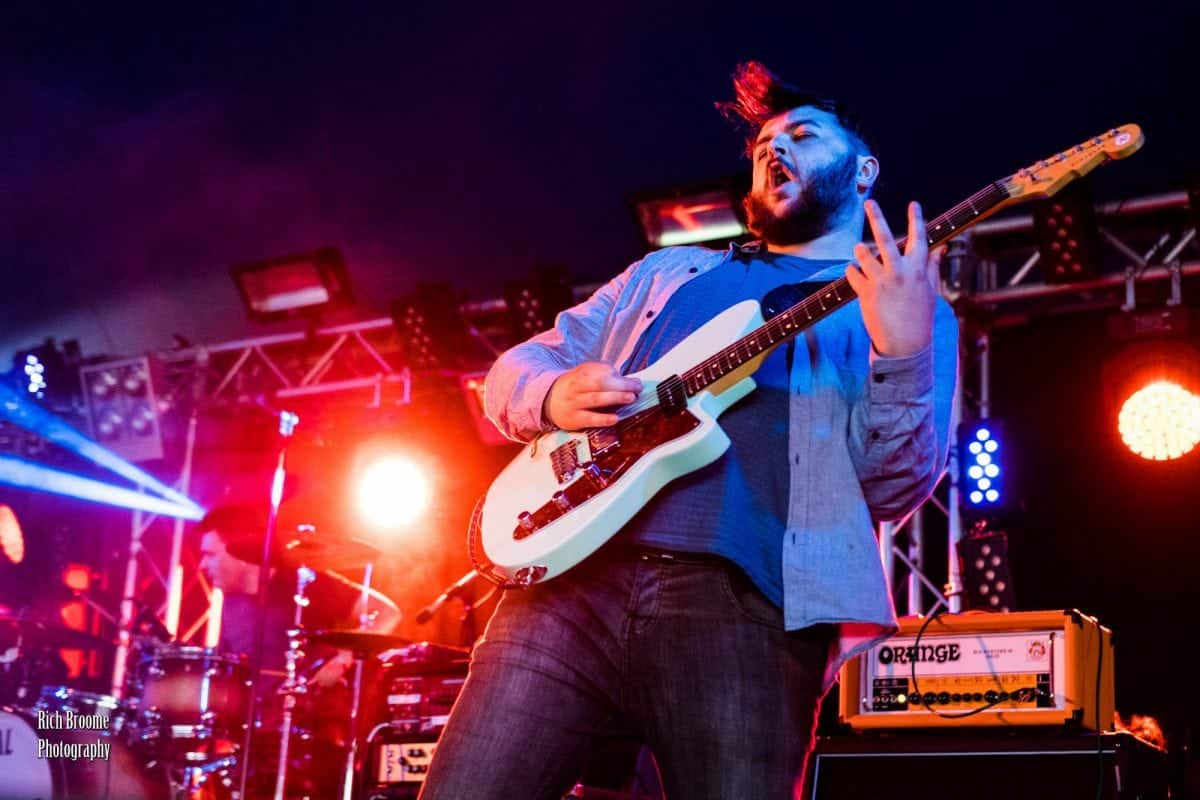 In the first of our Arctangent 2016 interviews, The London Economic braved the rain to catch up with Glasgow instrumentalists Dialects. Conor and Steven talk new music, superhuman fretwork and the future of post rock.

TLE: Thanks for taking the time to chat to us, Dialects. I’ve heard you’ve been busy over the last few days?

Conor: Oh yeah, we left Glasgow at maybe 2am on Thursday to make it down to Bristol for Arctangent to enjoy the first day. There’s loads of people we know here so it’s been good to catch up with mates.

TLE: Do you guys ever come down to Arctangent just as fans?

Conor: Yeah we have done. We missed the first year and then we came down in 2014 and obviously totally fell in love with it. ATG is the best festival for the type of music we play and love to listen to. Then I got Steve to come along the next  year to get him on board. After that we asked the organisers if we could play, and here we are.

TLE: How did your set go?

Steven: Yeah we enjoyed ourselves a lot. It’s hands down the best show we’ve ever played and the biggest crowd we’ve ever played to as well. It’s a great atmosphere, and even the smaller bands on the bill like us still get a packed-out tent coming along to watch. It’s amazing. 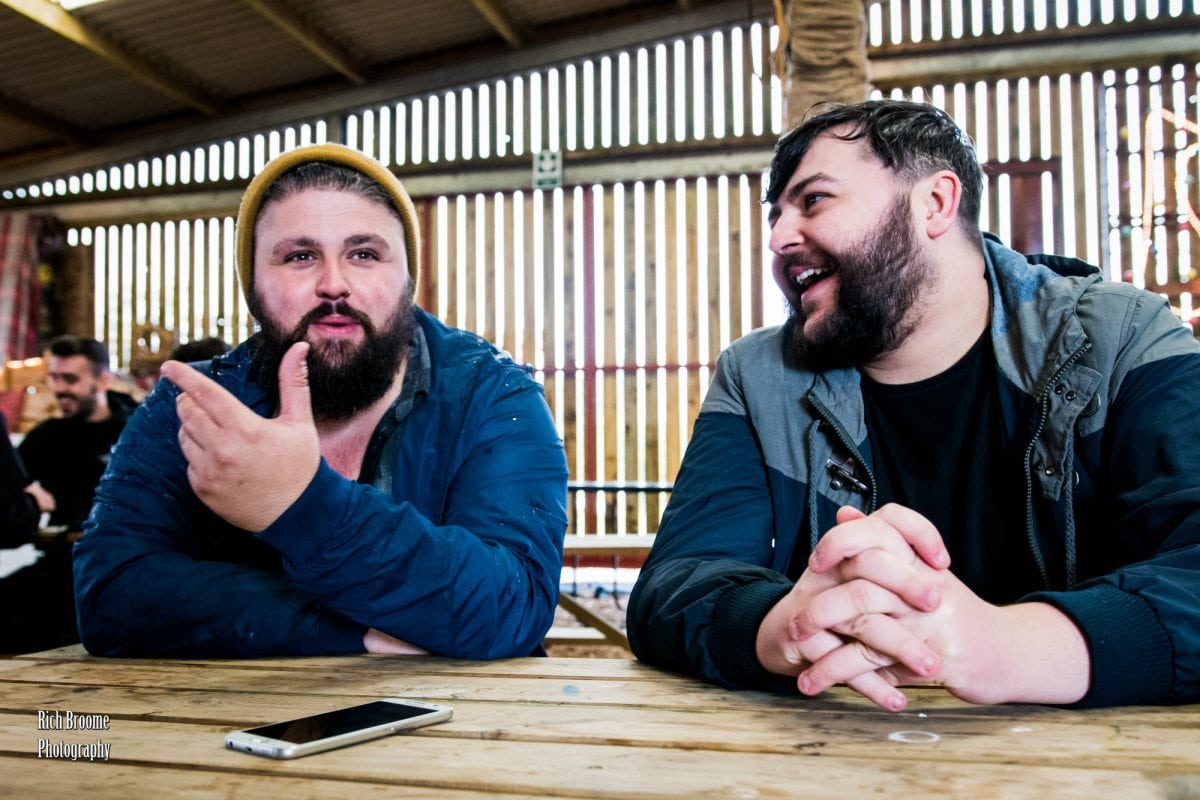 TLE: Well it’s you’re kind of crowd! There are a lot of instrumental and math rock fans at this festival.

Conor: Totally. Like I said we were big fans of ATG before we played and I think it’s different to a lot of festivals in that you want to check out everybody, you want to look up the bands before you come along so that you don’t miss out on anyone. Everyone here is just really into this type of music.

Steven: One of the most exciting bits is when the Clashfinder comes out and you have to plot and plan your zig-zag across all the stages so you catch as many bands as you can. The bill is always rammed with stuff you want to see. It’s my girlfriend’s first time here and she asked me the other day if we could have a break from watching bands – absolutely not (laughs). No time for that!

TLE: Who’s been your highlight so far?

Conor: For me it’s a tie between three bands because I genuinely can’t pick one! Polymath on the Thursday were amazing – one of the best sets I’ve ever seen. Then Three Trapped Tigers who are always incredible live.

Conor: And my third is Tiny Fingers. That was the band I was most excited to see of the whole fest.

Steven: I was down the front for them, mainly watching the bassist. There’s a lot of things he does that you would think is a synth on record but that he’s actually playing through pedals, even the more dubstep-influenced stuff. Just wild. And yeah, for me Three Trapped Tigers were the highlight. I think Adam Betts and the guys in Animals As Leaders are just superhuman. If there’s anyone out there who doesn’t believe in life on other planets I implore you to go and listen to Animals As Leaders because their stuff is unreal.

Conor: I think the guitarist has a little compartment in his fret hand that opens up and has two extra fingers in it (laughs). Madness.

Steven: Oh, and I really enjoyed Cleft, too.

Conor: Yeah great final show. I shed a little tear for them! 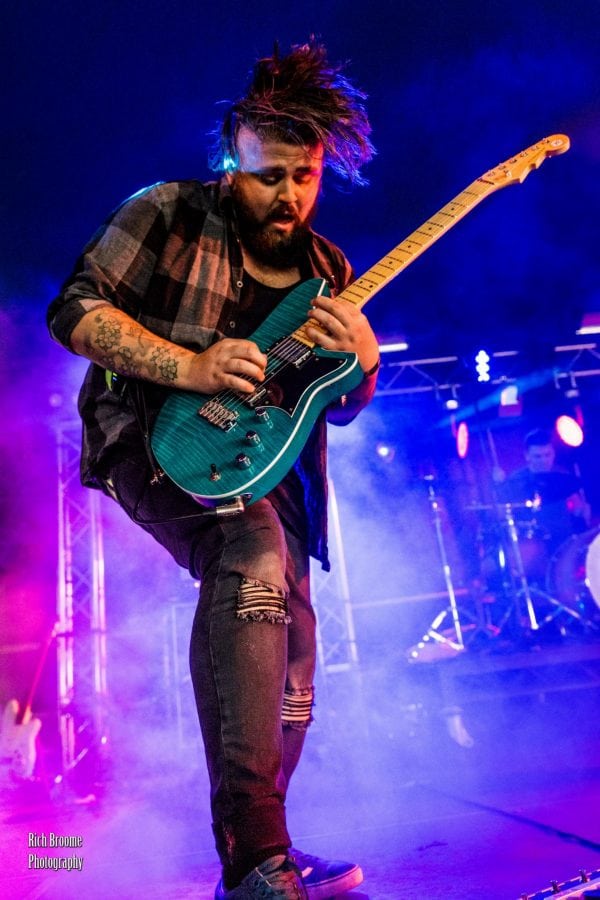 TLE: I’m glad you’re enjoying the line-up this year. There’s a bit more of a focus on post rock this time around. Last year was heavy as shit.

Conor: That was the first time I’d seen Dillinger Escape Plan. Fucking hell. I told myself I’d stand at the back and just see what it was all about, what they’re like and what the crowd is like. By the end I was just floored, like, what even is music anymore? (laughs). But the organisers always build up hype for the headliners. They always give a bit of a lead-in into what you can expect from each year.

Steven: Yeah it’s a box-ticker for the guys at Arctangent to get such a big name. But who’s next to headline? Hopefully Mogwai if they can get them!

Conor: Explosions In The Sky would go down really well. I think just in general the instrumental and ambient scenes have started to get bigger and there are a lot more bands starting to get recognition for what they do. Fingers crossed for a new wave of bands to take up the mantle of some of the other guys who have broken up recently, like maybeshewill, You Slut! and Adebisi Shank. In fact, I’m pretty sure Adebisi and You Slut! broke up in the same week!

TLE: New music, then. The EP has been out for a little while now. Any word on new material on the horizon?

Steven: Yep, LTKLTL came out last year. It was the first thing we’d done together and we sat on it for a while once it was done. We recorded the first EP in December 2013 and it didn’t come out until May last year. Then we recorded our first album in March in Glasgow. It’s called Because Your Path Is Unlike Any Other and it’s the first release with our new drummer, Liam. He came in and just smashed it, spent a shit-tonne of money and recorded all his parts in two days. He’s not phoning it in either; he really cares about the songwriting. Every spare minute he had away from work was spent working on drum parts for the band; really dedicated.

Conor: Prior to going into recording we got funding from Creative Scotland so that gave us a set time to get everything ready. We had to be really organised!

Steven: Yeah, the funding put us in a stronger position. There’s not as much money in the music industry as there used to be, and a band as far away from the mainstream as us could have difficulty finding label support. It’s great that we were able to get the album recorded to strengthen our position when we approach labels. No demos, no advances, it’s all done!

TLE: What’s next for Dialects? Are you planning to tour your new material?

Conor: We definitely want to get out on a tour before the end of the year. I think under the circumstances, with recording the album and changing drummer we’ve toured a bit less than we would have liked. We played at Canadian Music Week which was amazing. We were on for three showcases over six days and it was great to know that we could find shows outside of the UK. I think we’re all still pining for Canada a little bit!

Steven: And then we got to fly out to Chicago to record a set for Audiotree Live. So many cool bands have recorded there. Enemies played there recently too. It took a few hours after the session once we’d got back to the hostel for it all to sink in. We all looked at each other, like, ‘We’re in Chicago, fuck!’ It was very cool (laughs). For me, doing an Audiotree session and playing Arctangent are two big boxes ticked for us as a band.

TLE: It must feel good to get some validation for all the hard work you’ve put in to Dialects?

Conor: Oh yeah, absolutely. When you get a reaction from the crowd like we did today it just makes you want to do it again. A lot of people have helped us out over the years and it was heartwarming to see all those people in the crowd coming along to watch us.

Steven: A lot of people had come all the way down from Scotland.

Conor: After the set I took a box of stuff over to the merch tent and there were loads of people waiting there to chat with us. It’s been a pretty incredible experience. It’ll be a while before we get to pinch ourselves and get back to normality.

Steven: And we’ve still got about 10 phenomenal bands to watch today! It’s a good community, man. Arctangent is starting to become a bit of its own scene.

Conor: And no festival dickheads. That’s a definite plus (laughs).

Dialects Audiotree Session is out now.