The Ferryman, set in Derry in the 1981 by Jez Butterworth, comes after his last sell out 2009 show Jerusalem. As with that play the title here is ambiguous. Who is The Ferryman exactly? Is it the actual ferryman who takes hundreds of disillusioned Irish men and women to Liverpool in search of a better […] 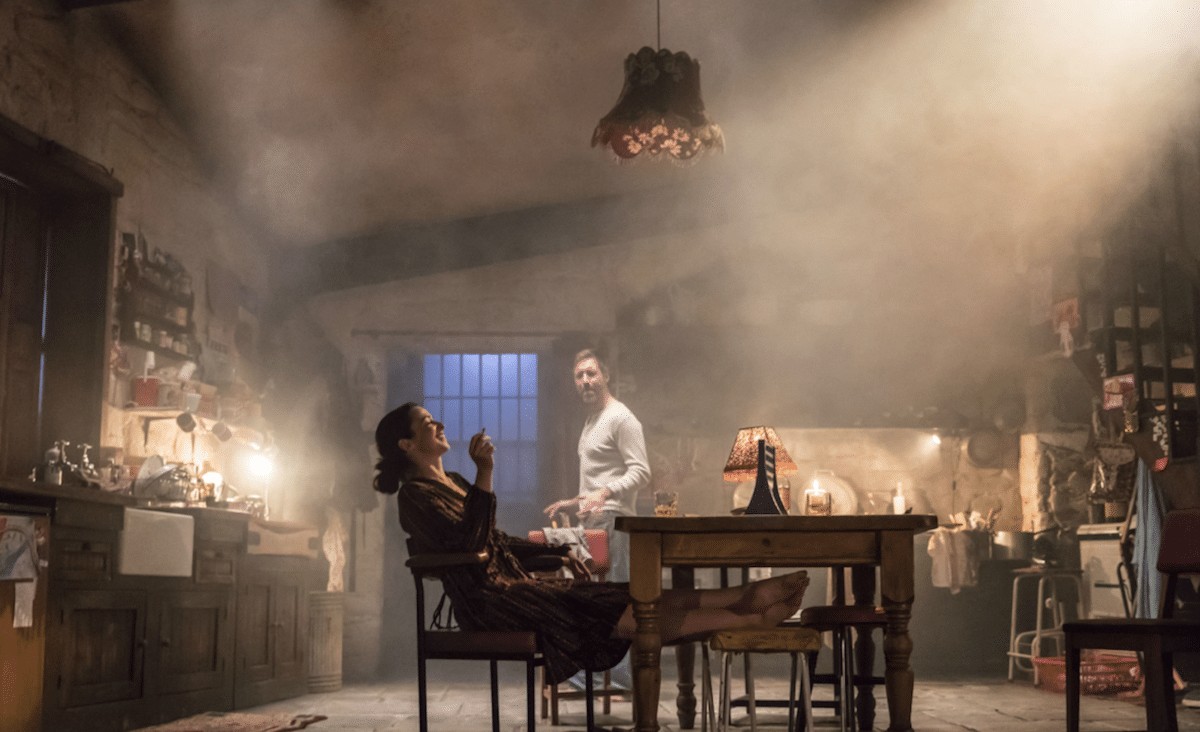 The Ferryman, set in Derry in the 1981 by Jez Butterworth, comes after his last sell out 2009 show Jerusalem. As with that play the title here is ambiguous. Who is The Ferryman exactly? Is it the actual ferryman who takes hundreds of disillusioned Irish men and women to Liverpool in search of a better life? Is it Mr Muldoon, the IRA hit man who haunts the stage with a terrifying vengefulness? Or is it Quinn Carney, who is caught in a terrifying moral dilemma?

Paddy Considine plays Quinn, a farmer and ex IRA man trying to hold it together in a huge extended family which includes the wife of his dead brother Seamus, who is one of the “Disappeared”. Like the lamp on fire which he fails to save in time in the first scene, we sense he is a man who lets fires burn until it is too late.

We sense something is not quite right with Laura Donnelly’s Caitlin, Seamus’ wife: she is all the motherly bustle, cooking for the seven children, including her fatherless son, yet there is a distance, a tension. When Genevieve O’Reilly’s Mary, Quinn’s wife enters, the sense of distance is now complete: she is the mother of six of the children, yet it is as if she might not exist at all.

The family are celebrating, it is the day of the harvest, but like ominous clouds on the horizon, Gerard Horan’s Father Horrigan arrives with tragic news. Though most of the family don’t know at first, it is the trigger for a cacophony of monologues and visits into the past peopled by banshees that become ever more real: bit by bit we learn of the lost loves and the frustrated political aims of older family members during the Easter Uprising. Into this world enters Stuart Graham’s ominous Muldoon and his henchmen.

Butterworth’s approach to the political and traumatic social upheaval and hunger strikes at the Maze is to have the characters wear the politics on their sleeves, binding the ideas of justice, freedom and sacrifice into personal relationships and communities. It is not possible to live in Ireland and not be political, the struggles shape people’s lives.

The play also questions the purpose of the hunger strikes and questions the complexities of the struggles as the Carney family approach doom.

This is an intensely naturalistic play, Sam Mendes direction is superb, beautifully capturing the rhythm of Butterworth’s sublime writing- the action unravels effortlessly before our eyes. All the ensemble members are entirely believable: it is not possible to doubt that somewhere out there this chaos of a family really exists.

Whilst Butterworth handles his material expertly, the ending seems sudden and rather more contrived and melodramatic than the rest of the play.

The last image of Considine standing alone on the stage is tragic though and is perhaps not one to be forgotten in a hurry.