As viewers took to social media to praise her performance no one was prouder of Jodie than her hometown of Skelmanthorpe, West Yorks 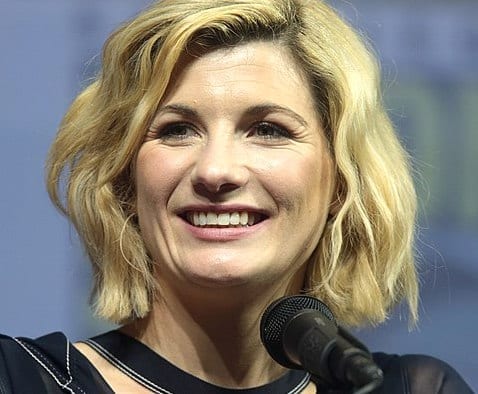 The actress who plays the first-ever female Dr Who has revealed that her home town has a rude nickname – and she is proud to be called a ‘Shat lass.’

Jodie Whittaker is from Skelmanthorpe in West Yorks which is known by locals as ‘Shat.’

The nickname is believed to be an abbreviation of the name ‘Shatterers’ given to local unskilled labourers who used to break up rocks to build the area’s first railways.

Jodie made her entrance as the 13th Doctor when she crash-landed through a train roof in last night’s episode (Sun).

Locals took to social media to praise her performance and the fact she has stuck nto her roots.

Jodie called herself a “Shat lass” when she appeared on The Graham Norton show while promoting the upcoming Doctor Who series.

Speaking to Graham, she said: “The name for me would be, ‘Oh are you a Shat lass?’ And there’s Shat taxi, Shat pizza, Shat everything! Skelmanthorpe is really long.”

Steven Harthill, 65, is the owner of SHAT travel and used to regularly pick Jodie up when she was younger, he said: “It is amazing to see Jodie is getting all the acclaim and roles she deserves.

“I used to pick her up from her pot washing shifts when she was much younger, she has always been a lovely down to earth girl.

Speaking of the taxi firms name Steve said: “If you aren’t from around here you might be a bit shocked to hear the name.

“But everyone from Skelmanthrope is proud to be called a Shat and we are all made up for Jodie and her putting our town on the map.

“Me and the whole town are so proud she is sticking to her roots and we know she will be amazing as the Doctor.”