By Callum Towler (@CallumTowler) Always ahead of the curve, wasn’t he? Almost annoying so. David Bowie’s interviews – to which I’ve dedicated a lot of time recently – reveal just how fiercely intelligent he was; always with one of those mysterious eyes fixed on the future. I wouldn’t say I’m a die-hard acolyte. Sadly, I […] 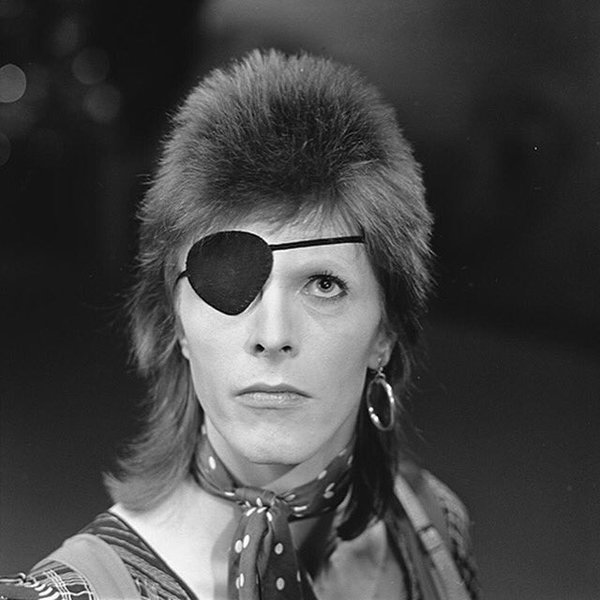 Always ahead of the curve, wasn’t he? Almost annoying so. David Bowie’s interviews – to which I’ve dedicated a lot of time recently – reveal just how fiercely intelligent he was; always with one of those mysterious eyes fixed on the future. I wouldn’t say I’m a die-hard acolyte. Sadly, I wasn’t there in the 70′s to experience the fervent anticipation that was a new Bowie album. That “what on earth is he going to do next?” feeling my Mum still remembers vividly.

The artist I knew was discovered in my Dad’s CD collection. Every album was perversely different to the next, with the mystically abstract lyrics his only through-line. Constantly in flux, his music was meant to raise questions rather than provide answers. Its beauty was in its obscurity. The melody sucks you in and, like the best artists, those timeless words reach out to you: ‘Was that meant for me?’

Bowie’s relentless shape-shifting was no accident, either. He deeply understood the fleeting essence of what it means to be “cool”. Trends existed to be defied, not followed. Whether they be prevailing attitudes to gender, sex or race, Bowie was the androgynous bi-sexual speaking out against MTV’s lack of diversity, defying the status quo at every turn. In a world that rewards you for blending in, where your quirks are to be disguised, or stamped out at school, he made it cool to be unashamedly weird.

Embodying his art meant this fascination with the future coloured his musings. In some ways, Bowie predicted the internet’s modern form back in 1999; before blogging, before social media, when computers were just bulky emailing machines collecting dust in your spare room. Even the arched eyebrow of seasoned luddite Jeremy Paxman wasn’t enough to cage his imagination. “Rock ’n’ roll is not a conveyor of rebellion,” he said “the internet has taken that on…It shows us that we’re living in total fragmentation. The potential of what it’ll do to society, both good and bad, is unimaginable, it’s exhilarating and terrifying. It’s an alien life form.”

Bowie was best placed to make such a prophecy. After all, he lived right through the dreary commodification of rock n roll – once a symbol of our culture’s subversive streak – and saw it evolve into the monetised, watered-down stadium variety barely present today. Iconic bands like The Beatles in the 60s, his turn in the 70s and The Smiths during the 80s were rock’s last countercultural torchbearers. Even if they kept their politics close to their chest, their music spoke to people’s souls, embodying a defiant spirit at the way things were. Rock died as the popular medium of defiance but that feeling found a new outlet. For Bowie, the internet shifted the balance of power to the people; the days of venerating figureheads were dead. Now we had the perfect source of self-expression, capable of challenging how we understood and organised the world around us. Suddenly, new communities could form irrespective of location. Fragmentations exploded, united by their opinions. A brave new world seemed within reach.

But, 17 years on, far from the wellspring of rebellion Bowie predicted, the Internet is, in many ways, quite a conservative force. Yes, it’s allowed me to tell you whatever the hell I think. I can tweet myself senseless about how I think Cameron’s bunch are unleashing destruction in every which way, but self-expression and action are not the same thing. Ostensibly, capitalism’s greatest triumph is the capacity to criticise it without much changing. Commentators are only partly right when they call social media an echo chamber; just as it works to reinforce existing views, its access to new media and new voices has the power to change opinion too. Yet, this rebellious edge is a side-note to the real power players currently owning the web. Traditional broadcasters arrived online armed with a recognisable brand, the cash to perpetuate an endless stream of content and advertise it in all the right places.

Twitter can be an unforgiving bear-pit at times; put a foot wrong, ever so slightly, and your reputation is toast. It’s a witch-hunt culture, documented in Jon Ronson’s brilliant book So You Think You’ve Been Publicly Shamed, that policies self-expression. Dividing issues broadly into two conflicting sides, where criticising and floating new ideas which exist outside that binary spectrum – tend to be met with scorn, even by those who share your political allegiance. Homogenising opinion, rather than setting it free.

It’s also given rise to controversy courters, jostling to stand out in the vast sea of voices by expressing extreme, even dangerous views. Would papers give Katie Hopkins an inch to express her take on anything if all the racist, hateful things she says weren’t met with such furious outrage? Attention equals power online regardless of the credibility or compassion underscoring the sentiment. With all this in mind, maybe Paxman had a point: what, after all, is cohesive about the Internet when it’s so factional, so bloody-minded, so aggressively confrontational?

As ever, I suspect Bowie is way ahead of us – expressing a vision of the future we’ve yet to fully comprehend. Because harnessed correctly, with enough time, the internet can be the rebellious force he foresaw. Already, alternative content providers, like Russia Today or prominent YouTube bloggers, are gaining ground on the broadcasting monopoly, growing in popularity as the next generation crave a world full of hope and optimism, free from the cynicism and stasis that defines our time.

But, it’ll really be subversive when the web’s ability to organise is partnered with a way of succeeding the powers that be with new, liberating ideas. The Arab Spring was typified by movements organising, through social media, the overthrow of violent dictatorships but, crucially, the medium couldn’t produce a sustainable system once control was gained. Here in the UK, Corbyn’s election to leader is due in part to the success of his online campaign. But, as refreshing as it is to see him as Labour’s leader, he’s yet to harness the internet to navigate around establishment derision and spread a message of hope directly to a still sceptical electorate. Bowie was right about the internet’s potential, it can go much further than rock n roll ever could; not only as an outlet for our ferocity but as a democratising ray of light for progressive change.