Thanks to solar power, Jamaica’s future is bright in Ira Poyser’s visionary debut novel, which imagines the Caribbean island as a powerhouse of economics, sport and global affairs. By Lucy Bryson It’s portrayed as an idyllic island blessed with blue skies, white sandy beaches and warm Caribbean seas. But away from the affluent tourist spots […]

by SWNS
in Books 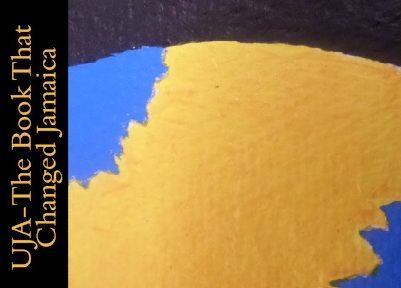 Thanks to solar power, Jamaica’s future is bright in Ira Poyser’s visionary debut novel, which imagines the Caribbean island as a powerhouse of economics, sport and global affairs.

It’s portrayed as an idyllic island blessed with blue skies, white sandy beaches and warm Caribbean seas. But away from the affluent tourist spots where holidaymakers sip expensive cocktails to reggae music lies a country struggling with crime, violence, poverty, inequality and unemployment. For all of Jamaica’s accomplishments – most notably in sport, music and culture – it has for decades remained reportedly stuck in an economic quagmire.

UJA – The Book That Changed Jamaica, cleverly imagines a future in which Jamaica escapes the impasse and lives up to its immense, untapped potential. The country harnesses one of its greatest natural resources, solar energy, to variously lift itself out of poverty and bolster its athletics talent to Olympic, world-beating dominance.

Ira Poyser’s impressive work of fiction fuses real-life events with fictional characters to create a hopeful – and realistic – vision for post-2030 Jamaica. Not without reason did respected Jamaican newspaper The Daily Gleaner describe it as having “bright, provocative moments” and succeeding in “challenge us to reflect”.

The date is a key one; Jamaica is currently several years into its ambitious Vision 30 Plan, described by the state as a “strategic road map to guide the country to achieve its goals of sustainable development and prosperity by 2030”. The book contains numerous references to real life events and characters, too. There are ‘cameos’ Jamaican dancehall megastar Shaggy, track legend Usain Bolt, and even American indie musician Ezra Furman.

A contemporary, sexually-charged romance, UJA – The Book That Changed Jamaica tells the fictional story of Khadeen and Orson “Awesome” Matisse – a power couple like no other. Orson is a former 400-metre Olympic champion who goes on to become Jamaican Prime Minister, while Khadeen is a beautiful, intellectual heavyweight with an aspirational vision for the future of the country. Set in Jamaica, New York, Chicago and Manchester, UK, the book spans a time period from the 1960s to 2031. It follows the pair’s turbulent relationship and the repercussions of publishing ‘Universalizing JA’, a book which sets out to convince their countrymen to harness the power of solar energy to transform Jamaica’s entire future.

But with great power comes great responsibility, and the most powerful couple in the country struggle to adapt to their new role as leaders.

Alongside the dramatic ups and downs of the central couple’s relationships, Poyser threads in a story of athletic achievements, a giant, uber-destructive storm, and a sports superstar – presumed dead after the storm – with a severe case of amnesia.

Doping scandals, mistaken identity, sexual transgressions (this is a fairly racy novel in places) all have a part to play, and readers also follow the fortunes of the pair’s son Leo, captain of the Jamaican Athletics Team, as he struggles to discover who he really is and where his true strengths lie.

As Orson and Khadeen overcome their differences to find their missing son, they also fight for Jamaica’s place on the world stage and discover the true strength of their own relationship.

Poyser, who splits his time between Kingston, Jamaica, and Manchester, UK, writes with warm wit and humour, and in an easy, relaxed style. But he also pulls no punches and tells it like it is; there’s an undercurrent of violence throughout, which reaches a bloody conclusion at the end of the book, before once again taking a positive turn. His book is by turns challenging, romantic and adventurous – much like Jamaica itself.

UJA – The Book that Changed Jamaica by Ira Poyser (Sculpture Enterprises) is available now  on Amazon, priced £5.09 in paperback and £4 as an eBook. For more information, go to Ira’s official Facebook page.

In this Q&A, The London Economic grabs five minutes with the author of UJA – The Book That Changed Jamaica to better understand what drove him to write his impressive debut.

Q1: Where did the idea for UJA – The Book That Changed Jamaica come from? Is solar power and its potential to bring positive change an important cause to you?

A: The idea came from the exploration of the question, ‘What will it take to improve Jamaica?’ More sustainability is constantly on my mind and practiced. Solar is just so possible here.

Q2: The book is both hopeful for Jamaica’s future and realistic about its current problems – how optimistic are you that Vision 30 will deliver on its goals to achieve prosperity, security and environmental protection for Jamaica?

A: Vision 30 is ambitious, and looking too ambitious, currently. Real pace is a massive challenge, as pace is not important in Jamaica. Very ironic, as we are some of the fastest people on earth, on the track!

Q3: Are Jamaicans generally enthusiastic about solar power? Do you think it is something that, if properly utilized, really could transform the nation?

A: Not really, it’s too expensive normally. If properly utilised, however, it could transform a sun-drenched nation.

Q4: Athletics is a key theme in the book – how important is the success of athletes such as Usain Bolt to Jamaicans’ sense of pride in their nation?

A: Absolutely massive. He and other iconic athletes as well are inspirational in many ways: on the track, in their style, through their way of life and as entrepreneurs. They are a wonderful points of pride.

Q5: What do you see as the biggest challenges to Jamaica in terms of reaching its full potential as a nation, as set out in Vision 30?

A: Ambition without skill. It’s deadly as a combination. Can you really systematically work towards your vision with pace? If the answer is yes, then super. Jamaica needs to be more honest and skilful.

Q6: Do you have any aspirations to work in the field of politics yourself?

Q7: Jamaica is often represented in the press as either a beach paradise or a violent, dangerous place unsafe for visitors outside of closed condominiums -are either of these stereotypes close to reality?

A: The paradise is very true. Being unsafe for visitors outside of condominiums is untrue. Most of Jamaica are happy to see curious people wandering about.

Q8: Where would you personally like to see Jamaica in 2031 – in terms of economic, political and athletic success?

A: With the nation’s economics, I’d like to see it working its way out of serious, multi-generational debt. More of the population need to contribute more to make a country, and this comes with higher wages. As far as politics is concerned, well, can we do without normal politicians? In the field of athletics I’d like to see the second generation of track and field beating the rest of the world.

Q9: Violence is perhaps inevitably a part of the storyline – is violent crime in Jamaica something that has personally touched your life?

A: No, yet even in paradise, we are constantly aware and vigilant because it is a place where crime can touch the public, like any other place. The stats and truth mostly show killers killing killers.

Q10: How successful do you think the education system is in Jamaica, in terms of offering young people a successful future?

A: Again, it flatters to deceive. Rather like solar energy, education is expensive and basic education, never mind, degree education, may be unaffordable. Still too few get a chance for education making a difference.