Greatness Ogholi’s voice rings out, as deep and clear as a Brita filtered volcanic river. It is a voice at once melodious and dramatic, serious, yet light with rogueish charm. I’m already game to join his political party, and all he’s done is the opening monologue. This is New Nigerians, a revolutionary play by Oladipo […] 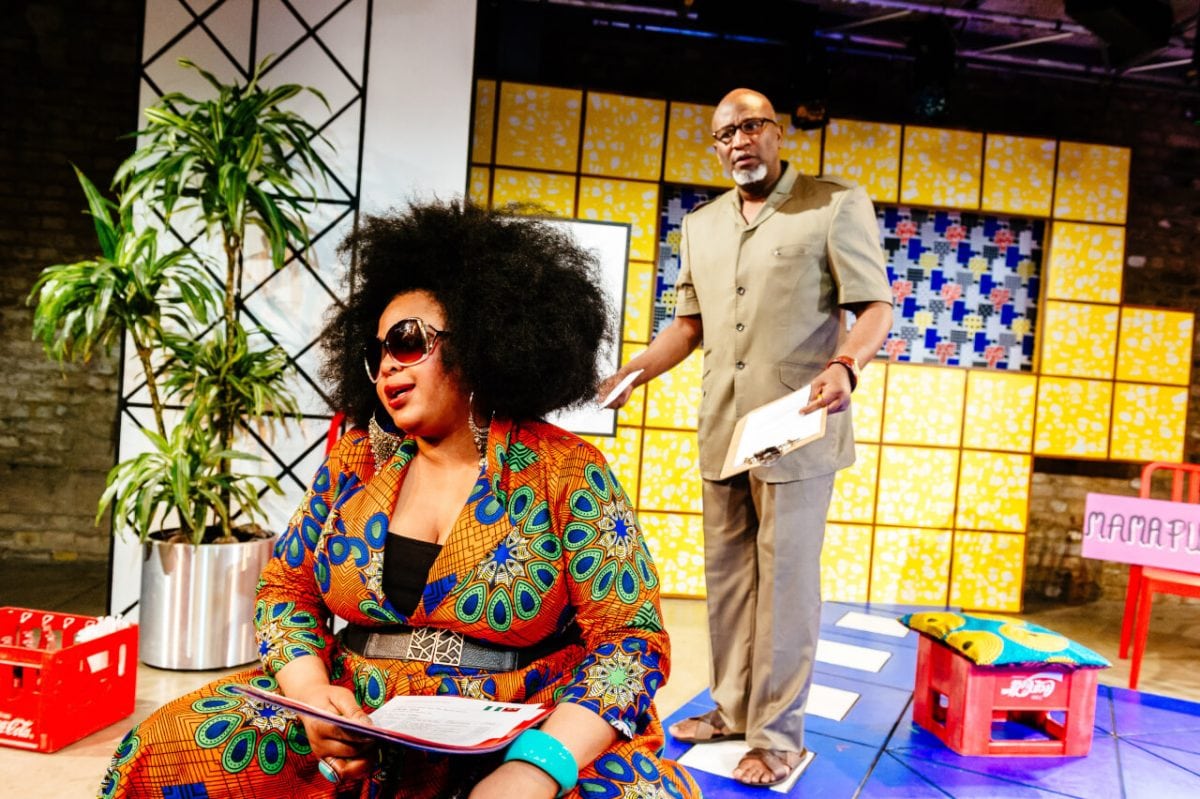 Greatness Ogholi’s voice rings out, as deep and clear as a Brita filtered volcanic river. It is a voice at once melodious and dramatic, serious, yet light with rogueish charm. I’m already game to join his political party, and all he’s done is the opening monologue. This is New Nigerians, a revolutionary play by Oladipo Agboluaje at the start of its debut run at the Arcola Theatre.

I could listen to Greatness, as played by Patrice Naiambana, all damn day. He could narrate Boring McSnoozefest’s latest accountancy-themed tragic play It’s Accrual World, and I’d still be well into it. Throw in resident readers-of-things Morgan Freeman, Sir David Attenborough and Mr Jones the history teacher from my secondary school, and I’d be liable to shrug off the oppressive shackles of artistic expression and run away with a chartered accountant from Swindon. Such is my delight in Patrice Naiambana’s heavenly voice.

I think I’ve probably hammered that point home sufficiently now. Besides, if Naiambana was allowed to narrate the entire performance, we’d be missing out on some real gems – namely Gbemisola Ikumelo as “Power at any cost” Chinasa, and Tunde Euba’s slippery Dauladi. For a cast of three, the stage feels full and vibrant, pulsing with comedic and provocative energy. This is Nigeria. Greatness Ogholi is running as a presidential candidate in the upcoming election, alongside his running mate – and potentially the first female VP – Chinasa Umezurike. Following in the huge footsteps of his socialist father, Greatness must first convince union leader Comrade Edobor to endorse his candidacy before he even has the vaguest chance of election. What follows is a snappy, 100 minute voyage through Greatness’ political and personal endeavours as he juggles keeping his running mate out of trouble, charming his ex-wife, and most importantly of all, getting on the ballot.

Agboulaje’s play is quick-witted and endearing; by setting the audience as new members of Greatness’ political party, Naiambana speaks directly to us through the fourth wall, and by the end of the play you want to meet him in the bar just to catch up. The bold and bright African prints re-create a vibrant Nigeria, from the costumes to the cushions on the audiences’ chairs.

We are there: in a time of political unrest, it’s hard even for those with the best intentions to know where to turn.