The family of an artist who created paintings inspired by her terminal skin cancer and the way it made her body feel are hosting a posthumous exhibition of her work. Mother-of-three Lori Murdock began making the colourful and uplifting art after being told she had just months to live. Her family said the paintings were […] 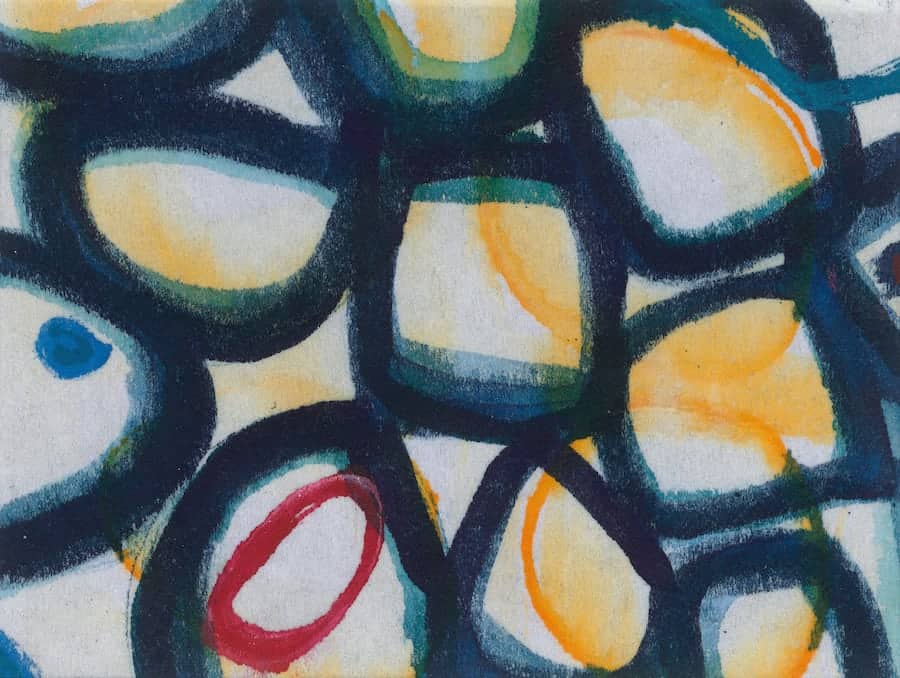 The family of an artist who created paintings inspired by her terminal skin cancer and the way it made her body feel are hosting a posthumous exhibition of her work.

Mother-of-three Lori Murdock began making the colourful and uplifting art after being told she had just months to live.

Her family said the paintings were inspired by changes she could feel going on inside her body and the Cat scan images which revealed her cancer.

Lori made more than one hundred paintings before she lost her battle with melanoma, the deadliest form of skin cancer, in 2015.

She made a series of works which had names like Cat and Cells – direct references to the condition that inspired them.

Sadly Lori, of Topsham, near Exeter in Devon, did not live long enought to see the collection go on display.

But her proud children Hannah, 38, Tom, 35, and Leah, 32, have now organised an exhibition of the paintings to be held this weekend.

Around 50 paintings will be on show, with many original artworks and prints offered for sale in aid of cancer charities Lori supported.

Son Tom said: “Mum’s mind was obviously consumed by her diagnosis and that came out in her art. She said it happened subconsciously at first and then she explored the idea.

“Although these paintings come from a dark place they still make us happy to look at them. They are unique and beautiful, like she was.”

Lori went to art school in the 1990s but later studied law and practiced as a solicitor and lecturer.

She didn’t take up art again seriously until her diagnosis forced her to retire from work.

Lori also used her retirement to campaign for greater awareness of melanoma, speaking at international conferences.

The keen sailor also circumnavigated the UK in a small boat, with her pet dog Betty for company, to raise funds for charities Force and Hospicecare.

Her family hope the exhibition will help to continue that effort, this time through her paintings.

Daughter Hannah said: “Lori was excited about the idea of exhibiting these paintings so we felt it was only right to put them on display for her.

“They are quite powerful when you see them all together. It is also a nice thought that we can carry on her fundraising effort thanks to her art.”

Lori was diagnosed with malignant melanoma – a type of cancer that begins in the skin’s pigmentation system – in September 2009.

Doctors told her in July 2012 there was no cure for the advanced (stage IV) form of cancer that had spread around her body.

Despite being given only nine months to live, she defied the odds by fighting the cancer for much longer than expected.

Lori, who died aged 60, also became the subject of a fundraising campaign herself when she was told potentially life-saving drugs were not available to her on the NHS.

Doctors told her the only therapy available was tumour infiltrating lymphocytes (TIL) – using a type of white blood cells to kill cancer cells.

Lori asked members of the public to give £1 each, hoping if enough people made a donation it could leave her cancer-free.

Speaking at the time, Lori said: “I’m a positive person, and I like to make the most of life. I don’t want to be on my death bed wishing I’d been more cheerful.

“You have to get on with life, and make the most of every single day.”

The exhibition will be held at the Assembly Room at the Salutation in Topsham on Saturday, with a launch event on Friday evening.

Lori’s family are covering all costs of hosting the exhibition so every penny spent on art will go directly to charity.