Wood and Rock, by Su Shi, will be sold by Christie's and is one of the important pieces of Chinese artwork to ever be auctioned

by Joe Mellor
in Arts, Entertainment, Must Reads

An 11th Century ink-painting by one of the most important figures in Chinese history is set to sell for more than £40 million.

Wood and Rock, which will headline Christie’s Hong Kong Autumn Sale, is the work of Su Shi, the pre-eminent scholar of the Song Dynasty.

Su Shi lived from 1037 until 1101 and was an esteemed scholar, writer, poet, painter, calligrapher and statesman – the Leonardo Da Vinci of his time. 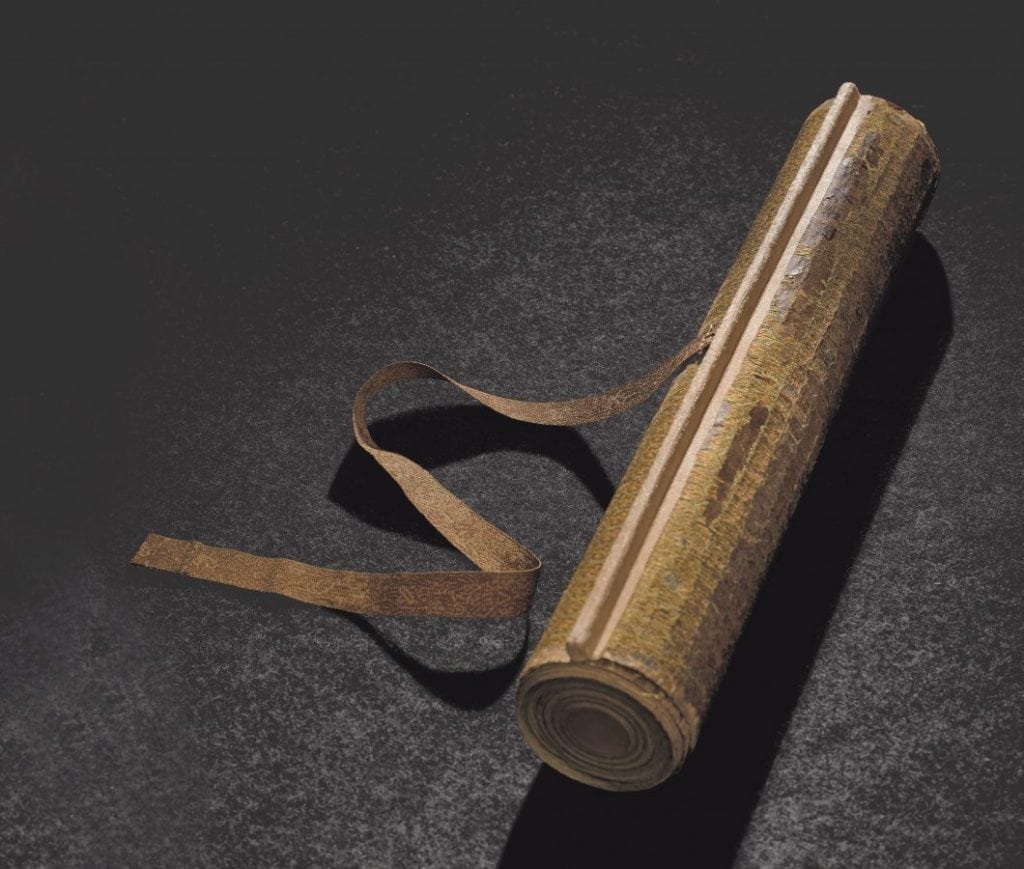 The polymath’s work of art is an ink-on-paper scroll which depicts withered tree branches standing dignified alongside a curiously-shaped rock, which resembles, according to one critic, giant creatures and dragons appearing and disappearing from stormy seas.

The painting is part of an extended scroll which includes calligraphy by Mi Fu – a
renowned painter and calligrapher and a contemporary of Su Shi.

Both Su Shi and Mi Fu are amongst the four most celebrated calligraphy masters of the Song period.

Christie’s has announced it will be selling the scroll on November 28 in Hong Kong where it has been given a guide price of £40 million.

However, historically important pieces of Chinese art, whether they are bowls, manuscripts or other items linked to Emperors are known to vastly exceed auction estimates.

Only a tiny number of paintings by Su Shi exist. With the scroll’s rarity and the artist’s importance, it is set to be one of the most important works of art ever to come to auction.

The auction house has described the scroll as “one of the most important Chinese artworks ever offered at auction”.

Jonathan Stone, co-chairman of Asian Art at Christie’s in Hong Kong, said: “Being able to offer at auction a work of such historic and cultural significance as Wood and Rock is the kind of moment that we live for at Christie’s.”

Su Shi is to the Chinese tradition of literature and visual arts what Leonardo da Vinci is to the European tradition of painting and invention, according to experts at Christie’s.

“Su Shi’s name is synonymous with the maximum creative potential of the human condition — he is at the apex of creative possibility.”