Analysts had predicted that the economy would shrink by 0.3 per cent for the month. 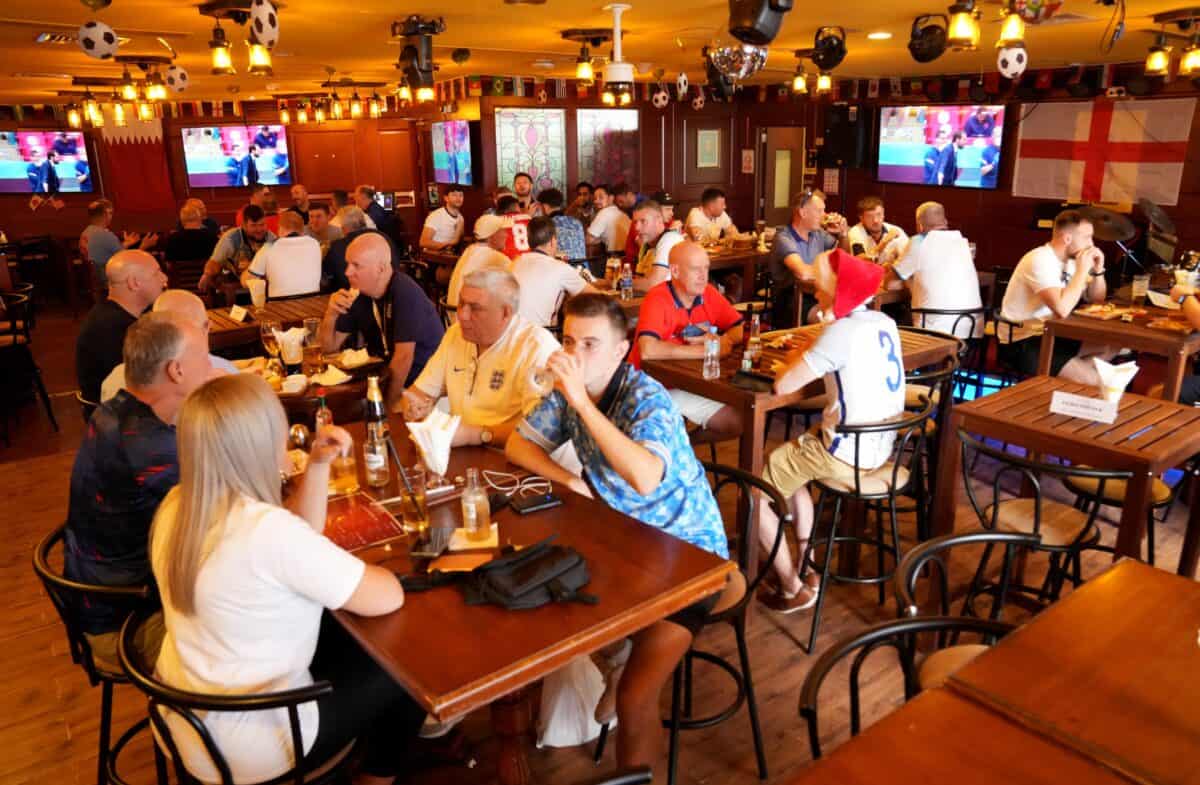 The UK economy unexpectedly grew in November and reduced the risk of the country entering a recession, according to official figures.

The Office for National Statistics (ONS) recorded an increase of 0.1 per cent as the services sector remained in growth despite the soaring cost of living.

Experts at the ONS said the slight rise was supported by the technology sector and a strong showing by pubs and bars amid a boost from the winter World Cup in Qatar.

It nevertheless represented a slowdown in growth after GDP increased by 0.5 per cent in October.

Analysts had predicted the economy would shrink by 0.3 per cent for November.

ONS director of economic statistics Darren Morgan said: “The economy grew a little in November, with increases in telecommunications and computer programming helping to push the economy forward.

“Pubs and bars also did well as people went out to watch World Cup games.

“This was partially offset by further falls in some manufacturing industries, including the often-erratic pharmaceutical industry, as well as falls in transport and postal, partially due to the impact of strikes.

“Over the last three months, however, the economy still shrank – mainly due to the impact of the extra bank holiday for the funeral of Her Majesty Queen Elizabeth in September.”

Consumer-facing industries were the biggest growth driver of the month, witnessing a 0.4 per cent increase amid a lift from higher food and drink sales during the World Cup.

The service sector also grew by 0.2 per cent as more punters visited pubs and other venues, although this still reflected a slowdown from a 0.7 per cent rise a month earlier.

In November, the construction sector saw growth fall away as it stayed flat for the month following a 0.4 per cent rise in October.

Elsewhere, manufacturing was the main cause of a 0.2 per cent decline in the production sector for the period.

The ONS added that GDP still contracted by 0.3 per cent over the three months to November despite the latest growth.

The economy also declined by 0.3 per cent in the third quarter of 2022 and would therefore enter a technical recession if a further fall is recorded for the final quarter of the year.

Economists have suggested that the latest data makes it less clear whether the UK will have entered a recession at the end of last year.

Kitty Ussher, chief economist at the Institute of Directors, said: “This is stronger activity than was expected for November and so will further contribute to the improvement in market sentiment we have seen in the last few weeks.

“Given we know the economy also grew in October – albeit driven by a rebound from the period of state mourning – it is no longer certain that the economy will meet the technical definition of a recession when the final data for 2022 is in.”

It comes as inflation started to cool down in November, dropping to 10.7 per cent from a 41-year-high of 11.1 per cent a month earlier, and it is expected to drop further through 2023.

Chancellor of the Exchequer Jeremy Hunt said: “We have a clear plan to halve inflation this year – an insidious hidden tax which has led to hikes in interest rates and mortgage costs, holding back growth here and around the world.

“To support families through this tough patch, we will provide an average of £3,500 support for every household over this year and next – but the most important help we can give is to stick to the plan to halve inflation this year so we get the economy growing again.”

Rachel Reeves, Labour’s shadow Chancellor, said: “Today’s results are just another page in the book of failure that is the Tory record on growth.

“The news of further economic pain will be deeply concerning to families already struggling with the soaring cost of living.”