In March the currency's deprecating value triggered huge queues to withdraw money from ATMs across Russia. 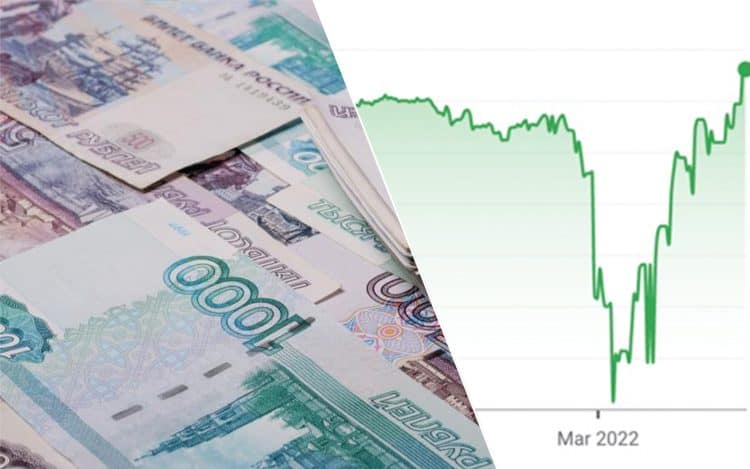 The Russian rouble has rebounded to hit a two-year high against the euro.

In March, the currency dropped 40 per cent since the start of the year following the outbreak of the war in Ukraine.

The currency’s deprecating value triggered huge queues to withdraw money from ATMs across Russia amid fears banks could limit withdrawal amounts and that cards could cease to function.

Russia has been subjected to sweeping sanctions from foreign governments and organisations since the invasion, with PayPal, Visa, Mastercard and Amex all suspending operations in the wake of Western nations banning seven Russian banks from using Swift, the global provider of secure financial messing services.

But a rebound came this week helped by tax payments that companies are due to make and an impending central bank rate decision on Friday.

The rouble was 3 per cent stronger against the dollar at 73.17, hovering around levels seen before February 24th, when Russia sent tens of thousands of troops to Ukraine.

The currency was supported by a record 3 trillion roubles ($40.25 billion) that companies are due to pay in taxes this month, according to analysts surveyed by Reuters.

To make the payments, some export-focused firms need to sell foreign currency.

The tax boost may push the rouble higher, said Veles Capital in a note, but an expected rate cut by the central bank on Friday may dampen optimism.

In another sign that the state wants to stimulate economic growth, President Vladimir Putin on Monday proposed reducing the subsidised mortgage rate to 9 per cent from 12 per cent.

At a televised meeting on the economy, Putin praised the central bank’s and government’s “timely” decisions in helping stabilise the economic situation.