Revenues for Ladbrokes owner Entain hit £3.6 billion in 2020 as bored households turning to online gambling and casino games during lockdowns. 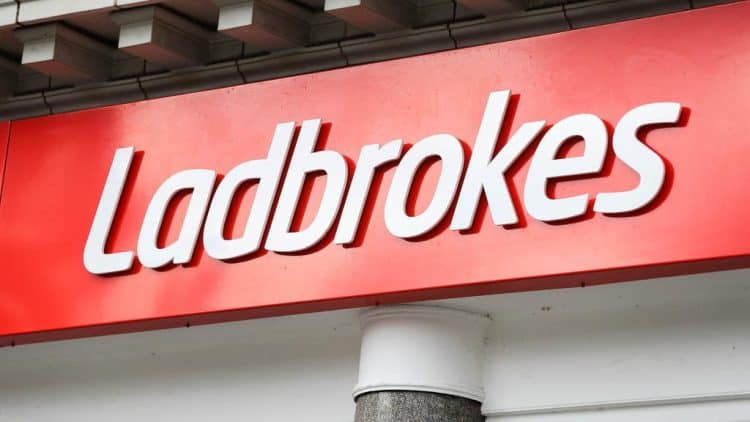 Bookmaker Ladbrokes claimed nearly £102 million from the furlough scheme, despite seeing soaring sales in online bets during the pandemic.

According to accounts published on Companies House, the company made claims of £57.5 million in 2020. A further £44 million was claimed in 2021.

Ladbrokes is owned by global betting giant Entain, which enjoyed huge boosts in profits during the Covid-19 crisis as bored households turning to online gambling and casino games during lockdowns.

Late last year it was approached for a possible takeover, valuing the business at around £16 billion, although US rival Draftkings ultimately walked away.

The company’s betting shops, which also include Coral, were closed for long stretches during 2020 and missed out on revenues due to sporting events being cancelled.

All companies impacted by the pandemic were allowed to claim from the Government’s Covid furlough scheme.

However, some that claimed have subsequently returned the cash after results during the period were better than expected – particularly for businesses with strong online operations alongside shuttered high street operations.

But Ladbrokes has declined to repay the furlough money saved.

Revenues for Entain in 2020 hit £3.6 billion – unchanged on the previous year with pre-tax profits of £114 million.

A spokesman for Entain said: “The furlough scheme was a sensible and highly welcome policy intervention that helped us, as one of the country’s largest retailers, to maintain the livelihoods of more than 14,000 retail colleagues on full pay.

“Whilst the virus is still with us and the outlook, although improving, is still far from certain, the board will continue to keep the situation under review.”

Rival William Hill repaid £24.5 million in furlough money claimed, whilst Paddy Power owner Flutter did not make any claims for furlough cash – although both have a smaller number of sites compared to Ladbrokes and Coral.