"More concerning, July’s GDP remains below the level seen in May, pointing to an overall contraction over the first two months of summer." 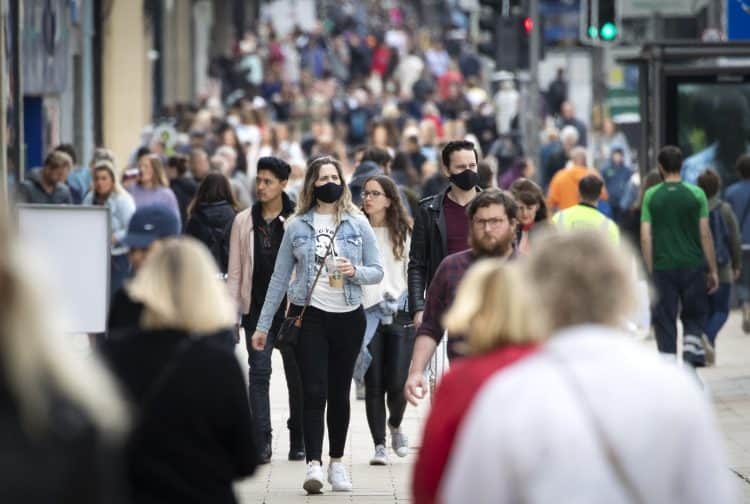 Britain’s economy staged a modest rebound in July after contracting in June, but growth was held back by the searing heatwave and pressure from rocketing prices, official figures show. Also Inflation has soared to a 40-year high of 10.1 per cent.

It comes as the Bank of England could be forced to hike interest rates to their highest level since October 2008 to offset Liz Truss’s around £150bn energy support stoking inflation, City economists have warned reports City Am.

The Office for National Statistics (ONS) said gross domestic product (GDP) rose by 0.2% between June and July following a drop of 0.6% in the previous month, when output was affected by the Queen’s Platinum Jubilee bank holiday.

But July’s growth was lower than the 0.3% expected by most economists and still leaves the economy at risk of dropping into a recession as the cost-of-living crisis hits households and businesses.

The ONS said GDP was flat in the three months to July compared with the previous three months.

The figures showed the services sector was the biggest driver of the July pick-up, growing by 0.4% over the month following a 0.5% drop in the sector between May and June.

But record hot temperatures in July meant there were some lost working days, in particular in the construction sector as it was too hot for workers to go on sites, while there was also lower usage of electricity, which knocked the production industry.

The ONS said soaring costs were flagged in particular as a hit to growth in sectors such as construction, which contracted by 0.8% in July, while production fell by 0.3%.

“More concerning, July’s GDP remains below the level seen in May, pointing to an overall contraction over the first two months of summer,” she said.

“This ties into a downbeat outlook for the UK economy which could see another shallow recession from the end of this year, driven by the ongoing squeeze on households’ income and a rising cost burden for businesses.

“While nearly £170 billion worth of fiscal measures announced last week may be sufficient to avoid a deeper economic slump, these will be partly offset by tighter Bank of England monetary policy focused on combating the high levels of inflation.”

Experts believe the extra public holiday for the Queen’s funeral on September 19 could affect growth again this month, with Pantheon Macroeconomics pencilling in a 0.2% hit to GDP from the lost working day.

Samuel Tombs, chief UK economist at Pantheon, said this means a technical recession – as defined by two quarters in row of falling output – is now “hanging in the balance” after the economy contracted by 0.1% between April and June.

He said that while the Government’s move to cap energy prices will help households and businesses, interest rate rises will still heap pressure on consumers.

He said: “The main threat to the economic outlook now comes from an excessive tightening of monetary policy, but we think that the MPC (Monetary Policy Committee) will see sense soon.”

“Accordingly, we continue to think that a recession will be narrowly avoided over the coming quarters,” he added.

But Investec Economics said that even if the economy avoids a recession this year, it remains a risk in 2023 as the Bank is set to continue raising interest rates to combat inflation.

“This combined with a subdued world economy and some continued pressures on household balance sheets suggests that the economy will experience a recession in the second half of next year,” Investec said.

Related: U-turn alert? Anger as claims Truss going on ‘tour’ with Charles but No 10 denies it