The unification of leadership will come as a boon to the efficiency of the ministry. 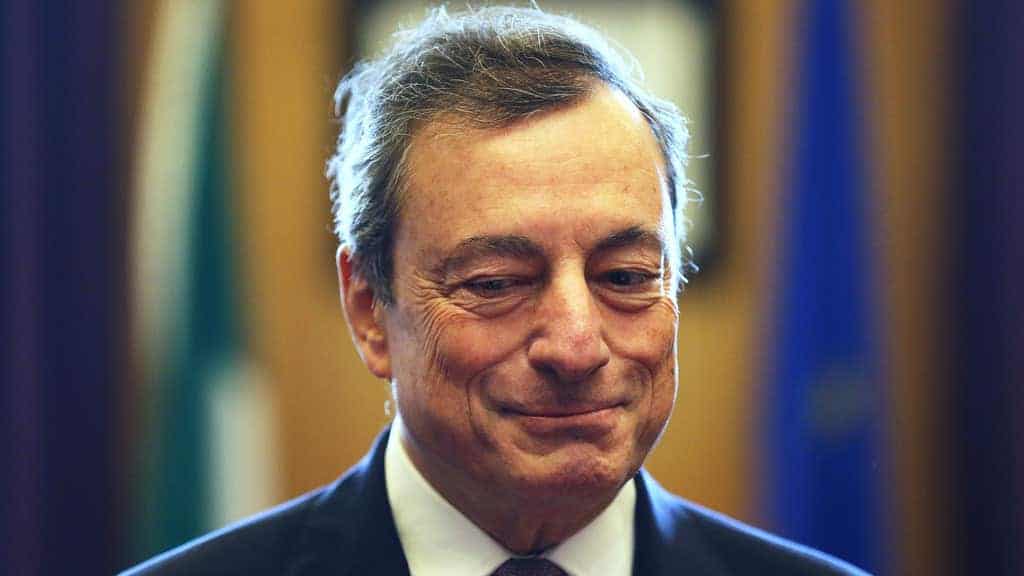 The high-calibre personalities brought together to serve under Mario Draghi’s new national unity government will need to make up for time lost during the collapse of Giuseppe Conte’s coalition last month. Of the new ministers, one of the busiest will almost surely be Vittorio Colao, the former telecoms executive who will now serve as Minister for Technological Innovation and Digital Transition. By bringing in Colao to reorient Italy’s erratic approach to the digital economy, Draghi is offering a clear signal of the need for a seasoned professional to right the ship after consecutive populist coalitions.

The coalition headed by Conte collapsed primarily over concerns Matteo Renzi, leader of the small Italia Viva party, voiced about the previous government’s plans for spending the €209 billion which Italy will receive in Next Generation EU recovery funds from the European Union. At the end of January, Renzi finally pulled his support from the shaky, Five Star-dominated coalition, after Conte failed to convince him with a proposal redraft that lacked proposals for the concrete reforms Brussels expects to see in exchange for the record stimulus package.

Nor was Renzi the only one to have issues with Conte’s approach to handling what is nothing less than a historic opportunity to remake Italy. Vittorio Colao himself was summoned to Rome in April of last year to head a task force charged with producing a plan for how the EU recovery funds could drive Italy’s digital transition. Despite the fact Conte’s government commissioned the project themselves, the six-point, 121-page plan was all but entirely ignored – one of the final straws for Conte’s haphazard attempts to set reform and spending priorities during his final months in power.

One of Colao’s first tasks will be the restructuring of a ministry whose organisational setup under his predecessors created as many problems as it solved. Under the previous government, the twin development of Italy’s fixed broadband and 5G infrastructures was allocated to two separate ministers, while the ultra-fast broadband committee, COBUL, was headed by another. Given that Italian telecoms experts are calling for the 5G network to be coordinated in tandem with broadband, especially as the nation continues to lag behind average EU connectivity rates, this arbitrary split in leadership did little to help Italy break into the ‘digital decade’ alongside the rest of Europe.

While the unification of leadership will come as a boon to the efficiency of the ministry, the opposite holds true for the structure of Italy’s broadband market. Among the most pressing issues for Draghi’s government is to deal with the Conte government’s attempt to force through a tie-up of the private telecoms group Telecom Italia (TIM) and its broadband competitor Open Fiber.

Successive Italian governments have taken wildly different stances towards Open Fiber dating back to 2015, when the firm was first devised by the government of then-PM Renzi in order to force TIM, the stagnant incumbent and former state-run monopoly, to compete in rolling out ultra-fast broadband across the country. The new company, founded as a joint venture between the Italian government’s sovereign investment fund (the Cassa Depositi e Prestiti, or CDP) and Italian energy giant Enel, has by all accounts been a resounding success. In the last five years, Open Fiber has helped branch out fibre connectivity to no less than 8.5 million previously disconnected homes.

That success was not enough for Conte, and more specifically for Conte’s political backers in the Five Star Movement, who demanded Rome move instead to create a ‘national champion’ by merging the two competitors into a single network dubbed FiberCop – spearheaded by the same CDP that helped create Open Fiber just a few years earlier. The mash-up has sounded alarm bells for consumer groups such as Altroconsumo and Euroconsumers, who penned a letter to European Commissioners Margrethe Vestager, Thierry Breton, and Paolo Gentiloni (Conte’s immediate predecessor) warning of the impact the ‘single network’ project would have on Italian customers.

Pressure to complete the merger has already shaped the broadband space, with Enel undertaking the process of selling its shares of Open Fiber to Australian fund Macquarie under the Conte government’s watchful eye. Given Colao’s own proposed digital recovery plan last year emphasised the need for universal fibre optic connections, the TIM-Open Fiber merger does not seem in line with Colao’s views, especially when TIM’s long history of anticompetitive behaviour and sluggish investment are taken into account.

Instead of dedicating political and economic capital to such populist projects, Colao now has the opportunity to ensure a large part of Italy’s Next Generation EU funds are earmarked for technological infrastructure in order to reverse Italy’s digital shortfalls, just as his proposal outlined. Conte’s government, for example, proposed €4.48 billion for “technology transfer and innovation” in its draft proposal, a figure deemed far from sufficient by Italian trade association Asstel. According to the group’s own estimates, the government will need €10 billion to cover the broadband rollout alone.

As Draghi and Colao revisit Italy’s proposal for spending EU funds, they will also be able to integrate other elements of Colao’s proposed reforms which were absent from the Conte draft. Key suggestions included binding conditions on those who win tenders, internet cabling of all public buildings to facilitate the transition to digital services and smart working, the adjustment of electromagnetic emission levels in Italy to European values, and subsidies for broadband access for lower-income Italians.

While surely not the outcome he had in mind, Conte’s decision to set Colao to the task last year provided him, at a minimum, with a healthy head start. Seven months after his task force’s proposals for an overdue Italian digital transition were ignored, Colao will now have a prominent seat at the table in deciding how Italy’s stimulus funding will be allocated.