The price of gold has been volatile in recent weeks mainly due to the upcoming US Federal Open Market Committee meeting, during which a decision on the US interest rate will be made. Gold started the second full week in December dipping to a nine-month low. And it’s likely that the yellow metal will remain […] 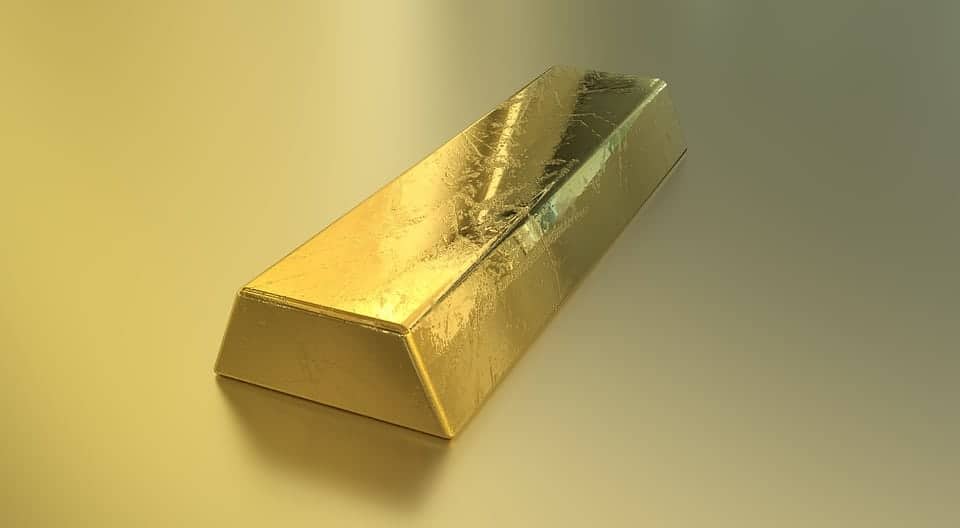 The price of gold has been volatile in recent weeks mainly due to the upcoming US Federal Open Market Committee meeting, during which a decision on the US interest rate will be made. Gold started the second full week in December dipping to a nine-month low. And it’s likely that the yellow metal will remain volatile for some time, at least until investors figure the best path following the FOMC rate decision.

Given a handful of positive data regarding the US economy, including consumer spending and income growth, market participants expect a rate hike during the meeting. A rate hike would usually strengthen the US dollar since it means that the cost of getting the dollar is higher. Down the chain, gold will suffer because its demand will drop.

It’s noteworthy that the biggest driver of the price gold is its demand for investment. That’s because it is seen as a safe haven asset, due to its limited availability. In periods of economic uncertainties or crisis, investors usually seek to move their wealth out of fiat currencies for preservation in safe haven assets like gold. This will inherently drive the demand for gold and hence, prices. On the other hand, when the economy is strong, the allure of gold for wealth preservation diminishes, bringing about a dip in its demand. This ends up putting pressure on the price of gold.

With the explanation above, it’s understandable that the gold is volatile on account of a possible US rate hike. It simply limits the upside potential for gold on the surface. However, it might not be the smartest decision to lock your gains on gold for this reason. Here’s why. 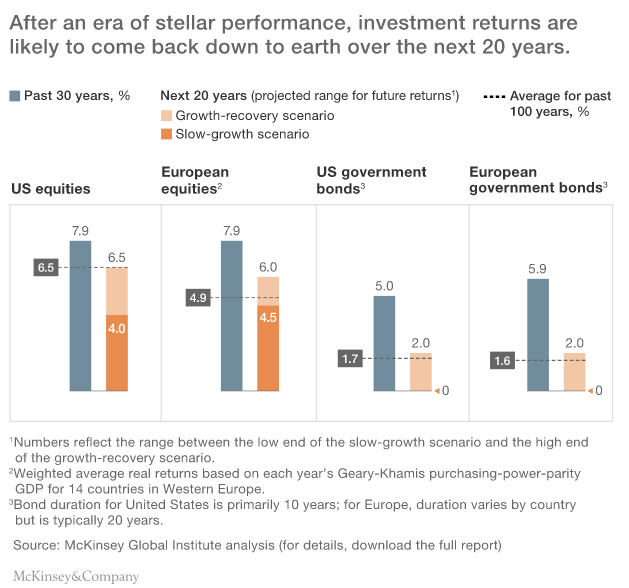 Even though the last three decades have seen some serious economic chaos including the dotcom bubble and the 2008 global financial crisis, it remains the most profitable period for investors. As doing business on a global scale became easier, companies expanded their reach to almost every corner of the globe. This effectively made companies growth their bottom-line faster than historical levels.

The profitable business landscape made equities more valuable. This ended up driving investment returns north. In fact, the total returns on equities and bonds between 1985 and 2014 in Western Europe and the US were substantially higher than their respective long-term averages, according to McKinsey Global Institute.

As the image shows, equities and bonds in Europe and the US are going to witness a drop in yield over the next two decades. In a slow-growth scenario, it’s even possible that European and US equities will see total returns that’s lower than their respective 100-year averages, according to McKinsey Global Institute.

There are other reasons in addition to declining corporate profits, which, by the way is brought about by the rising competition that the companies that benefited from the past three profitable decades are facing in emerging markets. McKinsey Global Institute also mentioned that the huge decline in inflation and interest rates is approaching its borders.

This is evident in the clamour for a rate hike in the US. And an interest rate hike makes it more expensive to borrow funds for expansion. And since this is what companies have been doing in recent times, the growth outlook becomes bleaker.

All of these suggest that there will be economic uncertainties in matured economies over the next few decades. This increases the potential for an increase in the demand for safe haven assets, one of which is gold. In essence, while gold might be volatile over the short-term, the long-term outlook remains very attractive.

Moreover, gold has been a better investment than equities in recent times. Since the turn of the millennium, gold has returned over 300%, while the S&P 500 has returned 55.09%. In addition, the MSCI EAFE index, which represents the performance of large-cap and mid-cap stocks across 21 countries consisting of countries in Europe, the Pacific and the Middle East, has lost 5.21% since the turn of the millennium.