Britain has lost thousands of independent pubs during the Covid-19 pandemic. Wetherspoons, on the other hand, is set to open 18 more.

by Albert Toth
in Business 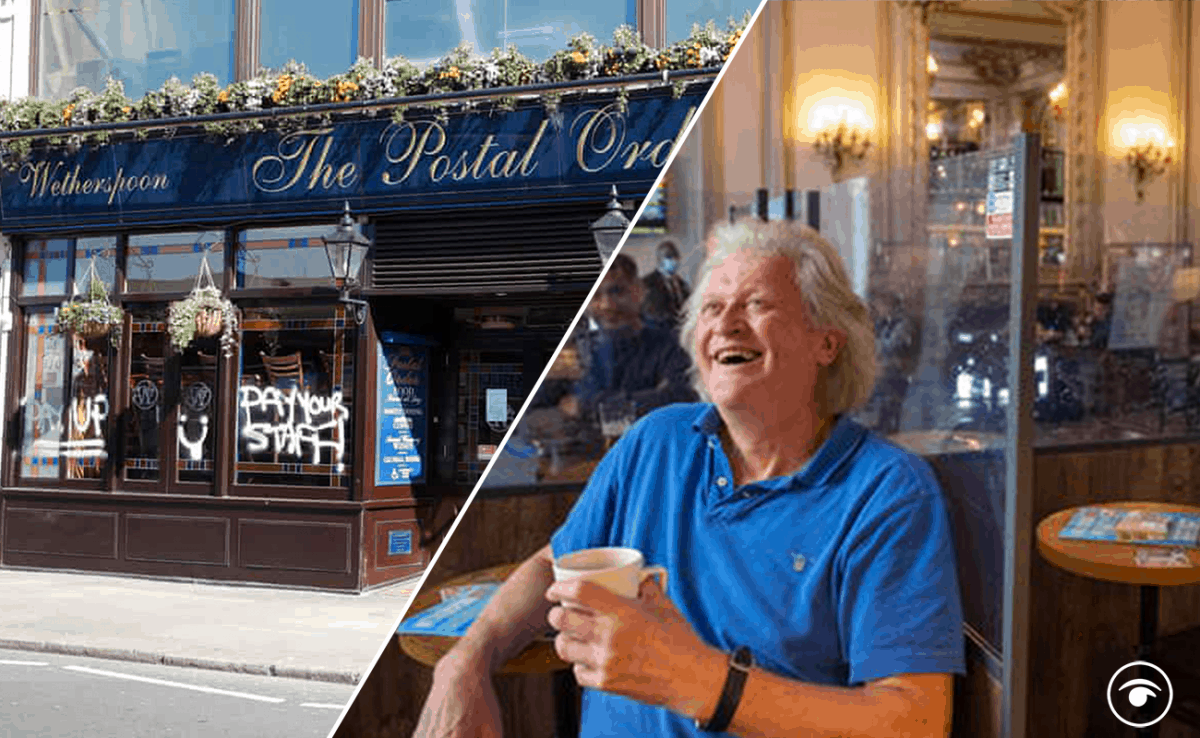 Following a turbulent year for the pub industry, news that Wetherspoons is set to come out on top will not come as a surprise to many.

Share prices in the UK’s largest pub chain have risen by nearly 17 per cent in the last three months, hot on the heels of a number of controversial decisions made by chairman Tim Martin, never long out of the spotlight, throughout the coronavirus pandemic.

In January, the outspoken pub landlord made £50 million by selling some of his shares. That same month, the chain brought in £93 million-worth of investments – with their sights set on acquiring properties at reduced post-pandemic prices. Now, with only a few weeks left until pubs are able to fully reopen their doors on 17 May, Wetherspoons has revealed its grand plans for the future, splurging £145 million on 75 projects – including 18 new pubs.

The wheeling and dealing comes following a year when many independent pubs have closed – with those that remain still struggling to navigate the challenges posed by Covid. A recent market analysis report from AlixPartners shows that between March 2020 and February 2021, 5,112 independently-owned hospitality businesses have been forced to shut their doors, accounting for nearly three-quarters of all closures in the sector.

In light of this, TLE spoke to a few independent pub owners in London about their efforts to keep their premises afloat during the pandemic.

Pauline Forster runs the George Tavern in Whitechapel. She explains that she has received several letters from agents over the past year on behalf of anonymous clients, encouraging her to sell her premises which is a grade II listed building.

While cursory letters from agents are nothing new, she says these were more targeted and personal. The senders had researched Pauline’s freehold status and financial situation, attempting to coerce her into selling over difficulties she was facing due to Covid. Several other independent pub owners in the capital say they’ve received similar communications.

“They knew people were struggling and they thought people might like to just cash in, and take the money,” Pauline said. “It’s preying on people who are desperate and pushing them into something they might not necessarily want to do.”

Asked what she thinks of Wetherspoons plans to acquire properties in London for reduced post-Covid prices: “They’re like vultures.”

In a statement to TLE, Wetherspoon denied being involved in the canvassing practices she experienced:

“The Company does not, in general, seek to buy existing pubs in London. For example, all our pubs in Central London had non-pub use, before Wetherspoon acquired them.  Our pubs tend to be significantly larger than the average pub so it is unlikely that agents will have us in mind if there has been a general canvassing of independent publicans,” they said.

As Wetherspoons’ bosses put their future plans in place, many of their staff are still on furlough. In January alone, Wetherspoons claimed £25 million in furlough money – half of what Martin pocketed in the same month. Unlike the massive chain, however, independent pub owners don’t have a wealth of investors and reserves to dip into.

Pauline tells me that she was grateful for furlough during the first lockdown, but had to be extra frugal due to the severely reduced revenue. To make up for the lack of funds, the pub ran a fundraiser which gave them some much-needed security.

Bradley’s Spanish Bar in Fitzrovia relied on a similar public donation method, which manager Jan De Vries tells me was essential in keeping the pub alive: “Besides that we had no means of any money coming in.”

Colin Taylor, of The Toucan in Soho, explains that he had to rely on a loan to maintain his business: “We have received an £18,000 restart grant that has helped a bit but we’ve had to take advantage of the government-backed CBILS [Coronavirus Business Interruption Loan Scheme] by taking a £100,000 loan to be repaid over 6 years,” he said. “Prior to the pandemic we were totally self sufficient and had no outstanding loans or debts, so our position is far worse.”

Although independent publicans seem optimistic about the future, they are also undoubtedly anxious.

A common worry is that fewer people currently working from offices will mean fewer after-work patrons. However, they’re generally not worried about competition from Wetherspoons and other big chains, maintaining a belief in the importance of the independent pub.

“There will always be demand for independent pubs with a bit of personality,” De Vries said. “There’s a reason why the highest-rated pubs are often independent places.”

With restrictions slowly lifting and Covid deaths in the UK steadily declining, it’s hoped the pub sector will be back to business as usual before too long. However, for the independent pubs that are still standing, it’ll take months, or even years, to rebuild to pre-Covid levels.

All the owners stress that the most effective way to support them and their peers is to choose local independent pubs over the big chains.

This might not always be easy, but an app called ‘Neverspoons’ was launched with this issue in mind. The app holds an extensive database of the UK’s independent pubs, which it conveniently maps for you to find the one nearest to you.

Also attempting to support the battered industry is the All Party Parliamentary Pub Group, which recently put out a call for everyone from pub-goers to pub owners to weigh in on what the impact of Covid has been on their establishments. In a press release, group leader and Labour MP Charlotte Nichols said: “The Pubs APPG wants to listen to the people who have made pubs the heart of so many communities.”

Ultimately, as independents face up to tougher trading environments and stiff competition from pub chains that have managed to weather the downturn, it will be up to us to give them a fighting chance of survival.