By Grace Regan, co–founder and editor–in–chief of Clippet It’s no secret by now that traditional media has got an age problem. Ask a room full of twenty–somethings where they get their news and you’d be lucky if more than one answered: ‘I go to the [insert national newspaper name here] website every morning.’ It’s a […] 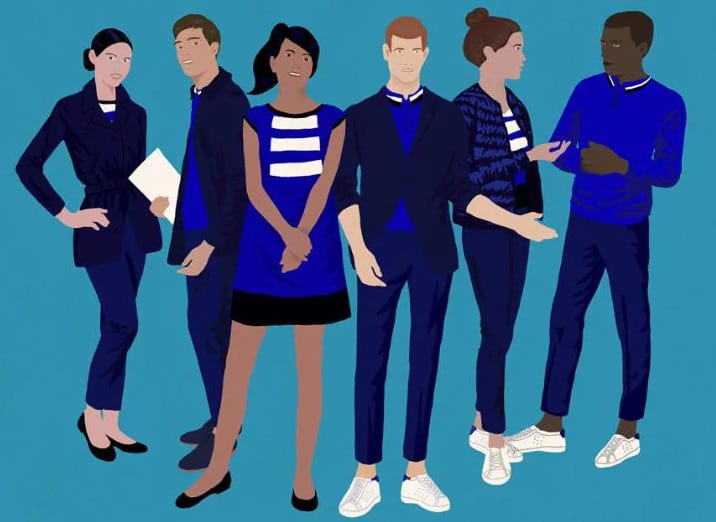 By Grace Regan, co–founder and editor–in–chief of Clippet

It’s no secret by now that traditional media has got an age problem. Ask a room full of twenty–somethings where they get their news and you’d be lucky if more than one answered: ‘I go to the [insert national newspaper name here] website every morning.’ It’s a safe bet that the vast majority of them would cite social media as their main source of information.

I don’t need to speculate, the facts speak for themselves. A recent Business Wire survey revealed that a whopping 60 per cent of US millennials depend on social media to keep up–to–date with current affairs. Moreover, only 18 per cent of 16–24 year olds in the UK said they trust mainstream media. So why is traditional journalism failing to engage my generation?

Facebook and Twitter feeds do the hard work for you, filtering out all the boring and irrelevant news about pending pension bills and fluctuating interest rates, instead providing stories that you actually care about. Media executives have spent that last few years desperately searching for the mysterious formula of sharable ‘millennial news’, but the answer is pretty simple: get one to actually write it. The reason why social media is most of my friends’ go–to news source is simply because it’s information curated and recommended by people their trust – people their age with similar interests.

The only news–sites winning with my demographic are the ones following this model of peer–to–peer news: Vice, Buzzfeed, Huffington Post etc. They all publish content created by relatable, young journalists – people you’d actually want to hang out with, not cynical old hacks.

But this leaves a worrying hole in the news cycle of the average twenty–something. The important, life–affecting current affairs stories regularly published by traditional media (which get lost amongst all the other stuff) rarely make it to the top of people’s social media feeds. Moreover, while sites such as Vice (and recently Buzzfeed) produce quality journalism, they rarely focus on less attention–grabbing headlines such as the future of the NHS.

The gap between these two forms of journalism needs to be bridged. The lack of current affairs–based news reaching young people is having serious implications on their political engagement. Sky recently surveyed over a thousand 16–24 year olds and only 8 per cent of them said they were fully politically engaged. This is reflected in the depressing fact that only 41 per cent of millennials intend to vote in May.

The need for a mainstream news source marketed directly to millennials has never been more urgent. Publishers may know they’re losing a valuable demographic but they need to do more than just add a ‘trending’ bar to their site; they need to completely re–evaluate the format through which they deliver the news.

Put yourself in the body of a 25–year–old Londoner. You probably commute to work every morning, which may involve walking, cycling, a bus ride or a tube journey. It’s pretty certain you’re on your mobile for most of this, and if you work regular hours, there’ll be loads of other people doing the same journey. At what point on this routine does reading a news article on a mobile screen seem like the most practical option?

It’s no wonder young people aren’t engaging with the news – it’s just not compatible with their lifestyle.

Towards the end of last year, you may have noticed on your morning commute that something strange was happening. Instead of mindlessly refreshing Instagram and Facebook feeds, young professionals were sitting/standing/walking patiently with their headphones in, minding their own business. Sure, some of them were listening to music, but the majority of them would’ve been tuning in to podcast sensation Serial, which attracted nearly 2.2 million listeners on average per episode.

Why was Serial so popular? An obvious answer would be the genius of its narrative construction, but I believe that a large part of its success was down to its format. Episodes were always around 30 minutes – enough time to fill a commute but just manageable for our supposedly short attention spans. And, to state the obvious, it was audio. This meant episodes could be quickly downloaded and consumed hands–free on packed public transport, above or underground. Moreover, Sarah Koenig’s delivery was so engaging it was impossible not to be hooked straight away. Her casual, conversational style made listeners believe she was directly addressing them.

So what if news was delivered in this way? Short–form, hands–free and presented by someone who sounded human and relatable. Surely audio news makes sense in a world where 54 per cent of people consume news through a smartphone? Moreover, if it’s written and presented by the right person, in the right tone, audio could make news engaging and relatable to us elusive millennials.

By changing the traditional structure of news, young people will be more compelled to stay informed. By making it as accessible as possible, maybe my generation will be inspired to turn out and vote in May.