"This is so incredible. It also puts Jeff Bezos and Elon Musk's billionaire pursuits in sharp perspective." 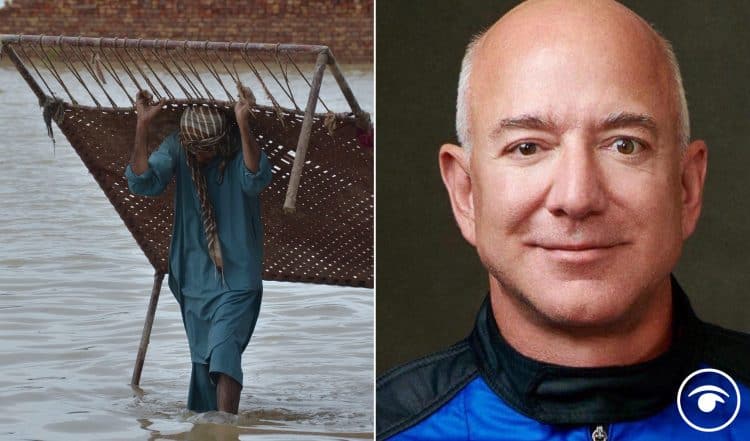 The billionaire owner of fashion label Patagonia is giving the entire company away to fight the Earth’s climate devastation,

“As of now, Earth is our only shareholder,” the company announced. “ALL profits, in perpetuity, will go to our mission to ‘save our home planet’.”

Patagonia founder Yvon Chouinard, 83, worked with his wife and two children as well as teams of company lawyers to create a structure that will allow Patagonia to continue to operate as a for-profit company whose proceeds will go to benefit environmental efforts.

“As of now, Earth is our only shareholder,” the company announced. “ALL profits, in perpetuity, will go to our mission to ‘save our home planet’.”

“If we have any hope of a thriving planet – much less a thriving business – 50 years from now, it is going to take all of us doing what we can with the resources we have,” said Chouinard in a statement. “This is another way we’ve found to do our part.”

There was a lot of praise for the move on social media.

Meanwhile, over at Amazon things aren’t going their way, it seems.

Hundreds of workers at online giant Amazon are to be balloted for strikes over pay.

The GMB union said its members based in Coventry will be the first Amazon workers in the UK to take part in a formal industrial action ballot.

The vote closes in mid-October, with any industrial action likely to take place in November, said the union.

GMB official Amanda Gearing said: “These Amazon workers will be the first in the UK to take part in a formal strike ballot – they’re making history.

“They’re being offered a 35p-an-hour pay rise during the worst cost-of-living crisis in a generation – and that’s from a company worth more than £1 trillion.

“Understandably, they are furious.

“Amazon can afford to do better. It’s not too late to avoid strike action and to get round the table with GMB to improve the pay and conditions of workers.”

Amazon has said previously: “Starting pay for Amazon employees has increased to a minimum of between £10.50 and £11.45 an hour, depending on location.

“This represents a 29 per cent increase in the minimum hourly wage paid to Amazon associates since 2018.

“On top of this, employees are offered a comprehensive benefits package that includes private medical insurance, life assurance, income protection, subsidised meals, an employee discount and more, which combined are worth thousands of pounds annually, as well as a company pension plan.”