Huw Pill said Brexit has reduced trade between the UK and Europe which has had a knock-on effect on labour, productivity and prices. 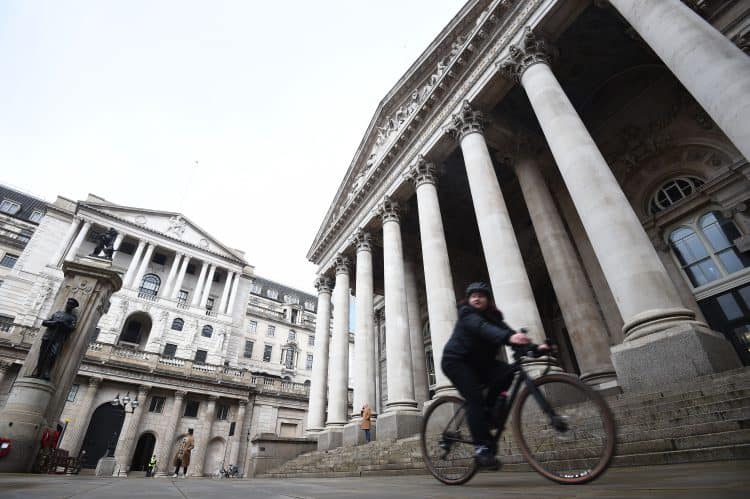 The Bank of England’s chief economist has said that Brexit has had an impact on the labour market and may have played a part in driving up inflation in the UK.

Huw Pill said Brexit has reduced trade between the UK and Europe which has had a knock-on effect on labour, productivity and prices.

He said, during an economic summit run by the ICAEW: “Brexit has probably reduced some of the competitive pressure in the goods market, because it just is harder to import things into the UK from Europe.

“Some of that loss of competitive pressure probably means there is greater pricing power at some points in value chains in the UK, and that has probably proved to be somewhat inflationary.”

Pill, who is responsible for the analysis that the Bank uses to make its monetary policy decisions, was asked to what extent he believes Brexit is to blame for the UK’s current economic decline.

He said: “I think Brexit plays a part, but I don’t think it’s necessarily the whole story, probably only part of the story.

“It is difficult to give a percentage measure, but to my mind it has had an effect.”

He explained that at the time of the referendum, in 2016, the Bank of England took the view that reduced trade following the UK’s exit from the European Union (EU) would have a negative impact on productivity across the country.

“The Bank took the view, and still retains that view … that Brexit would knock about three percentage points off the level of the potential of the economy”, he added.

The UK economy shrunk by 0.2 per cent between July and September, meaning that the country may enter a recession if it continues to decline over the last three months of the year.

Pill also explained during the webinar that the UK has a skills shortages issue which may have been heightened by Brexit, as there is no longer free movement of workers coming to the UK on a short-term or flexible basis.

He added: “It’s not that migration has fallen, in fact, we have more migration from non-EU sources than we have had in the past.

“But whether those people are as immediately productive and fungible in the labour market is at least open to question.”

Furthermore, the economist said that the UK’s dependence on importing gas, coupled with labour market shortages, means it has the “worst of both worlds”.