The leading index has seen close to £470 billion wiped off in less than three weeks. 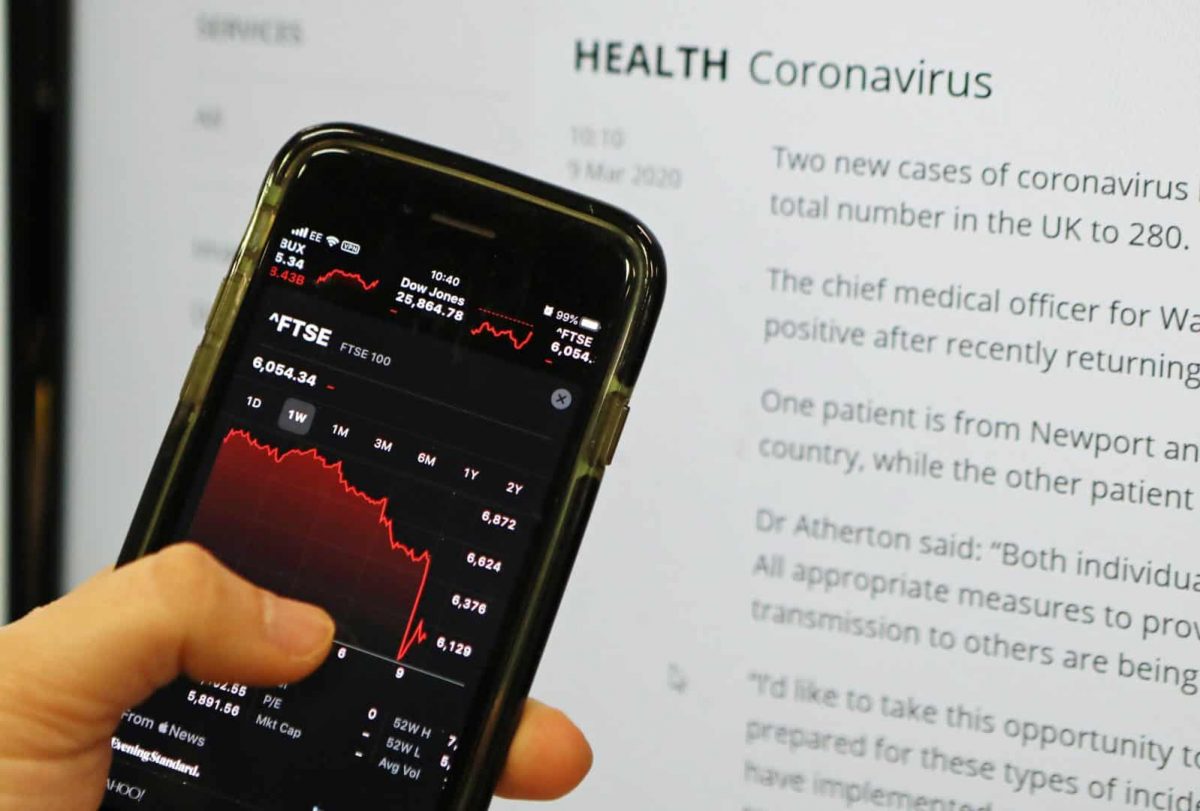 The London Stock Exchange’s leading index of companies has plummeted 6%, wiping £84 billion off the value of its constituents.

Investors are reacting to the World Health Organisation’s upgrade of the coronavirus outbreak to a global pandemic.

It means the index is technically in a “bear market” where the value of shares has fallen by more than 20 per cent.

By 9am, all 350 companies listed on the wider FTSE 350 were in negative territory, with shares in Cineworld slumping 32 per cent, Travelex owner Finablr down 50 per cent, train operator Go-Ahead down 20 per cent and a whole host of oil, travel and retail businesses suffering.

The best-performing company on the FTSE 100 was Morrisons, down only 2 per cent.

The falls follow similar moves around the world, with the Dow Jones in New York sinking into “bear” territory as investors reacted nervously to President Donald Trump’s announcement that travel from mainland Europe had been banned.

Jasper Lawler, head of research at LCG, said: “The travel ban is a decisive step to prevent the spread in the US but will cripple trade between the two continents.

“Goods will still flow but presumably at reduced pace and trade in services will almost grind to a halt.”

But others were less impressed, pointing out how the mixed messages will continue to send concern.

Neil Wilson, chief market analyst, at Markets.com said: “So much for Trump’s stimulus.

“Instead of his late-night presidential address calming things, it only fanned the flames raging in markets. The president has gone from calling it a Democrat hoax to banning all travel from Europe in just 12 days.”

He added that fears were also rising following Oscar-winning actor Tom Hanks revealing his own diagnosis of Covid-19, and in the UK health minister Nadine Dorries remains in self-isolation after catching the virus.

Mr Wilson pointed out: “When Prince Albert died of typhoid in 1861 at the age of 42, it shook the elite of Victorian Britain to their bones.

“Even a royal could succumb to a disease that killed thousands of poor people each year.”

Related: Trump suspends all travel between US and continental Europe