Should two men sharing a hug, no matter the sexuality, really be considered a homosexual act? Of course the obvious answer is absolutely not. The term ‘Casual homophobia’ has been created as a response to a string of gentle nods of discrimination. Most recently displayed when the Daily Mail published an article with the headline: […]

by Dan Harding
in Uncategorised 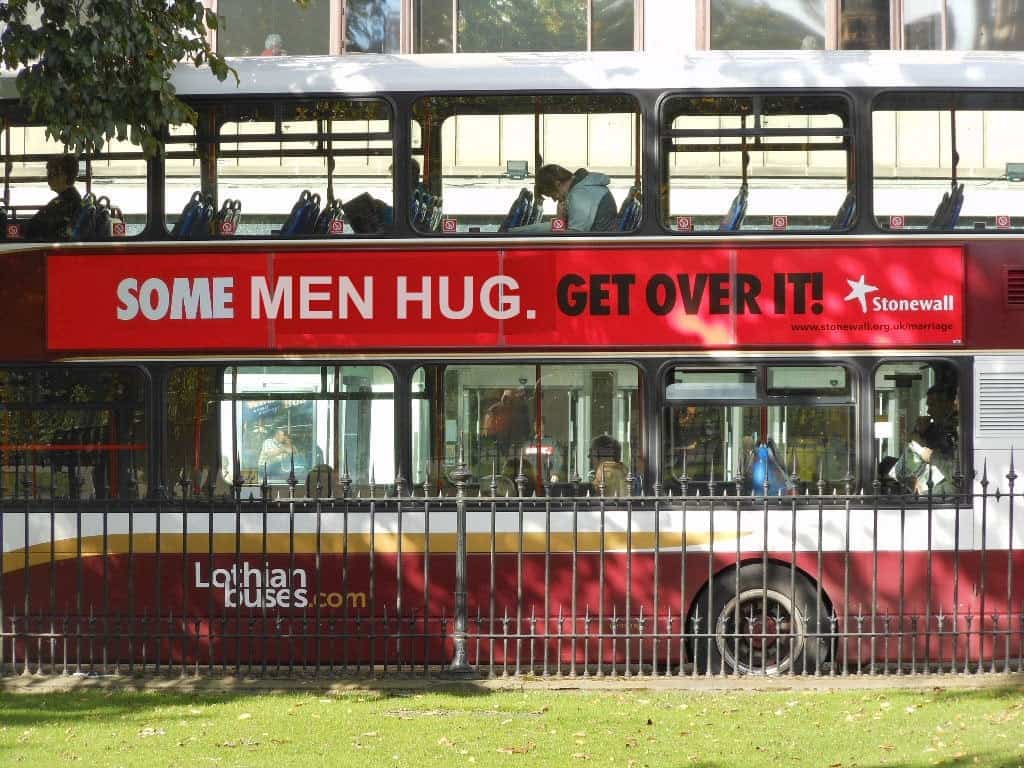 Should two men sharing a hug, no matter the sexuality, really be considered a homosexual act?

Of course the obvious answer is absolutely not.

The term ‘Casual homophobia’ has been created as a response to a string of gentle nods of discrimination.

Most recently displayed when the Daily Mail published an article with the headline: ‘Steady on chaps!’ after British divers Jack Laugher and Chris Mears shared a triumphant hug.

Eyebrows were raised and noses were put out of joint.

Readers took to Twitter to air their views on the apparent casual homophobia at play.

Rightly pointing out that when Olympian Laura Trott shared a front page smooch with her fiancé, it was deemed a ‘Golden Kiss.’

Sealed with a golden kiss…

Was one more acceptable than the other?

Of course it’s not hard to see their points.

But whilst I’m not saying that any amount of homophobia should be tolerated, it’s also not going to go away.

Firstly, headlines are set to draw you in and occasionally humour readers.

Often tailored to their audience, they are meant to be controversial and are frequently far removed from the actual facts.

Headlines will never stop being provocative.

So are we just rising to the bate and eating into their hands?

Papers want a reaction and boy do we give it to them.

We have all become a nation of modern day trolls.

Whether it be a passing comment in our work places on the way people look, or taking to social media to slate and rate people as keyword warriors.

Are we all just displaying a component of casual every-phobia?

I would propose that in every friendship group there is an element of ‘banter.’

And amongst those jibes and jokes, I’m sure we all walk that thin line of acceptable comments.

Perhaps we feel its ok between friends as long as that’s where it stays?

Would we really question Jay Z hugging Kanye West after a performance together?

I’d assume not, but perhaps if they were both topless, captions would be very different.

The real problem with casual homophobia, is how far it goes.

As a picture editor you are tasked with coming up with juicy descriptions for photographs.

It is your job to be creative and give a title to the snap.

But just because something is labelled, doesn’t mean you have to wear it.

What The Mail did was allude to something and make more of it than what it was.

Whilst ‘champions’ would have made for a more suitable title, they went with something a bit more controversial.

Unfortunately this time it fell into the category of casual homophobia.

And arguably when placed next to other headlines, it looks uncomfortably true.

But we’ve come to accept that sometimes in life, we take things too far.

My friend once told me that when his corporate company announced casual Friday’s at work, everyone was over the moon.

But when the first Friday came round, one employee came in wearing board shorts and casual Friday’s were no more.

He had taken the term ‘casual’ too liberally.

To a degree, this is what we are experiencing here.

Someone has pushed the boundaries of acceptance and seen how far they can go.

Maybe we are ok with an element of jokey jibes, but sometimes it strikes a chord, hits a nerve and goes that step too far.

We’ve come a long way, which is incredible.

The fact is, whilst banter can be OK, what isn’t acceptable is going backwards and that’s what the real fear is here.

The risk of going back.

Casual might be occasionally ok, but no one wants hate or discrimination.

It isn’t the first time casual homophobia has happened and it certainly won’t be the last.

But moving forward is far better than going backward and that’s what we must continue to strive for.

For the most part, papers aren’t trying to offend us.

Just maybe this time it was a little too ‘casual’ for our liking.

As the brilliant Stonewall campaign says: “Some people are gay. Get over it!”

Let’s try not to take ‘casual’ too far.

Some men hug. Get over it!