"Disruption and any crowding from this will be especially unwelcome and has the potential to damage trust in the railway.” 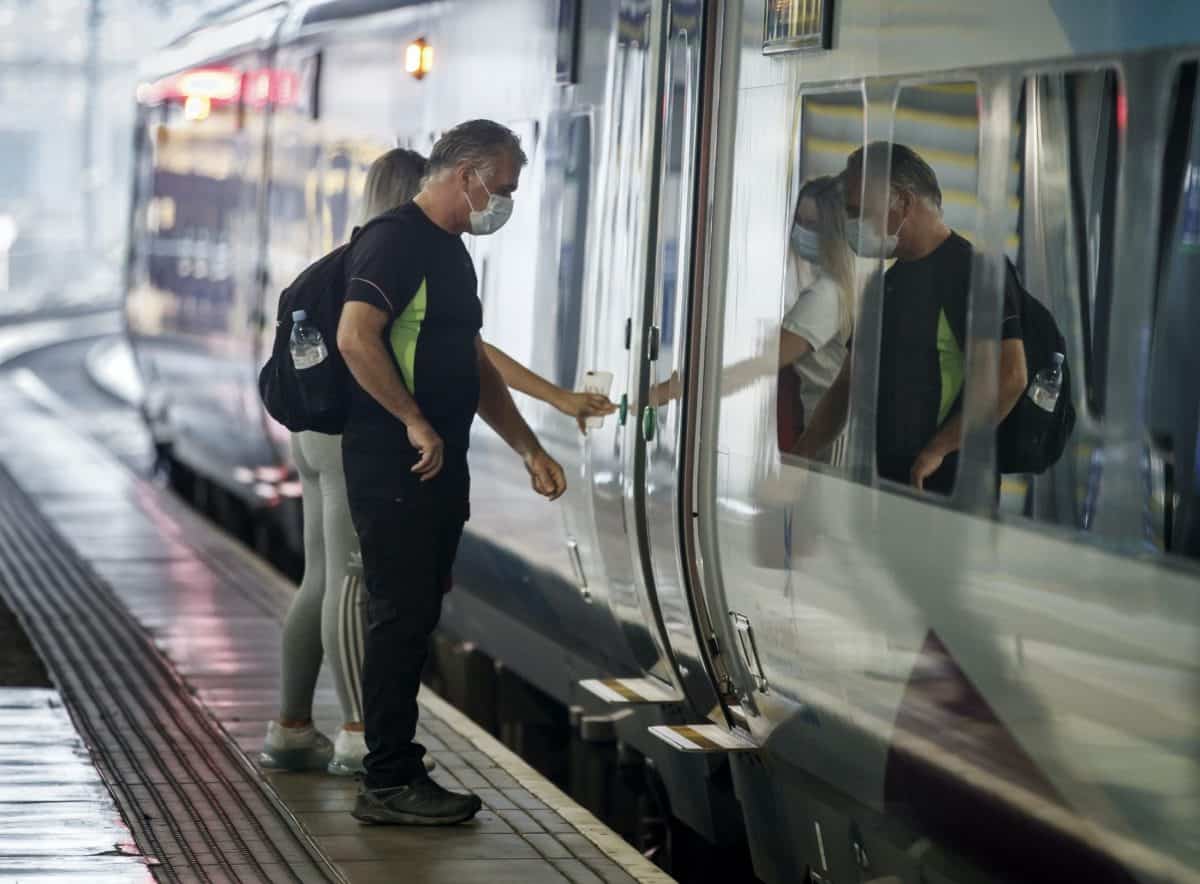 The ramp-up of rail services in England and Wales was marred by major disruption at one of Britain’s busiest stations.

Network Rail admitted “we have not met the standards passengers deserve” after all lines serving London King’s Cross services were closed during the morning rush hour.

Rail timetables were increased to around 90% of pre-coronavirus pandemic levels on Monday, with additional and longer trains on many routes.

Robert Nisbet, director of nations and regions at industry body the Rail Delivery Group (RDG), told BBC Radio 4’s Today programme: “Today is really about telling commuters that ‘you can travel with confidence’, that we are going to be putting on more trains to increase capacity.

“But also what we’re doing is ensuring that those trains are safe to travel in by increasing hygiene (and) cleaning in stations and on trains.”

The RDG said anecdotal evidence suggests there was a slight increase in passenger numbers on Monday but no trains were reported as being close to their reduced capacity.

Transport for London said 700,000 passengers used the London Underground – which is separate from the rail network – on Monday from the start of service until 10am.

This was 15% higher than during the same period on the first working day of last week, but still 68% lower than the equivalent day in 2019.

Signalling was restored for lines serving King’s Cross at around 8.30am on Monday, but delays and cancellations are expected to continue until 5pm.

Among the services affected are LNER trains between London and Edinburgh.

It comes just days after services between King’s Cross and Peterborough were suspended due to a fault with overhead power lines in Bedfordshire.

Network Rail route director Paul Rutter said: “I am very sorry that recently we have not met the standards passengers deserve on the southern end of the East Coast Main Line.”

He added: “We will learn from these experiences and do better in the future.”

Rail punctuality has generally improved during the pandemic with 83% of stops at stations made within a minute of the schedule in July, compared with 66% in July 2019.

He warned: “Disruption and any crowding from this will be especially unwelcome and has the potential to damage trust in the railway.”