Tourism bosses stated the region is already at full capacity, anyone without a confirmed booking is being urged to stay away. 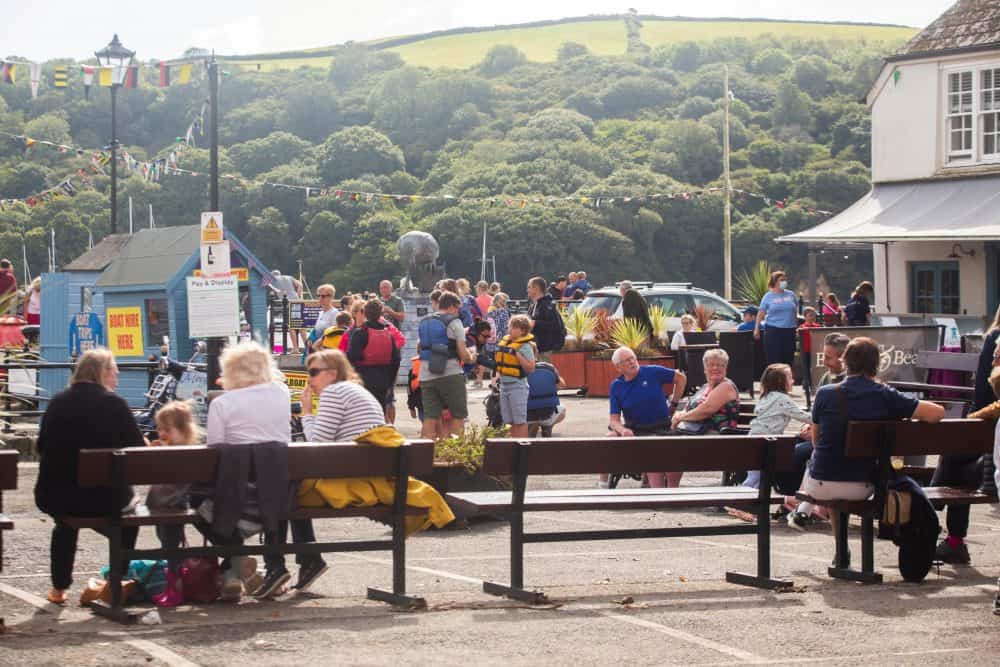 Police have issued a warning for tourists to stay away from Devon and Cornwall this Bank Holiday weekend – as the region is full.

Thousands of visitors are expected to flock to holiday hotspots over the next three days as part of the post-lockdown staycation boom.

But Westcountry cops say this has already led to an unprecedented strain on its resources and are warning of people to behave and respect the local community.

The huge influx of people has seen widespread gridlock on the roads and a high demand for all emergency services.

And with tourism bosses stating the region is already at full capacity, anyone without a confirmed booking is being urged to stay away.

Police say the message to visitors is book ahead and plan your trip, expect delays on the roads and act responsibly when they arrive.

Latest figures for August 2020 show 999 call has been at record levels with a 13 per cent increase in calls on the same period in 2019. This has averaged almost 1,000 per day and rising to 1,200 during busy days and weekends.

Incidents of anti-social behaviour across Devon and Cornwall have also continued to rise throughout August and are up around 30 per cent from last year.

Assistant Chief Constable Glen Mayhew said: “We know that for much of our tourism economy the Bank Holiday brings opportunity to try and make up for revenue lost during lockdown earlier this year. We are working to support this and hope everyone can enjoy our towns, beaches and moors in a safe and respectable manner.

“Demand on police and all emergency services, including HM Coastguard, has been enormous during August. We had undertaken significant planning for a busy summer and I’m immensely proud of how all the agencies have responded to this challenge.

“The levels of ASB and public order offences are entirely unacceptable. Drink related issues have been particularly prevalent but are avoidable if people remember their limits and act responsibly. We do not want the weekend ruined by inconsiderate actions.

Police say “environmental” anti-social behaviour – such as littering, fly tipping and wild camping – has resulted in 240 reports to police, up 29 per cent on the same period in 2019.

Public order offences, again often drink related, are up more than 32 per cent in August with 59 incidents reported across the force over the last weekend alone.

ACC Mayhew added: “Ahead of what is traditionally a peak weekend for the South West all emergency services and partners have been working together.

“We are confident the South West is well prepared and look forward to enjoying the sunshine, but planning any journey to Devon and Cornwall is hugely important. If you travel without booking accommodation first you are unlikely to be able to find any in the region when you arrive.

“COVID-19 has not gone away and remains a very real threat in our communities.

“Face coverings are mandatory on public transport, takeaways, shops and enclosed public spaces such as museums, galleries and cinemas as well as places of worship.

“We would ask everyone to respect each other and maintain social distancing whenever possible.

“Together, we can all enjoy the weekend.”