The start of Wimbledon always signifies the start of the summer for me. It is a time of year when the smell of fresh cut grass hangs in the air, with people busying themselves in their gardens in the warmer weather. With the current news bulletins dominated with negativity in one shape or form, now […]

by Rich Webster
in Travel 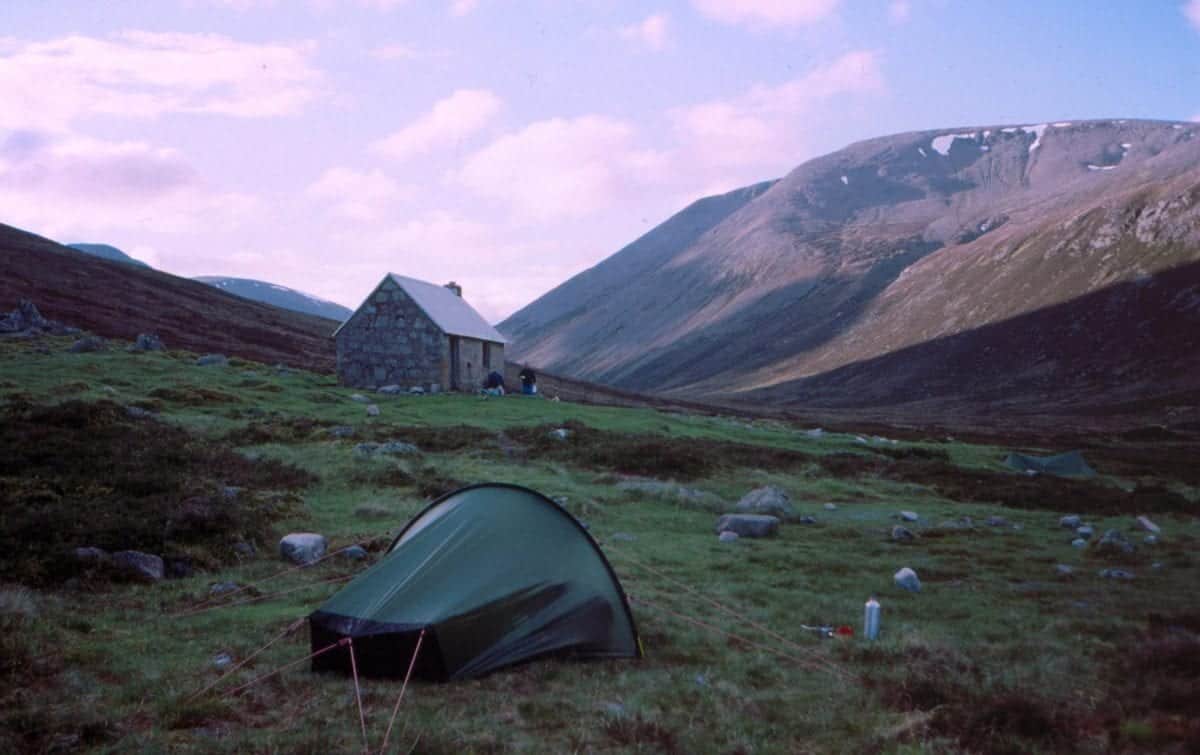 The start of Wimbledon always signifies the start of the summer for me. It is a time of year when the smell of fresh cut grass hangs in the air, with people busying themselves in their gardens in the warmer weather.

With the current news bulletins dominated with negativity in one shape or form, now is a wonderful time of year to get out and about and immerse yourself in what this Great Britain has to offer.

There are countless opportunities scattered around the Island we call home, but for me, Scotland offers an unrivalled wealth of opportunity for those that wish to get away from it all.

There are two national parks in Scotland, which on the face of it may not seem all that impressive. However, The Cairngorms National Park is twice the size of the Lake District, and home to a quarter of all the UK’s threatened plant, animal and bird species. The other, Loch Lomond & The Trosach’s, has within it two separate forest parks, The Queen Elizabeth and the Argyll. There are forty summits over 2,500 feet to explore in the Loch Lomond & Trosach’s park, as well as twenty-two separate Loch’s. Plenty to keep even the most enthusiastic explorer busy for a long weekend.

With an estimated 2.6 million people – approximately half of the whole of Scotland’s population – within an hour’s drive of the Lomond’s & Trosach’s Park, it is very accessible for the locals and people travelling from other parts of Britain. Trains depart regularly from London to Scotland meaning you can leave the Big Smoke and arrive in Edinburgh in just over four hours, approximately half the time it would take to drive the same distance.

It was then, in the Cairngorms National Park that I recently decided to spend some time in the wilds of Scotland in the company of my girlfriends Dad who, fortunately for me, had the local knowledge needed to make the trip a memorable one. First up was a 100-mile bike ride from Blair Atholl to Aberdeen via an old military road. Parts of day one included terrain that was unable to ride on, and so the bikes had to be carried up and over rocks, and various boggy sections. This just added to the adventure, and the route into the Cairngorms National Park allowed us to appreciate some stunning scenery. The peace and stunning surroundings appeared to be only appreciated by ourselves along with one or two day walkers, and the odd black grouse. Following the course of a river deeper into the glen, a real refreshing sense of wilderness is ever present, and before long you really are away from the hustle and bustle of civilisation. Before too long, we happened across the Falls of Tarf, a beautiful cascading waterfall, a fitting place for a quick breather. Pressing on from here, it wasn’t long before we happened across our lunch stop at the remains of Bynack Lodge. The more challenging part of the ride out the way, here we were able to sit and admire the almost deafening silence in this beautiful spot, and also had a chance to refill our water bottles from the clear waters of the river.

Next up were three small river crossings, and as the water levels were considerably lower than the previous time Frank had been through, the stories I had been excited about hearing of wading through the river with the bikes ended up not being the case, but nevertheless I still got wet when deciding to attempt to cross the river whilst in the saddle, all great fun!

Away from the remoteness of the Glen, we soon passed through Braemar, and later took a pleasant but unexpected detour via Balmoral estate. Before long, we arrived in Ballater for a good shower, some food, a few beers and rest before commencing the second leg in the morning. I couldn’t wait for day two to start. After a breakfast fit for a king, we were on our way again. Day two saw us ride from Ballater to Aberdeen along an old disused railway for the most part, and the wider path gave us the opportunity to chat along the way. We made sure to allow enough time to stop at the best coffee and cake stop on the way into Aberdeen, a chance to refuel on energy before once again making progress.

To compete our outdoor weekend, we had decided to head to Glen Clova so that I could bag my first two Munro’s. A Munro is a mountain in Scotland over 3,000 feet high, and each is different to the next. “Munro’s” are named after Sir Hugh Munro, who in 1891 became the first person to list them.

We were once again blessed with amazing weather as we had the previous two days on the bikes, and as we ascended the path towards the first of the two hills, I became fascinated by the Flora and Fauna that was present along the way. Barely 200 metres into the walk, we were greeted by a Siskin on a low branch of a Scots Pine. Although not an uncommon sight in this part of the world, it was a first for me, as was the sightings of the black grouse the previous day.

It was the plant life that I really took a fascination with along our hike, stopping to look at anything that I was sure I hadn’t seen before. Again, although not rare plants, it was a pleasant experience to be able to identify plants such as the “Alpine Lady’s Mantle,” and the bright yellow green leaves of the insectivorous “butterwort” plant. Although not yet in full flower, with its obvious leaf, the butterwort is a real indicator of heath and upland habitats.

To top off a wonderful weekends exploration, we spotted a mountain hare at the summit of the Dreish, when stopping for lunch. In its summer coat they can be a little tricky to spot.

I feel very lucky to have been able to see some of the remoter parts of beautiful Scotland, along with great company, and it’s trips like this that have me yearning to live there all the more. There, are of course many more trails to discover, and also the daunting task of bagging my remaining 281 Munro’s. More than enough to fill a few more weekends.

With this beautiful landscape accessible from all corners of the UK, there are countless breath taking sights and sceneries to greet you on your arrival. Along with a wealth of wildlife that you would struggle to see south of the border just waiting to be discovered, Scotland has it all to help you forget the stresses and strains of everyday life. A diverse variety of magical breaks await all those that make the effort to go.