An armed forces team which includes veterans with life-changing injuries is preparing to compete in one of the world’s toughest off-road rallies. The military personnel, part of Future Terrain charity, will be thrashing Dacia Duster 4x4s through the Atlas Mountains and Sahara Desert in the grueling Carta Rallye. This means driving more than 2,000 miles […] 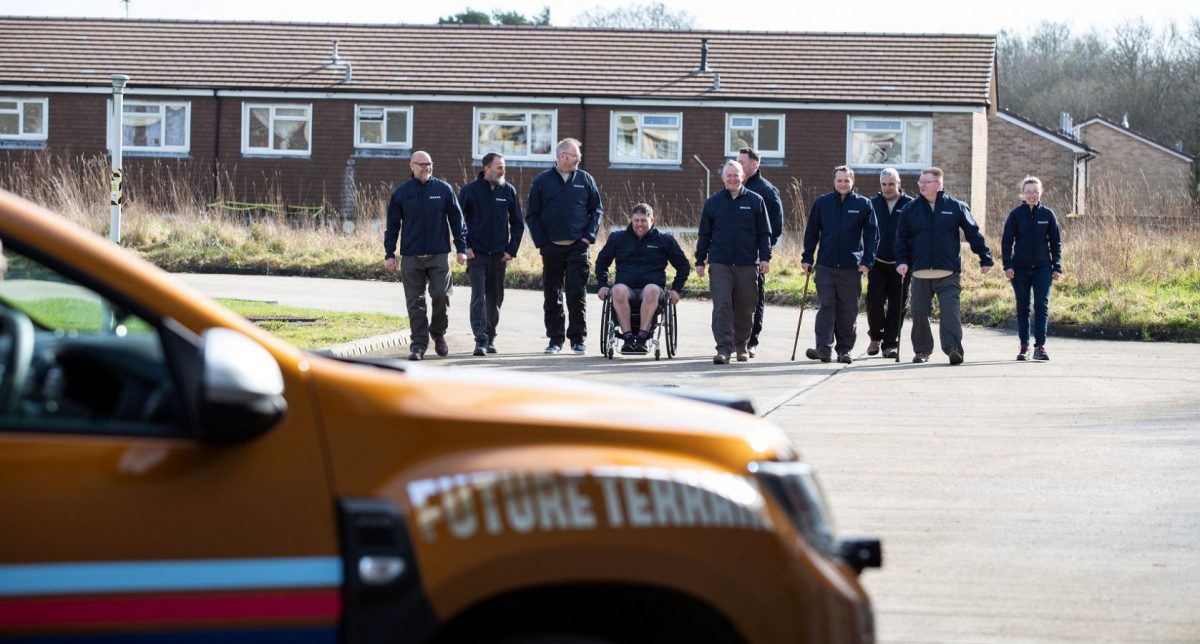 An armed forces team which includes veterans with life-changing injuries is preparing to compete in one of the world’s toughest off-road rallies.

The military personnel, part of Future Terrain charity, will be thrashing Dacia Duster 4x4s through the Atlas Mountains and Sahara Desert in the grueling Carta Rallye.

This means driving more than 2,000 miles from the UK to Morocco, where they will then spend six days negotiating giant sand dunes in an orienteering-type event before driving home.

The team of 14 will look after four cars for the GPS challenge, where they have to reach 30 set checkpoints per day.

One of the drivers will be George Frost, 37, a dad-of-two from Dorset who suffers from complex PTSD.

He said: “If I didn’t have this I would be at home doing nothing. It is how I was for two years.

“I joined the team as the anxious guy as I didn’t know how to talk to people but Future Terrain has helped me so much.

“Feeling part of something is great and the camaraderie and banter is brilliant. It has helped me with my social skills and given me something to focus on.

“I am doing the rally to test myself mentally and physically. I am anxious about the event but it is going to be good.

“We have been putting the Dusters through their paces at Bovington and even in standard form on road tyres they have been really capable.”

The team have been customising the Dacia Dusters and learning how to drive the robust off-roaders through the trickiest of terrain.

At MOD Bovington, in Dorset, the cars have been driven through areas normally used by tanks and armoured vehicles.

The Dacias are currently being stripped so they can be fitted with roll-cages ahead of the rally. They will also run on different wheels and tyres and have a slightly modified suspension to deal with the mountain-sized sand dunes.

Under the bonnet of the no-nonsense SUV will be the standard four-wheel drive system, 1.5-litre diesel engine and manual gearbox.

Each day, the cars will be being driven for around ten-hours across massive sand dunes and rocky tracks on their way to various GPS points; this is perfect confirmation of the teams vocational training over the last year.

At the end of the six-day challenge, the team will then pack up their kit and drive straight back to the UK.

It will be a mentally and physically draining event, with the team using it as preparation for the next challenge – racing the Dacia Dusters in the British Cross-Country Championship rally series.

Scott Garthley, 51, will play a key supporting role at the event.

The former soldier, from Edinburgh, has received several complex injuries following an explosion while serving in Iraq in 2003, including the need to amputate a limb in recent years.

He said: “My role is to support the team, which for me will be fantastic. I can’t do the driving, but I want to be involved and I’ll be helping with the navigation.

“I’ve been with Future Terrain since the beginning and it has been a lifeline. We’ve all suffered in similar ways and this way we can support each other. I love 4x4s and I travelled down to Dorset from Edinburgh to take part.

“Morocco is a great opportunity to do something of value when 90 per cent of the time I could be stuck at home.”

The charity allows them to redefine themselves. Some are no longer amputees, instead they’re expedition coordinators and the responsibilities they’re given transform their mental wellbeing while boosting key skills.

They meet up around once every three weeks and are made up of serving personnel and veterans including some who are wounded, injured and sick.

This month they went on the LANTRA 4×4 operators qualification course, learning the mechanics of the cars and how to correctly drive them off-road.

Members are also taught first aid and health and safety in the workplace – making them more attractive to employers when reintegrating themselves back into society.

Grant lost a leg in a motorcycling accident and wanted to use his experience of retraining and rehabilitation to the benefit of others.

He said: “We are all really looking forward to the Carta Rallye and then the rally season afterwards. The cars have been outstanding. They’re really capable off road.

“They’re light and nimble which makes them perfect for a desert environment.

“The Carta Rallye will be great preparation for the British Cross Country Championship. It requires preparation, teamwork, mental strength and skill.

“Future Terrain is dedicated to rehabilitation and career transition and our relationship with Dacia will make an invaluable difference to the lives of ex-military service personnel.

“It is about creating personal development goals, facilitating CV enhancement and giving the team an opportunity to stretch themselves.

“So far it has been really good. It is a great project to be involved in and the guys can own it.

“They all get different tasks, they’re thinking for themselves. They are still going through rehabilitation and it gives them the chance to engage with others.”