The ball bearing is stunning in its simplicity and yet it’s one of the greatest technological innovations of all time. However, it’s arguable that, if it wasn’t for the popularity of the bicycle, bearings as we now know them might not have come to be. In fact, many of the manufacturing innovations that the earliest […] 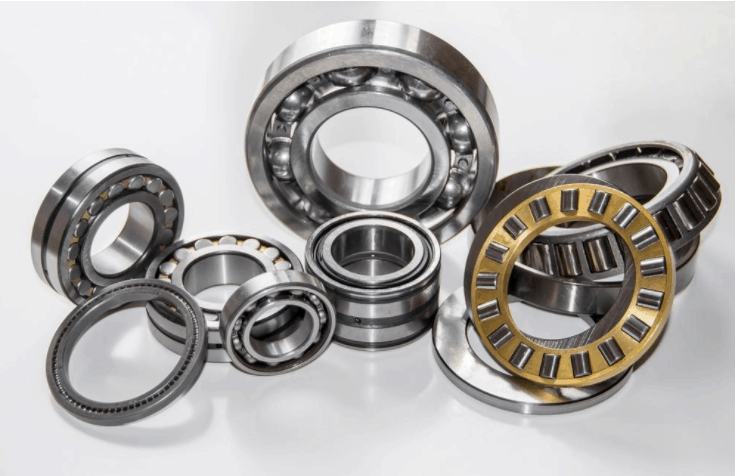 The ball bearing is stunning in its simplicity and yet it’s one of the greatest technological innovations of all time. However, it’s arguable that, if it wasn’t for the popularity of the bicycle, bearings as we now know them might not have come to be. In fact, many of the manufacturing innovations that the earliest car manufacturers took for granted were first developed for bicycles in the 19th century.

From rollers and wheels to bicycles

Although bearings in some form or another including the roller and wheel had been around since ancient times, it was Leonardo da Vinci who first discovered the advantages of two surfaces rolling rather than sliding over each other in the 15th century. However, the first patent for what we now recognise as a modern ball bearing was granted to Welsh inventor Phillip Vaughan in 1794. These were designed for use in the carriage industry and featured a metal ball running along a groove housed in the axle.

In 1869 came a breakthrough when French bicycle mechanic Jules Pierre Suriray designed the world’s first radial bearings. These were used to great effect by Briton James Moore when he won the world’s first ever bicycle race between Paris and Rouen on a Penny Farthing. By adding ball bearings to his innovative safety bicycle – the forerunner of every bike you see today – J.K. Starley solved the problem of smooth axle rotation and freedom of pedalling which paved the way for the high performance bikes we see today.

Suriray’s hand ground bearings were a great success until they developed a design defect. Whereas the shape of a ball bearing reduces friction by allowing the spherical surfaces to move smoothly over each other, Suriray’s bearings quickly deformed under pressure. Enter Friedrich Fischer, a German entrepreneur and founder of the FAG company, who developed a grinding machine in 1883 and is considered the father of the modern ball bearing. It was this advanced technology that allowed him to manufacture millions of perfectly spherical bearings at his Schweinfurt factory and by 1896 he was producing upwards of 5 million bearings a week.

The bicycle boom of the 1890s saw an explosion in the number of bearing companies hoping to service the new industry. But it was the fledgling automotive industry that would drive the history of the bearing forward again.

Self-aligning bearings were developed by Swedish company SKF in 1907 and later used by their car manufacturing subsidiary Volvo from 1927 onwards. As if to emphasise the connection between bearing technology and the car engine, the name Volvo means ‘I roll’.

New materials that could withstand the demands of the combustion engine needed to be found, along with new ways of using bearings to transfer power from one part of the motor to another with the minimum loss of efficiency and power. The use of new materials like PTFE, the non-stick coating used in cooking pans, meant that bearings could be produced more economically than ever before and they are now used in everything from the Mars Rover to your laptop computer.

Turbine type applications still make use of wooden bearings which were once manufactured from Lignum Vitae, an extremely hard wood found in the West Indies. Surprisingly durable and long-lasting, a wooden bearing has a lifespan of 7 years and is often used in wet applications like water wheels and pumps.

Simple in form and concept yet incredibly effective in performance, the bearing is the result of man’s invention and innovation in many diverse fields all wrapped up in a precision engineered ball.