The world is shifting and changing rapidly, with everything from tech and leisure, to the way we shop, cook and listen to music evolving into a lifestyle almost unrecognisable to life even as little as a decade ago. The way we work is changing too, with demands for greater opportunity, increased collaboration and a less […] 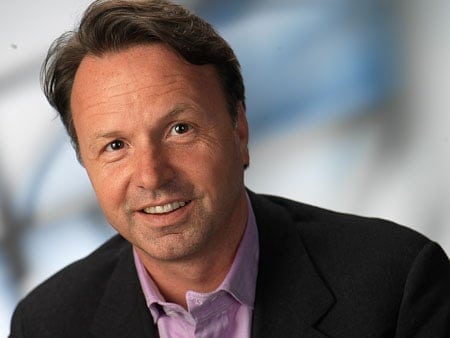 The world is shifting and changing rapidly, with everything from tech and leisure, to the way we shop, cook and listen to music evolving into a lifestyle almost unrecognisable to life even as little as a decade ago. The way we work is changing too, with demands for greater opportunity, increased collaboration and a less hierarchical business model taking center stage over the rigid, hierarchy-based systems of the past.

But what exactly does this mean for work in the next decade and beyond? According to Nikolaus Kimla, CEO of Pipeliner CRM, the evolving nature of work through the 2010’s has revealed a few important clues about where the future of work is heading. And it is overwhelmingly pointing towards the entry and growth of the grassroots shared economy.

But what exactly is a grassroots shared economy? Essentially, it’s an economy that empowers those at the bottom – everyday people, the impoverished and regular workers – through educating, empowering and essentially liberating those traditionally thought of as ‘the cogs in the machine’ to do, and achieve more, while reaping monetary and lifestyle benefits for themselves. Sounds overwhelmingly Utopian, and in theory, it is. But it’s also what the world is crying out for, and inevitably, what the world is moving towards.

“Think about it – less than one percent of the world holds approximately 45 percent of its wealth, while 70 percent of the population possess less than 3-to-5 percent of that wealth,” Kimla points out.“Companies like Apple or Google are prime examples of the current economic landscape – business models in which only a few ‘special’ individuals, like investors, corporate executives, and board members, profit off the hard work of countless regularly – and sometimes poorly – paid workers. Essentially, it’s a pyramid where only those at the top succeed, and those at the bottom exist solely to support the top. It’s no wonder those at the bottom are crying out for change.”

The grassroots sharing economy has attempted to disrupt this economic system before, making its entry in the early 2010’s. However, those currently in existence have experienced a kind of old-world erosion while trying to forge a place in our outdated economic system. A great example of this – the grassroots sharing economy gone wrong – is Uber, a well-known ridesharing platform that operates in 60 countries and 400 cities worldwide.

The company started as an alternative for those wanting to travel without having to use a taxi service, while also empowering regular people with a car to make extra money on the side – and in some cities, an entire living. Sounds ideal. But, unfortunately, after implementing massive changes in their business model to benefit investors, those driving for Uber typically need to work one or two additional jobs to make ends meet. As such, instead of becoming a bastion for a perfectly shared economy, Uber has become a prime example of the top-down, or trickle-down economy we live in.

What exactly does a functioning grassroots sharing economy look like, according to Kimla? While there are very few examples as of now, Kimla contends that more and more businesses will soon emerge where, instead of hiring employees to sell product and paying them as such, will partner with individuals as independent entrepreneurs, empowering them with the knowledge, skills and resources to understand, sell and ultimately profit off of an existing business model.

Kimla foresees this economy would have people working independently and for the most part, autonomously, free of the hierarchies and office politics that affect productivity. Lifestyle would also be greatly improved, and not solely through the economic benefit of taking a slice of profits, either. Instead, workers would use the time spent on getting ready, commuting and organising their life around regular work to invest in their family or in growing their slice of the business.

Because enterprise mobility and remote working capabilities are a large part of the grassroots sharing economy, it’s possible that economies in countries traditionally thought of as ‘third world’ could improve. Removing barriers like geographical borders means that people in these countries could start working for companies they previously couldn’t, and potentially make amounts of money that were previously unattainable.

While reminiscent of multi-level marketing business models, the grassroots shared economy differs because it doesn’t rely on the recruitment of other members to make bonuses. Instead, this model creates “intrapreneurs” who, while partnering with a larger business, are able to receive the right education and resources to make smart business decisions, take strategic risks, sell product that matters, and reap profits and rewards in line with the parent company. This seems counterintuitive to many, begging the question ‘Isn’t running a business all about making a profit?’

Not necessarily. It’s a radical thought, but it’s not the first time businesses have had ambitions other than profit. Nonprofit companies, for example, are run to benefit others, and the volume of work that is put into them is incredible with no expected return. Imagine if perceptions could be shifted to a point where business wasn’t about making a profit at the expense of others, but about empowering the working classes and impoverished to put their heart and soul into a business, while getting a slice of the pie for their hard work?

It might seem inconceivable now, but it’s the future we’re facing. And it’s a future that Kimla believes whose time has come: “How we work is going through one of the biggest changes in our lifetime, but it’s full of potential for employers and employees alike.”