Brexit has resulted in various policies and protocols that are complications and troublesome situations for affected parties, most notably the Northern Ireland Protocol. 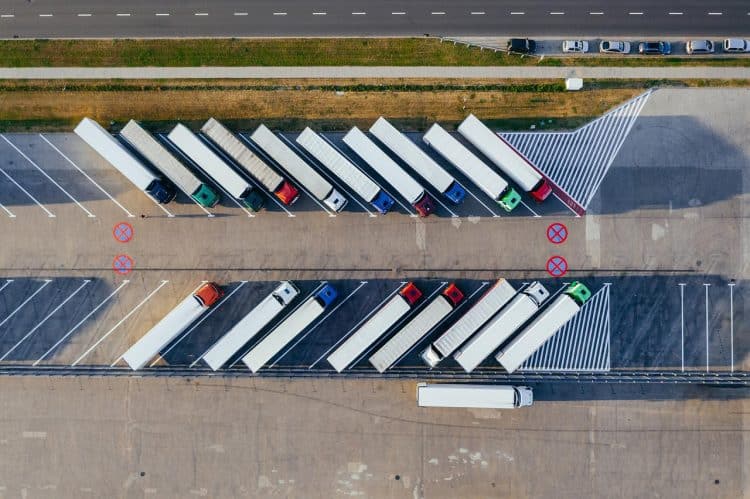 However, it opens the doors for experts to develop and integrate blockchain technologies that could entice governments to adapt blockchain within their systems to make transitions and policy adaptation more seamless and less complex.

Subsequently, the British government and the EU have agreed to implement a special agreement or the North Ireland Protocol, which aims to balance the scales on its participation with the United Kingdom and the EU as both parties agree that there should be no “hard border” between Northern Ireland and the EU, which abides with the Irish government’s stance on the matter. The protocol, which is currently being deliberated for improvements, indicates that Northern Ireland’s position with the EU is more proactive and inclusive than the UK’s standing with the EU. Regardless, Northern Ireland recognizes both the UK and the EU’s features as it follows trade agreements with the UK and remains within the EU’s single market for goods and the sanitary and phytosanitary (SPS) system for animals and food products.

Northern Ireland’s market was highly integrated with the UK before the changes, but ever since Brexit and the implementation of a new protocol, it has disrupted and caused complications to tax, tariffs, and regulatory compliance. Northern Ireland’s current hybrid system of adapting to the UK and the EU’s protocols makes it necessary to renegotiate and reshape forthcoming changes to enhance their current situation, which has been going nowhere lately. Nonetheless, industry analysts and experts have been looking to incorporate blockchain technology as a means to reduce most of the ongoing prevalent matters between Northern Ireland and the UK, particularly border issues. Blockchain is a type of distributed ledger that offers a digital database for keeping track of all supply chain transactions.

In hindsight, the prevailing matters between Northern Ireland and the UK pertain to border issues and complex systems that came from post-Brexit protocols, particularly the transfer of goods or ensuring the integrity of goods crossing the border and vice-versa. Fortunately, just like with other prevailing issues in the past, technological breakthroughs offer solutions, and in this case, the adoption of blockchain technology could potentially help overcome the complexity of the current issues and a straightforward system using this groundbreaking technology will help border-related issues with the tracking of goods in transit and helping eliminate customs conflict for businesses. According to Alan Jones, a British businessman and CEO of messaging app YEO, “Through the use of blockchain, you’ve got an irrefutable trail of the information at all stages, and by geofencing codes in order to unlock seals to the destination depo, you could also be assured of the integrity of goods in transit.” The main objective of incorporating blockchain technology in both parties will simplify the exchange, authentication, and sealing of the goods in transit and enable tracking its positions at all times, paired with a much more convenient documentation system.

So far, initiatives to drive blockchain technology to be integrated by Northern Ireland and Great Britain to address border issues are gaining momentum. In 2019, the ELAND consortium, a notable technology and solutions firm led by its CEO, Charles Le Gallais, proposed the adoption of blockchain technologies in building a secure freight transit system based on digital-locking containers, GPS routing records, automated certification and anti-tampering enforcement with every detail documented in a blockchain time-series database. The proposal aims to enable the seamless movement of goods across borders by making it more convenient for practitioners and less unmanageable to overcome the current post-Brexit border issues between Northern Ireland and Great Britain. Blockchain technology, under a suitable regulated environment achievable by embracing smart regulations could provide the solutions needed to address the ongoing border issue.

The initiatives being pushed through by experts bode well alongside the EU’s vision of adopting blockchain technology within government systems. In 2018, twenty-two European countries signed a declaration to share blockchain experience and expertise across Europe and launch EU-wide blockchain applications. Suppose both Northern Ireland and Great Britain agree to incorporate blockchain. In that case, it will be possible to enhance the approaches to information exchanges between numerous entities, such as customs and other regulatory agencies, and reduce errors and fraudulent activities, which will make the current situation evolve into a much more efficient and transparent system.