Laden with tech and nice touches, the Seat Leon e-hybrid is a compelling proposition. But is the extra cost of the battery worth it? 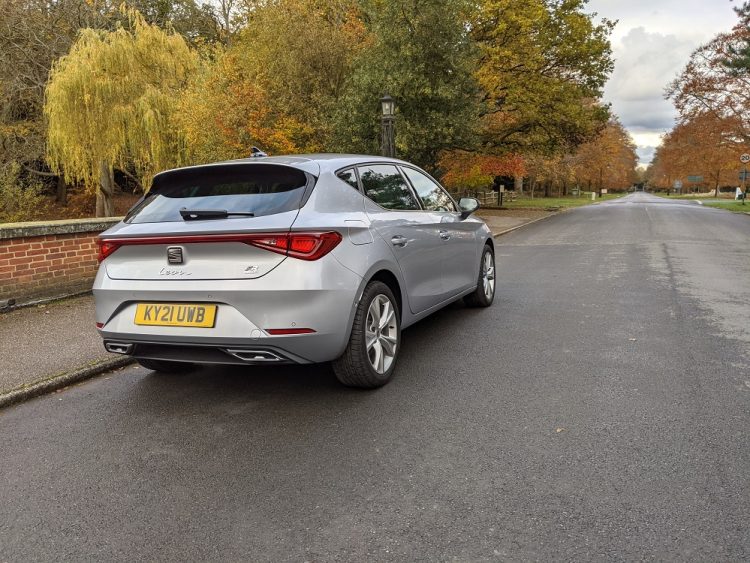 Talking about benefit in kind (BIK) rates is the least interesting way to start a review of anything. Let alone a car. You want to read about horse power, handling and dynamics. Who cares what the taxman thinks? From time to time, however, a dose of reality comes in handy. With the phasing out of petrol and diesel, hybrids and EVs are taking over. To encourage the jump, tax rates are favourable to entice motorists. But are they any good? Well, the Seat Leon e-hybrid is a compelling proposition.

As a company car, however, the BIK rate of the Seat Leon e-hybrid is 7%. The petrol equivalent is 29%. It certainly makes a whole lot more sense from that perspective.

You’ll know already if and how the numbers will work for you. So, let’s crack on and judge the Seat Leon e-hybrid as a car. Its 12.8KwH battery works in tandem with a 1.4-litre engine and a six-speed gearbox. 0-60 is ticked off in a thoroughly respectable 7.5secs.

This means that you can hustle along at a fair old click down your favourite B-road. A drive down mine revealed a more playful car than I was expecting. In sport mode with foot firmly applied to throttle, the battery supports the engine to provide a bit more poke. To get the most from the car, you do need to keep that battery topped up.

With plenty of traction to work with and an accurate steering setup, you can fling it into corners with confidence. Because it’s not earth shatteringly fast, you can use everything on offer without things getting out of hand. Performance, however, is not the name of the game. The steering, whilst accurate, is light. The focus is on delivering a family hatchback.

The engine and battery work reasonably well together. Initially, the Seat Leon e-hybrid wants to do everything in battery only mode. Only under heavier acceleration will it call upon the engine to do the heavy lifting. Unlike some hybrids, the transition from battery to combustion engine power is smooth. There’s a faint roar from the engine, but otherwise you wouldn’t really notice the change.

What’s the Seat Leon e-hybrid like to live with?

This is where the Seat Leon e-hybrid excels. I was really impressed with the level of tech you get in here. The safety and driving pack mentioned previously is well worth considering as an option. It gives you road sign display, but this also works with the cruise control and regenerative braking. So, let off the accelerator in a 40mph zone approaching a 30mph zone and the Seat Leon e-hybrid works with the road signs to adjust your speed for the new zone. Initially it feels like it’s braking for no reason, but it’s actually a very clever system.

It also knows when you’re approaching junctions and your proximity to the car in front. The adaptive cruise control, rather surprisingly, is one of the best I’ve experienced. It puts more illustrious names to shame. There’s one EV firm offering ‘auto pilot’ that doesn’t hold a candle to the system in the humble Seat Leon e-hybrid. Whilst the lane keep assist is often overbearing (a complaint across the VW group) it works brilliantly when deployed with cruise control. It holds the centre of a motorway lane perfectly. Where some require constant input from the driver, this lets you be with minimal interaction. It’s really good.

The only downside is a fiddly infotainment system. To adjust the heat, you have to scroll your finger across a plastic touchpad. This either doesn’t work or shifts the temperature to the extremes of the range. It’s also not backlit, which isn’t ideal at night. So, into the menus you go. It’s poorly thought out for something usually so easily accessible.

With a stated electric range of “36-40 miles” you’ll need to keep the battery topped up. This will mean you’ll need a charging point at home. That said, from a three-point home plug 0-100% charge can be done in five hours.

In the first 40 miles of this review, which included what we can call more ‘spirited’ driving, I achieved 115mpg. This had used all the battery and called upon the 1.4-litre engine for support at times. If you drive like a feather-footed saint, you might get 35 miles from a charge. Realistically, you’ll be looking at high 20s.

From a family use perspective, which is really the target market, there’s not much to fault. The cabin is spacious and there’s plenty of leg and head room in the rear, too. The boot will accommodate the weekly shop with ease and there’s ISOFIX and all that stuff for the kids. The Seat Leon e-hybrid is a well appointed car. The elements you come into contact with are well thought out and it feels modern. It’s such an easy car to get to grips with, making it very accessible to all comers.

I enjoyed the Seat Leon e-hybrid more than I thought I would. The interior and technology exceeded expectations and it was also more engaging to drive. Perhaps I had set the bar too low. Either way, there is little to fault here. It was at home doing the mundane daily stuff and it responded well to a firmer hand. That makes it a good hatchback.

Is the cost of the battery worth the premium, though? This is where BIK rates become so important, because the only way to justify a hybrid is through this prism. You’ll get one as a company car, but with your own money? The sums don’t really add up. There’s the enticing prospect of a bit more performance over the petrol version. If that’s your top priority, however, the entry level Cupra Leon is available for £2000 less than this. It’s a full second faster to 60 and is more geared towards driving dynamics.

Whatever your reasons for getting a Seat Leon e-hybrid, you won’t be disappointed with the outcome. Away from BIK rates and all that noise, this is a thoroughly good car. The standard range of equipment is impressive. I really like the way the Leon looks. It’s both practical and engaging. It’s just a shame you can’t change the temperature with a little more ease. If that’s the main bugbear, it’s really not all bad!