Lak Sira’s supercar went up in the smoke on the hard shoulder of the M6 after he pulled over when he smelt petrol. 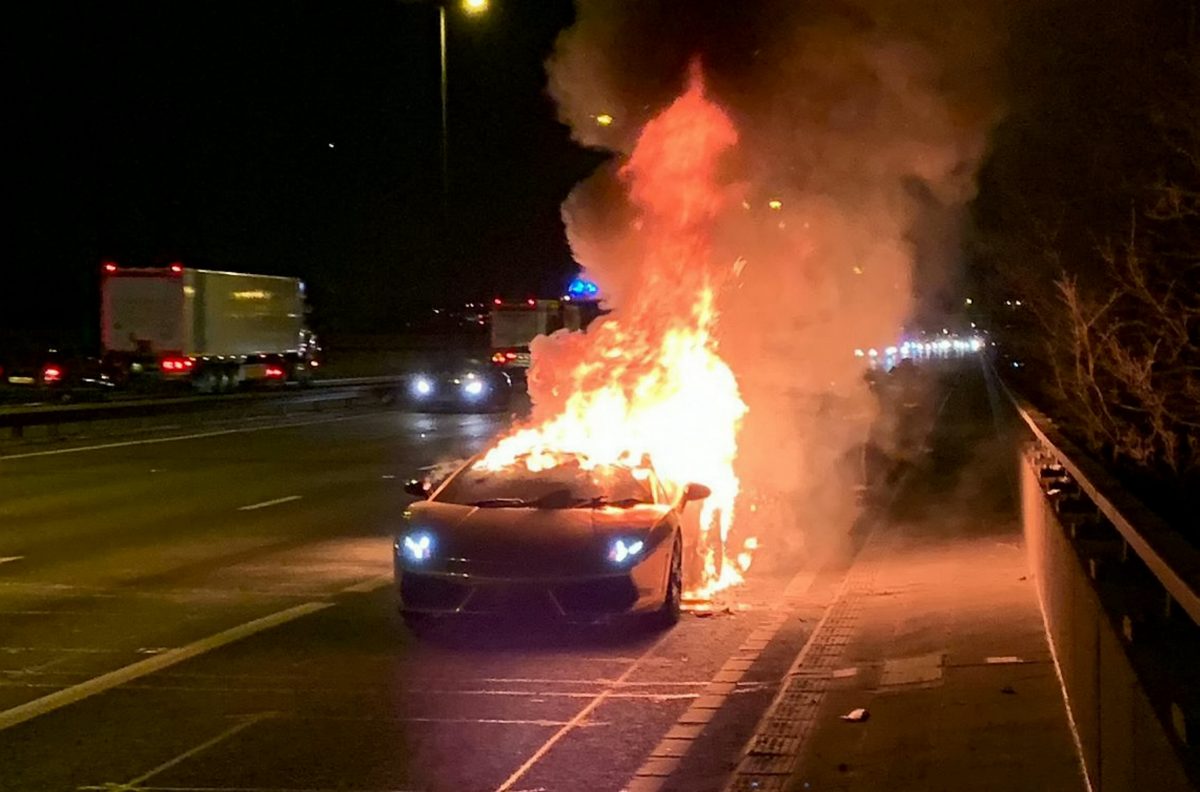 A young businessman was left gutted after his prized £125,000 Lamborghini Gallardo burst into the flames on the motorway – just an hour after picking it up from the garage.

Lak Sira, 22, said he was nearly killed after his “pride and joy” went up in smoke as he drove along the M6 with his girlfriend last Friday. 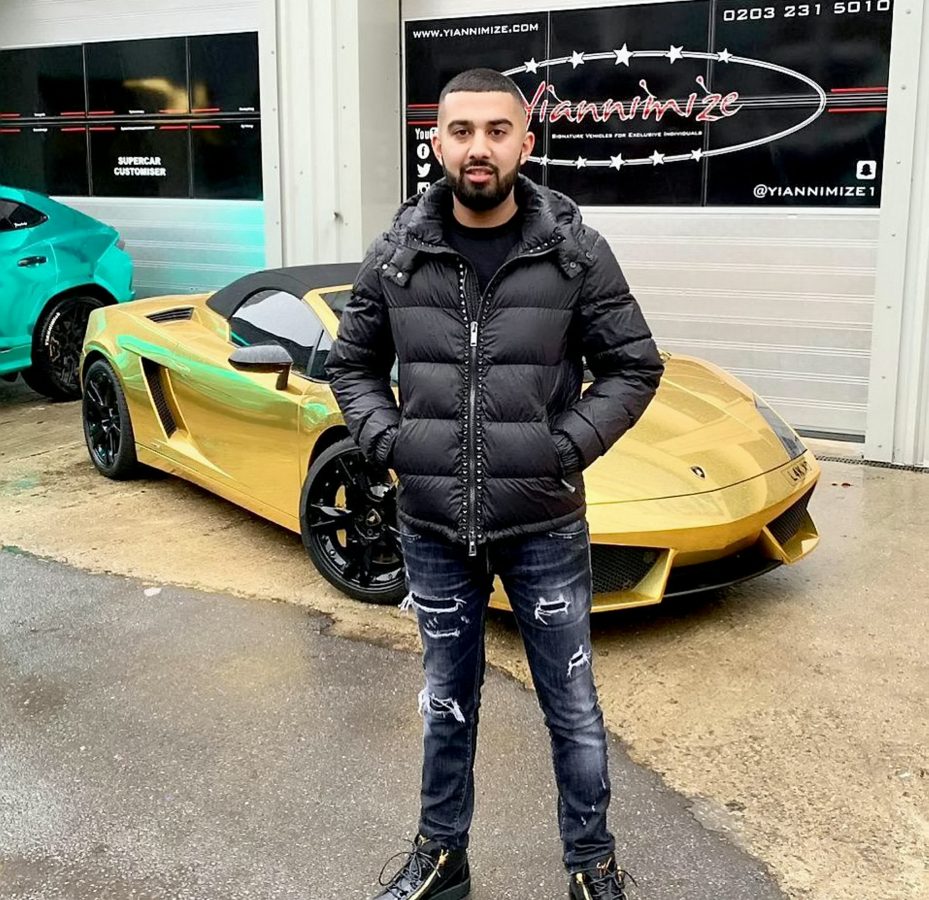 The entrepreneur had been on his way to London when he smelt petrol and was forced to pull over on the hard shoulder near Birmingham.

He then jumped from the gold chrome-plated supercar after hearing a loud bang and watched helplessly as the back of luxury vehicle was engulfed in flames. 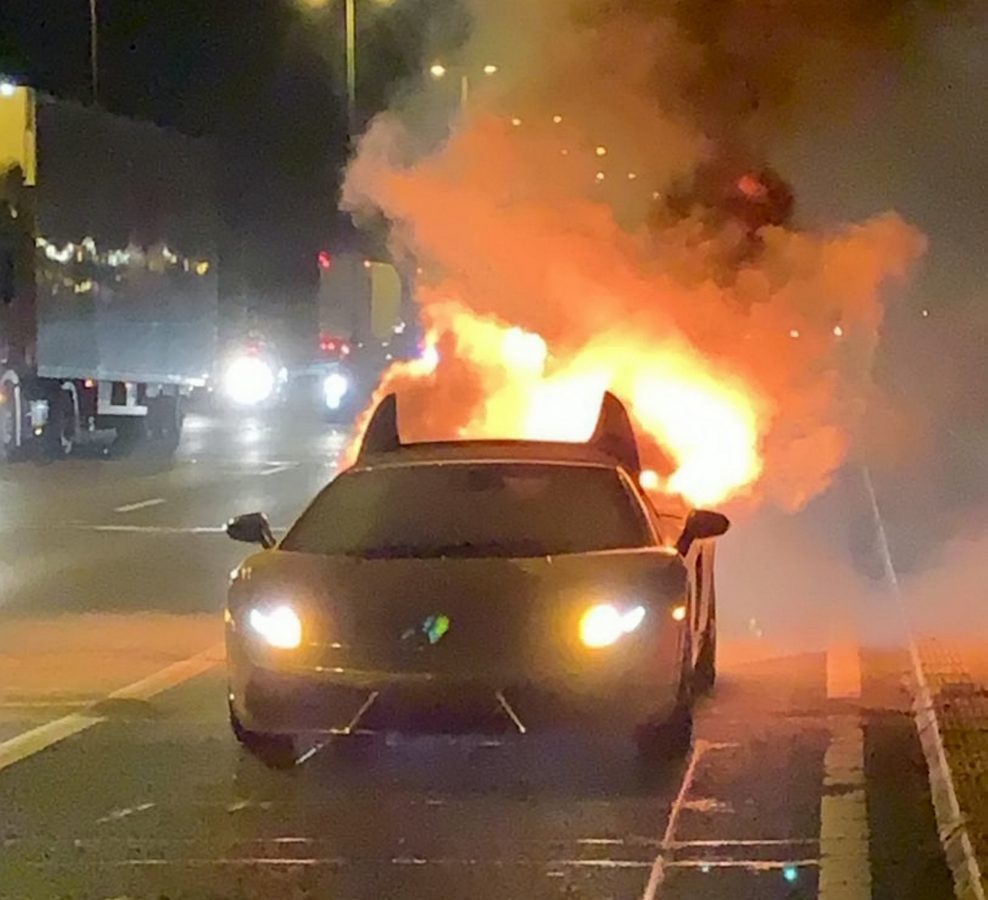 Shocking pictures show the flaming wreckage as well as the blackened remains of the gutted vehicle after fire crews had extinguished the blaze. 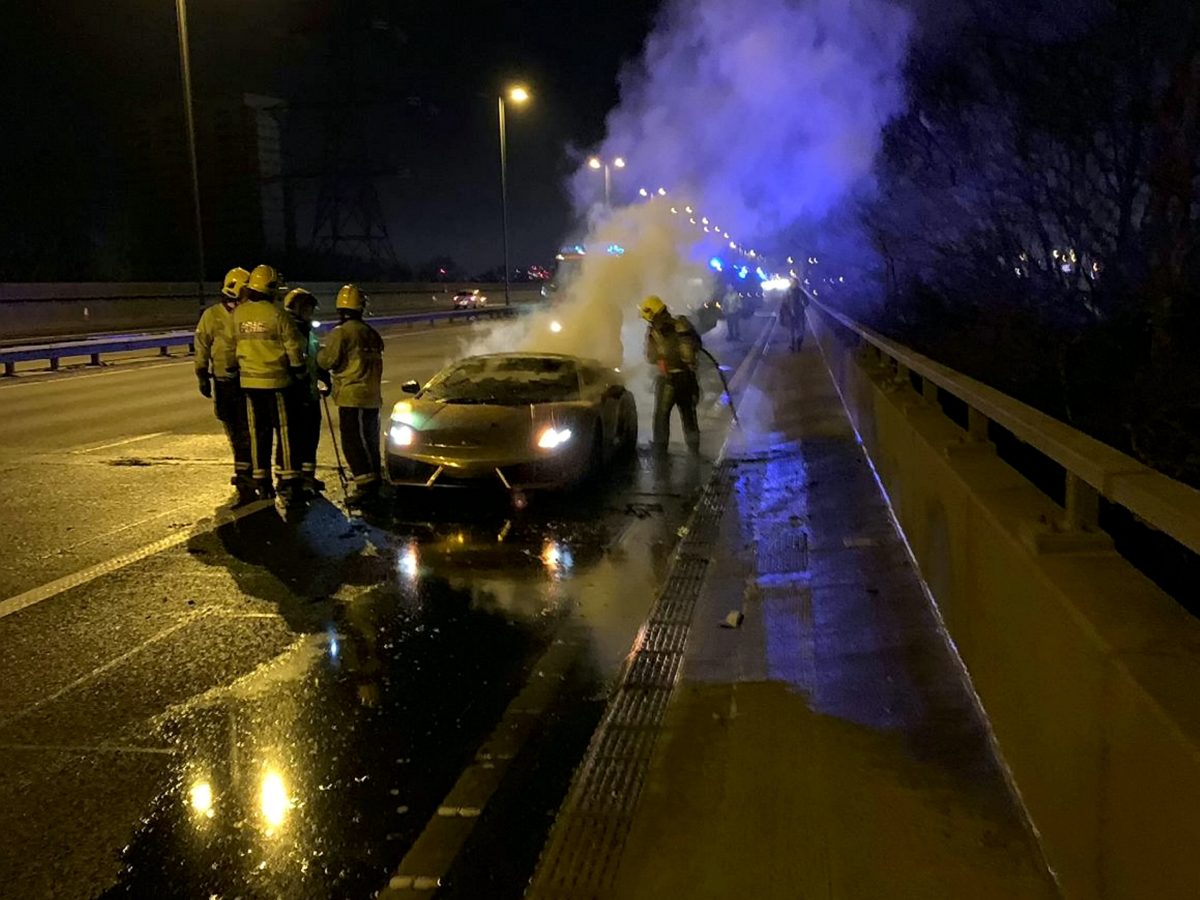 The self-made businessman said he had paid £10,000 for a service and picked it up from Lamborghini Birmingham when it burst into flames just an hour later.

Lak, who earns £200,000 a year running an online trading company, has blamed the garage’s negligence and said he is looking at taking legal action against the dealership. 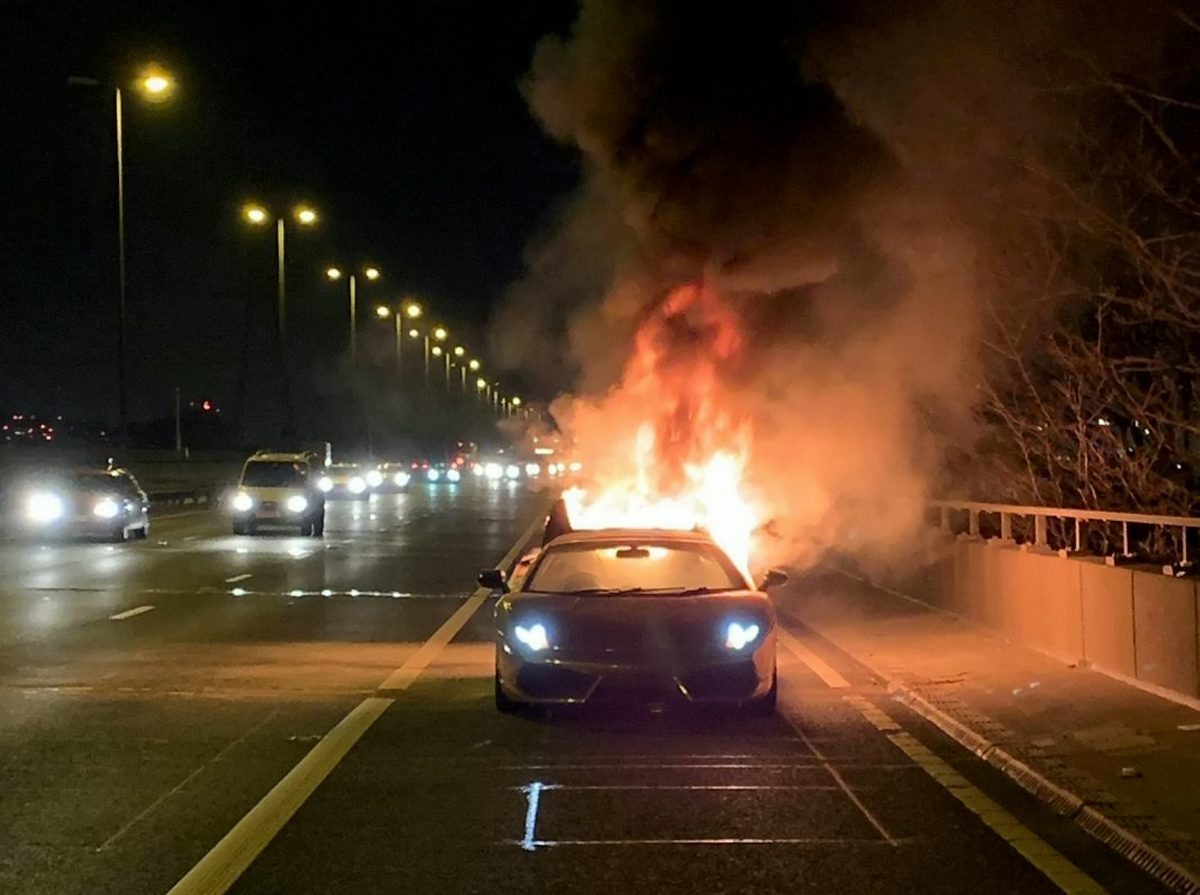 Lak, who lives in Birmingham city centre, said: “I was on the way to London with my girlfriend for a night out as I just had the car back and wanted to drive it around.

“We had only gone one junction when my girlfriend smelt petrol in the car, so I called the garage’s mechanic.

“He said ‘the car has just been for a service and it is usual to smell a bit of fuel’, so there wasn’t a problem.

“So we carried on a bit further and my girlfriend asked me to open the windows, because the smell of fuel had got that strong.

“I stopped on the hard shoulder, between J5 and J6, to remove the roof but then the next thing was we heard a loud bang, it was like a firework going off, and the back of my car caught fire.

“I just had to watch helplessly as the car which I had worked so hard to buy went up in smoke.

“We nearly died, if I didn’t pull over when I did I dread to think what happened. It was very frightening and my girlfriend is scared to get in any car with me now.

“I am meeting with my solicitor to see whether to take legal action as I can’t believe its a coincidence that I’d only just had the car back from the garage.

“I have phoned them up to get some answers but the manager didn’t seem interested. He just wanted to check to car was off the road so people couldn’t see the damage.

“I worked 24/7 for four years in order to buy this car. It was my pride and joy and I never imagined I would ever get to sit in one, let alone own my dream car.

“I used to work in a Sainsburys and a Yodel warehouse, so I’ve worked from the bottom to get to where I have.

“I want answers because it clearly wasn’t safe to drive and if it had burst into flames as I was going along then we could have been killed.” 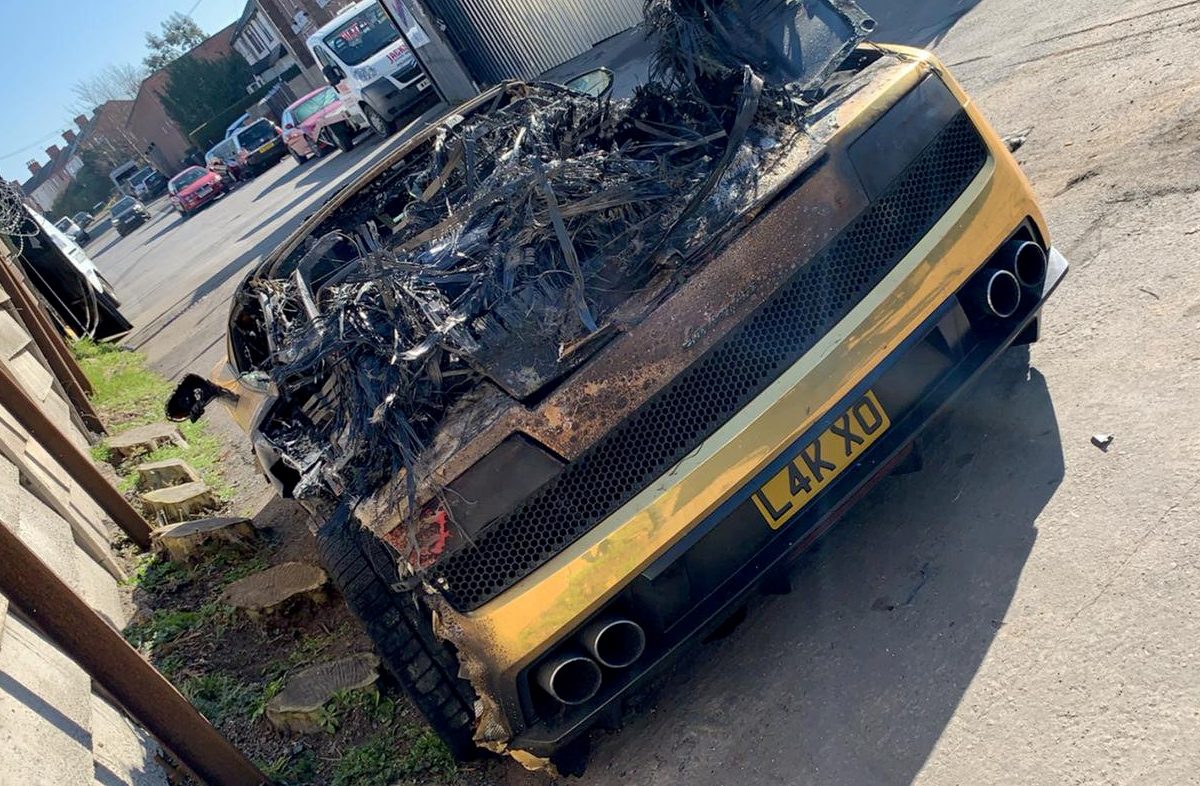 A West Midlands Fire Service spokeswoman said ten firefighters were sent to the scene at 8.54pm and crews used a hose-reel jet to douse the flames.