“Mum, I am fat”, if you are a mother of a teen you have probably heard it too many times. Teen girls post their best pictures to get a sort of validation from the Internet community. And if they don’t get it, they feel insecure and underestimated. Essena O’Neill, a teen from Australia, decided to […] 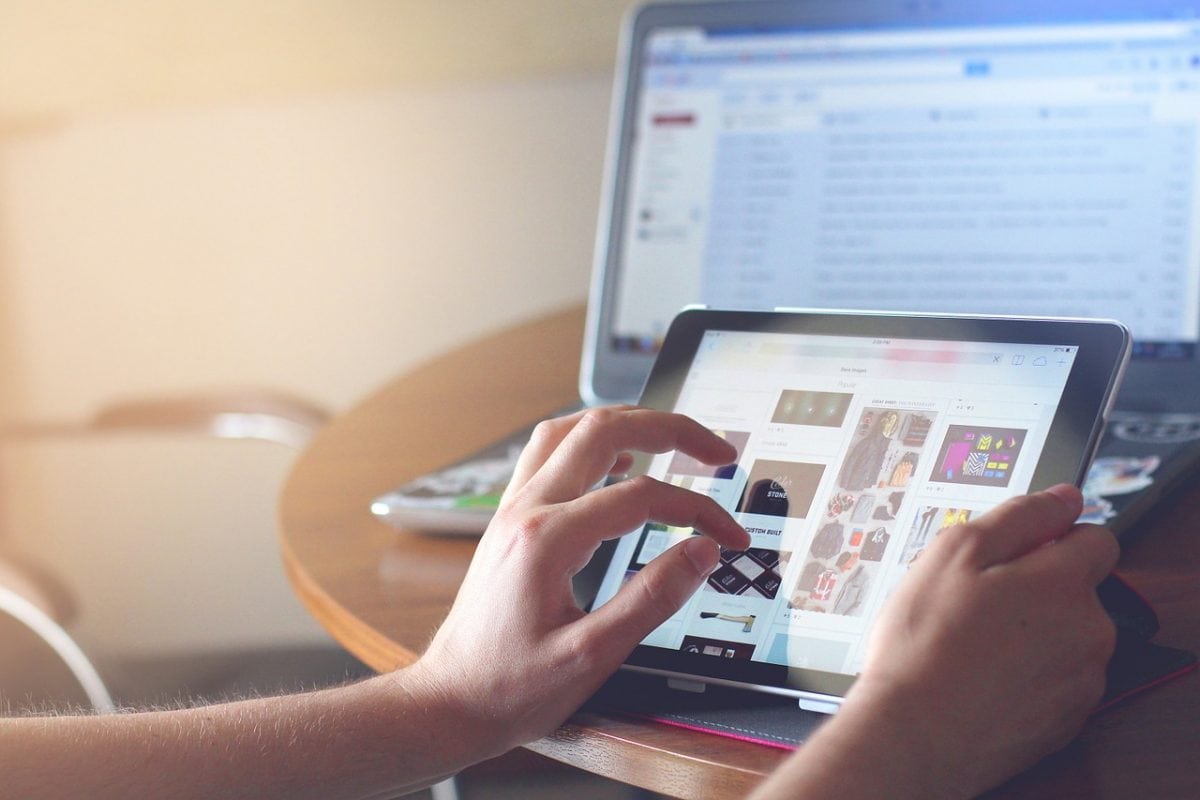 “Mum, I am fat”, if you are a mother of a teen you have probably heard it too many times. Teen girls post their best pictures to get a sort of validation from the Internet community. And if they don’t get it, they feel insecure and underestimated.

Essena O’Neill, a teen from Australia, decided to quit Instagram and focus on real life. Once she received 5 likes for a newly posted picture and got upset for not being assessed properly. Millions of teens feel the same.

Scientists call this phenomenon “compare and despair”. Teens feel less attractive (5 out of 10 girls are satisfied with their bodies), less intelligent and their life seems miserable when comparing with the one of their friends, favorite celebs, or just Instagram stars. A Ph.D Professor of Education Science, Alexandr Korman says that social media produce narcissism and self-admiration whose side effect is the exposure of different complexes amid teens who consider themselves not good enough, not skinny enough, not something enough.

The study, led by United Kingdom’s Royal Society for Public Health, considers Instagram the most harmful for the kids’ mental health. Snapchat is second worse.

Social media increase the children’ depression, sleep disorders, and frustration. In America, 95% of teens use social media as the best networking tool. Thus, their use is #1 concern for parents. Instead of fighting with this phenomenon, parents need to understand how to deal with the increasing interest in social media and with the kids’ full engagement in a digital realm.

In 2017, the ecosystem of responsible parents saw the release of a brand new parental control app Kidgy (available both on Google Play Store and on App Store), which meets the expectations of busy parents. 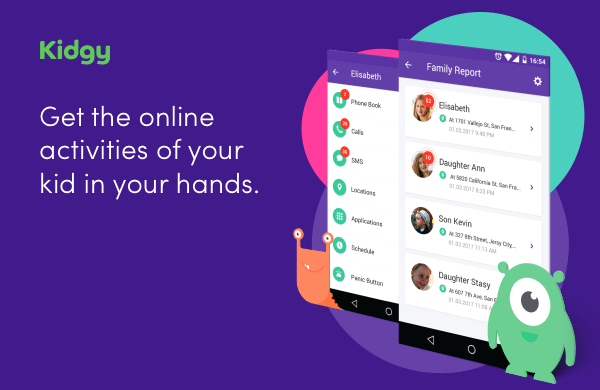 The app allows parents to monitor any kind of interaction remotely: text messages, chatting, phone calls, and be aware of potential dangers coming with it. So it’s a good preventive tool against sexting, cyberbullying, and inappropriate content sharing.

The current location of a child is a recurrent concern of a parent. With this app, a parent can track their child’s location and even set up barriers on a virtual map (geofencing: if far from school or home). If a child crosses them, a parent gets an alert notification. A child can also click a Panic button to let a parent know they are in danger. 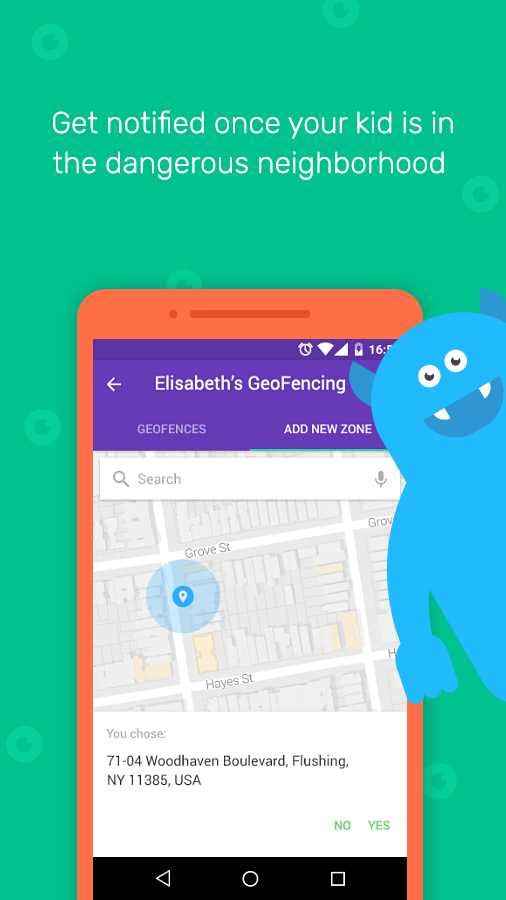 “Social media check-ups damage sleep patterns with the children”, affirm researchers from the University of Pittsburg School Of Medicine. Instead of sleeping necessary 9.5 hours, they sleep 7.5 hours and post an average of 26 times a day. Kidgy enables parents to limit or block social media use or set time and use restrictions. This looks helpful when children have school and home responsibilities or simply have to go to bed.

Speaking of responsibilities, parents can set tasks or home chores via a scheduler feature. This is a very productive way to teach children being responsible, accountable, and diligent. Besides, you don’t leave them alone with the task, you can follow its completing, guide through it, and help if needed. 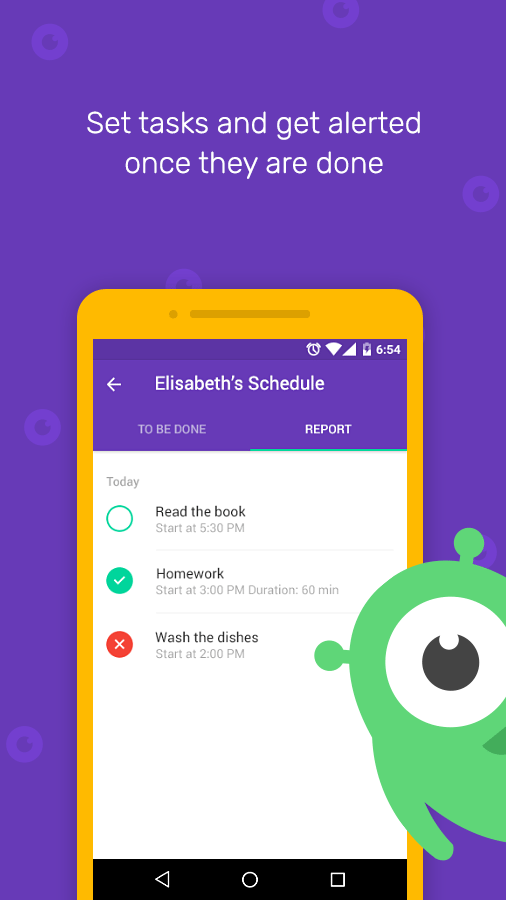 A chaotic internet browsing is dangerous in terms of an uncensored content popping up constantly. So Kidgy comes in handy as well allowing parents to set a filter on online browsing.

When a parent needs the whole picture of the internet activity to get insights about their children’ online behavior, they may claim for a one-page family report, which might be subject to further discussions with the child.

The child’s online safety became #1 issue for such giant international organizations as UNICEF.  Its mission is to create a protective environment for children by effective law enforcements. However, it advocates for a personal responsibility of parents, and an effective parental control app is a way out for it.