It’s no secret that online gambling regulation is a huge bugbear in the United States, and always has been ever since US authorities and politicians realised just how popular and lucrative online casinos and other online gambling destinations would prove to be. Yet, despite a handful of pro-online gambling bills that have done the rounds […] 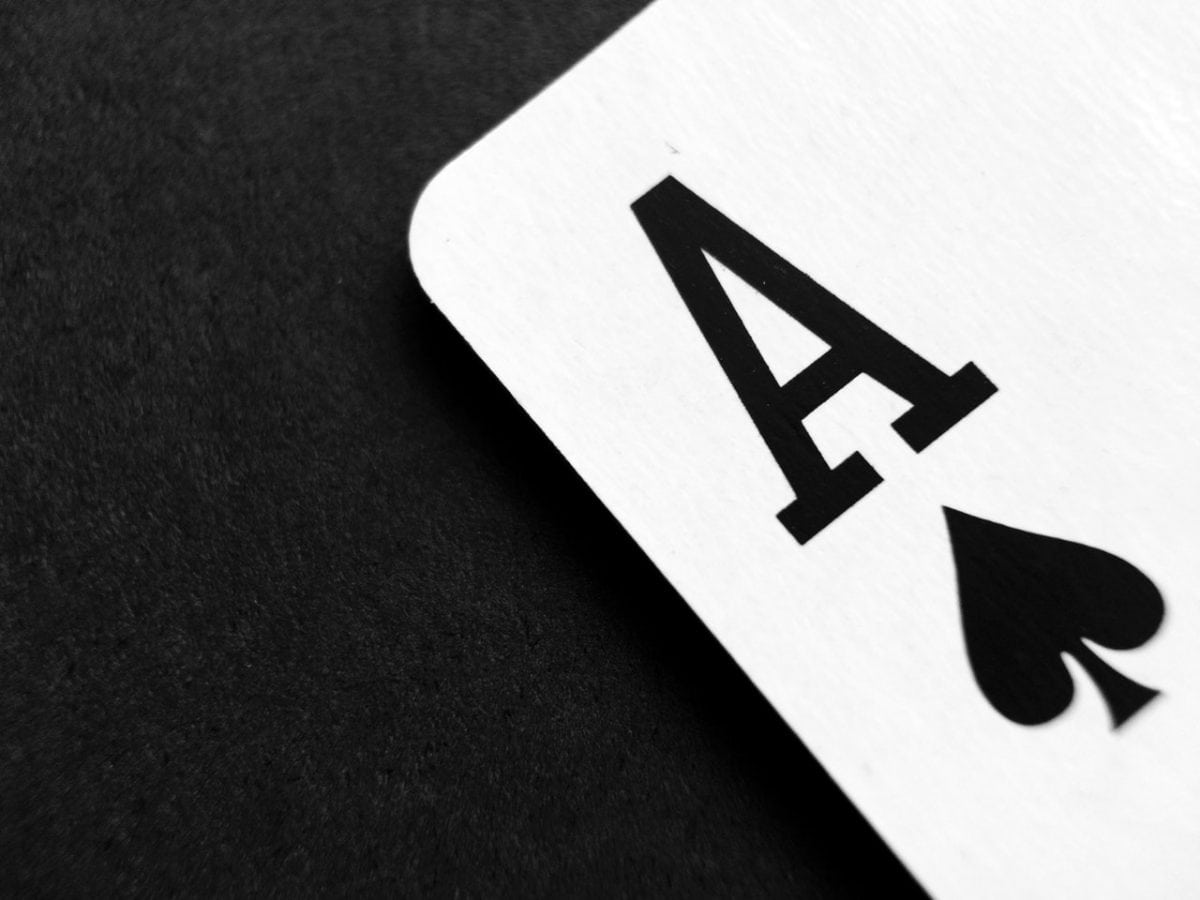 It’s no secret that online gambling regulation is a huge bugbear in the United States, and always has been ever since US authorities and politicians realised just how popular and lucrative online casinos and other online gambling destinations would prove to be.

Yet, despite a handful of pro-online gambling bills that have done the rounds in Washington DC over the years, none have come even close to being passed and signed into law.

That may change, however, based on recent news reports that US Attorney General Jeff Sessions – who is arguably one of the biggest opponents to the legalisation and regulation of online casinos on a Federal level – has removed himself from the fray, if not by choice.

Conflict of Interest with Coalition To Stop Internet Gambling

As per reports a ‘conflict of interest’ is behind Sessions’ self-inflicted and increasing distance from all things casino online-related. It seems Sessions was linked to the Coalition To Stop Internet Gambling and by extension its founder Sheldon Adelson, which is a no no.

Adelson, renowned US billionaire, magnate and owner of the Venetian Resort Hotel Casino and other US and foreign land-based gambling concerns, is widely considered the biggest non-politician opponent to the legalisation of online casino sites in the United States.

When Session’s connection to the Coalition came to light, he had no choice but to distance himself from everything US online gaming-related in order to keep his political integrity and reputation intact. This development was received with joy from pro online gaming fans keen to see online casinos licensed, regulated and taxed alongside their US land counterparts.

Connection Between Sessions and Alderson is Indirect

The connection between Sessions and Alderson is an indirect on albeit, but enough to damage the former’s career if left unsevered.

The connection is in the form of a lawyer Charles Cooper, who Session retained in 2016 as his private council and who the Coalition To Stop Internet Gambling retained just last month (June, 2017) to represent them in their dealings with the US Justice Department.

Hard to ignore, this conflict of interest has succeeded in removing one of the biggest blocks preventing a free and liberalised US online casino industry, at least in the short term. Since coming into office, Sessions has had his sights set on all things pro-online gambling.

Too many times to count over the years, the US Attorney General has spoken out openly against the federal licensing and regulation of online poker rooms and online casinos in the United States. In fact, if up to him Sessions would likely ban all online casino games.

The irony will surely not go unnoticed by advocates of a legal and regulated online gaming industry in the US that Sessions’ decision to distance himself from this area was indirectly set in motion by Adelson, an equally staunch critic of online casinos and gambling.

Perhaps also ironic, is the fact that the US Attorney General has been in the news rather a lot lately with regards to his what can best be described as ‘tumultuous’ relationship with yet another infamous US land gambling mogul and current US President, Donald Trump.

When the US Senate confirmed Jeff Sessions as the new US Attorney General, little did the former Senator predict the controversy that lay waiting for him in connection with his pre-election dealings with the most important (top) Russian diplomat in Washington DC.

Standing accused of not disclosing two pre-election meetings with said diplomat, the new US Attorney General landed himself firmly in the spotlight. The reason being his failing to mention said meeting in his confirmation hearings, where he stated on the record that he knew of no contacts between the Russians and anyone connected to Donald Trump.

When the meetings came to light, to deal with the fallout Sessions proceeded to recuse himself from any involvement in the high-profile probe run by the Department of Justice into links between Moscow and Donald Trump and his pre-election presidential campaign.

Recusal Seen as Slap in the Face by President Trump

This recusal was seen as a slap in the face by President Donald Trump who, in an interview with the New York Times, said he would never have appointed Sessions as US Attorney General if he’d known beforehand he would recuse himself from the Russia investigation.

The Russian episode has been a big embarrassment to the property and gambling tycoon’s Presidency, and one he’ll be only too eager to be done with. Famous for bearing grudges, however, it remains to be seen whether Sessions’ and Trump’s relationship will survive.

But the real head-scratching question is why online gambling and particularly online casinos is such a hot topic in the United States, a nation that has always had a long and fruitful love affair with all things gambling?


Perhaps the answer lies in the question itself – many people familiar with the US gambling landscape believe one of the reasons US lawmakers are so reticent about passing pro-online gambling regulations and laws may be as a result of pressure and/or influence exerted by long-established and highly lucrative land casino and gambling groups, amongst others.

However, to understand the ‘feud’ between traditional US casino groups that operate out of major gambling centres like Las Vegas and Reno, Nevada and the new generation of online and more recently, mobile casinos, you need to go back many years to the mid-2000s.

Even then online gambling was hugely popular in the United States, as tens of thousands of avid casino and poker fans regularly accessed the internet to play a wide variety of lucrative real money games from the privacy of their homes on their computers and laptops.

At the same time, US authorities were growing increasingly concerned about the lack of regulation and controls in the online gambling industry. However, instead of pushing for the implementation of a legal, regulated and taxable industry, they opted for a prohibition.

And they weren’t alone, as the idea to prohibit online gambling on a national level was widely supported and endorsed by plenty of conservatives, land casino and gambling groups as well as various sporting leagues and franchises across America.

The result was the Unlawful Internet Gambling Enforcement Act (UIGEA), a controversial piece of legislation authored by Republican Jim Leach and introduced to Washington and the rest of America in November 2005.

UIGEA Was Signed Into Law in October 2006

UIGEA was passed in the US House of Representatives, and the Senate (after being attached to the Safe Port Act, which had to be passed), and finally signed into law by George W. Bush on October 13, 2006, to forever make its mark on online gambling in the United States.

The aim of UIGEA was to force offshore-owned and operated online gambling sites to exit the US market by implementing a law designed to punish internet gaming companies and their executives from processing online gambling-related payments from US players.

Interestingly, UIGEA does not and never has made it illegal for American citizens to gamble at online casinos as it is solely meant to deter offshore gaming firms, and was successful for the most part.

After the US Justice Department – operating under the auspices of UIGEA – arrested and indicted several high profile online gambling executives and seized their domains – many offshore online casino and poker operators decided to close their doors to Americans.

Controversially, UIGEA did not cover all forms of gambling conducted over the internet. For instance, exemptions included online horse racing, intrastate gambling allowed under state laws, and selected categories of fantasy sports.

Now, despite a notable lack of regulation, online gambling is still as popular in the US as it ever was, even more so. The reason is certain online casino groups that accept American players and are only too happy to process their payments – despite the threat of UIGEA.

These days one doesn’t have to look very hard on the internet to find a wide variety of US-friendly online casinos, poker rooms and online gambling portals designed to help players finds the latest and best casinos, reviews, exclusive no deposit bonus deals and more.

In fact, sites like NoDepositFriend show that the laws have failed because of the high traffic they get from players based in the US seeking the best, safest and most lucrative online casinos with the biggest game selections and the most generous welcome bonus offers.

If US authorities only looked to the Prohibition (the national alcohol ban from 1920 to 1933 in the US) which only succeeded in spawning organised crime and forcing people to break the law, perhaps they’d think twice about demonising online gambling the way they have.