by SWNS
in Gaming, Must Reads 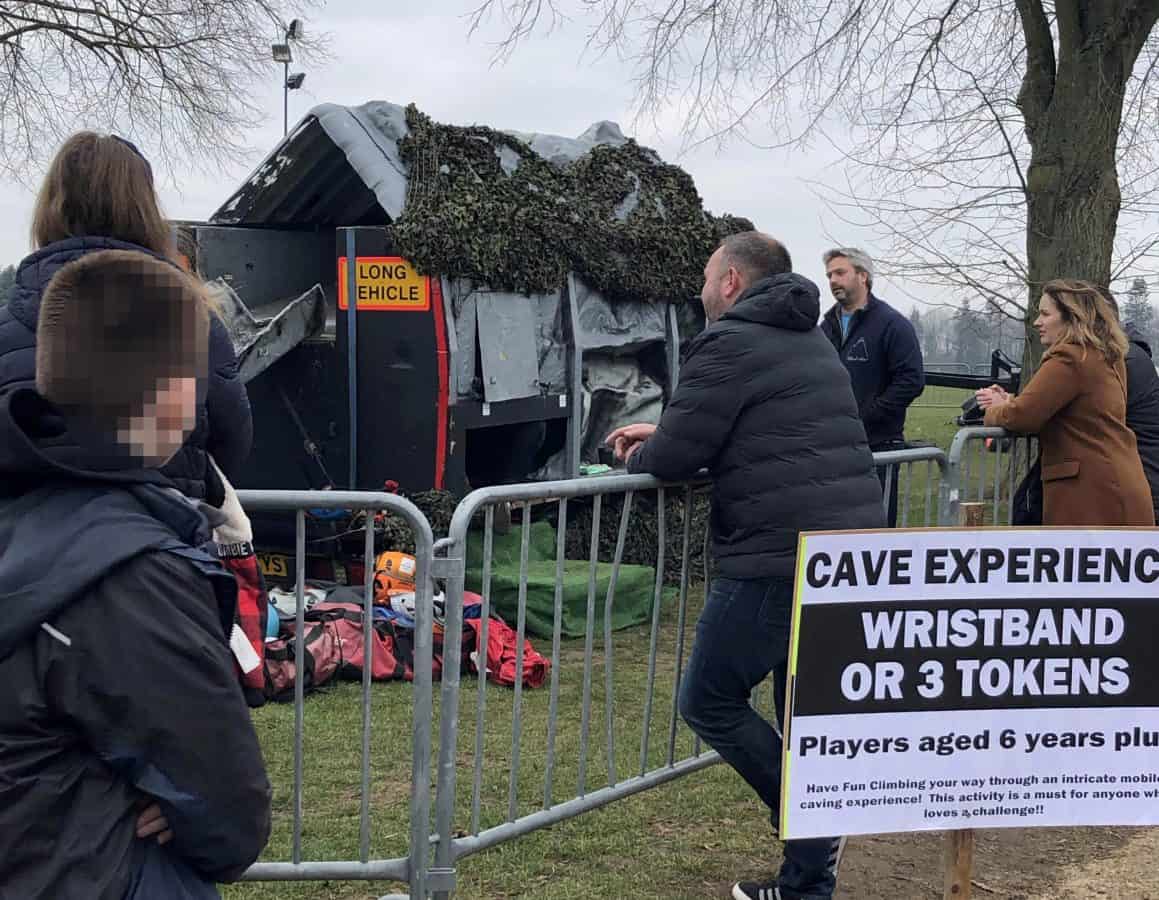 Families have been left furious by a video game festival with “depressing” attractions that left kids in tears and parents demanding refunds.

The two-day Fornite Live event – based on the hugely popular online video game of the same name – was billed as the “event of the year” for fans.

Visitors to the festival in Norwich, Norfolk were charged up to £22 for a ticket and a further £20 each for wristbands to take part in the attractions. But hundreds of fans are now believed to have asked for their money back after they were confronted with long queues and disappointing amusements.

Justine Petersen, 44, travelled 25 miles to the event with husband Martin and their nine-year-old son Richard, after paying around £40 for tickets.

The mum from Bradwell, Norfolk said: “We queued for about 45 minutes to get through the gates, then joined another queue to get wristbands.”

After having waited another hour, the family decided to walk around to see what was on offer.

Justine said: “There was a climbing wall that could only fit about four kids on it, the sort of thing you would only see at a school fete.”

Another attraction included on an itinerary handed to families was the “Cave Experience”.

The mum said: “It was some sort of truck with a tarpaulin over the sides, then they had stuck a grey plastic slide on the back.

“It wasn’t even slippery. The kids were using their arms to push themselves down it.

“In front of that there was a merchandise stall. There were baseball caps with cannabis leaf logos on them.”

She added: “We then went to the main building. There was a big inflatable llama with a crowd barrier around it, pushed against a wall.

“The main stage where they were meant to be having a dance competition was tiny.”

Justine said there was also a ‘Dusty Diner’, a location appearing in the game where players can collect resources.

She said: “It was two or three tables and a couple of ladies with tea urns and they had three or four cakes in front of them.

“Everything had a massive queue. There were thousands of people and only about six things to do.” The disappointed family left within an hour.

Justine said: “Richard was miserable, he was really upset. As a parent it’s quite hard to pick them up from that.

“There were children upset everywhere. There was not a single person who seemed to be happy about what they saw.

“It was horrendous. It seems they’re not taking any responsibility for it. It’s just depressing really.

“I felt like they were just trying to capitalise on something that was popular and just scam people.”

Justine said she had contacted the organisers to demand a refund for her tickets.

She added: “As far as I know they were only refunding the wristbands and not the actual tickets.”

The father-of-three said he paid £67.50 for tickets and a further £15 on tokens that could be used for the activities. The supermarket manager from Norwich, Norfolk said: “For me the big disappointment was the lack of entertainment and the dreary look of the place.

“There was really nothing to do and there and the things that were were there were of a poor standard for the money we spent.

“A lot of things were either not open or just completely not there. My children love Fortnite and after half an hour they were disappointed and wanted to leave.” However, he claimed it had been a “fantastic show”.

Writing on their Facebook page yesterday (sat), the organisers said that “so many happy children have enjoyed a great day at Fortnite Live Norwich today.”

They later added: “However, these happy visitors have been accompanied by a mixed bag of feedback with the queues wearing thin on some visitor’s patience and we sincerely apologise to those visitors who gave feedback regarding the queues.”

Britain at risk of a sterling crisis