Videogames in this day and age are something we take for granted – where else can you be placed in massive 3D worlds, spend a human lifetime exploring landscapes, meet cool new creatures, and achieve more than you ever will in the real world? And now we even have virtual reality systems making their way […] 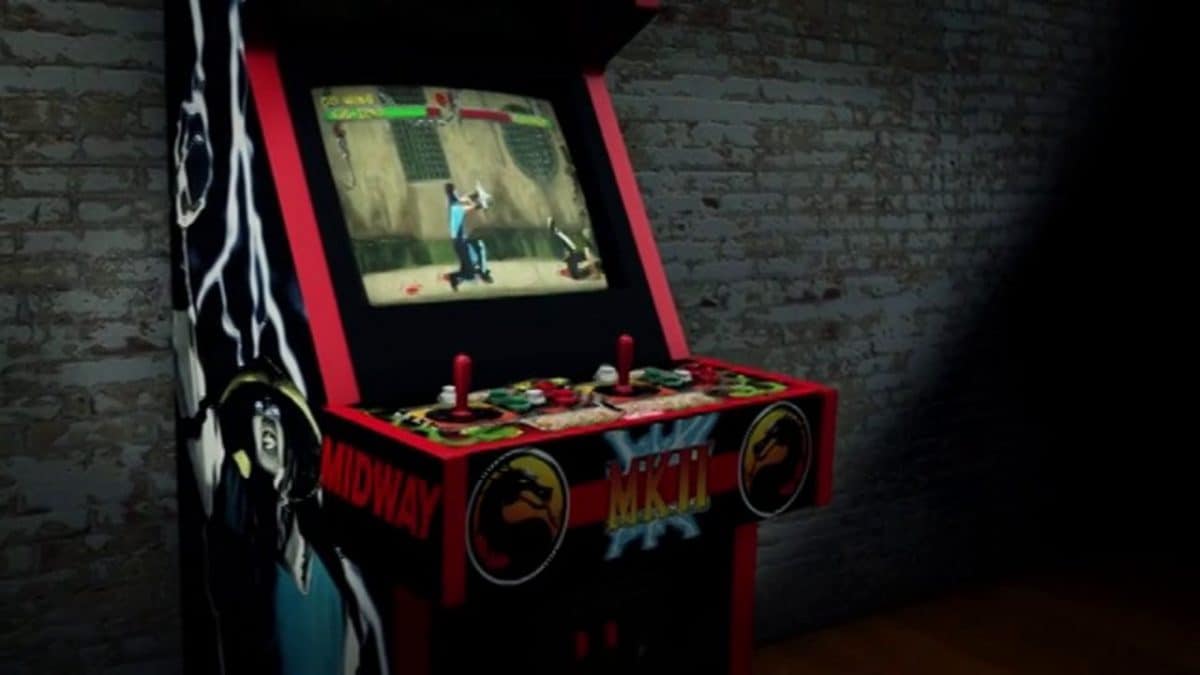 Videogames in this day and age are something we take for granted – where else can you be placed in massive 3D worlds, spend a human lifetime exploring landscapes, meet cool new creatures, and achieve more than you ever will in the real world? And now we even have virtual reality systems making their way into our lives.

Feel guilty children of the noughties, for you know not what you have. We recall the early days, as wee ‘90s kids, when such things were but a dream that seemed entirely impossible. Remember having to physically blow air into a game cartridge to get it to work, before being blown away by the 2D graphics? We do, and since we’re feeling nostalgic today, we’ve got a list of video games that are bound to make you sentimental about the best decade gaming ever had.

This is the big one, although it was released in 1985, its popularity lasted well into the ‘90s and our childhood would not have been complete without it.

The game featured a lowly plumber, Mario, setting out to rescue the girl of his dreams, Princess Peach, from the leader of the Koopa species, Bowser.

Surely that’s a love story that resonates with us all? The game featured eight sidescrolling worlds divided into four levels, our personal favourite being the underworld stage.

Although it could be infuriating at times, there was nothing more satisfying than jumping to the top of that flagpole at the end of a stage. From this first entry in the series, countless sequels and even a cult ‘90s movie were spawned! But that’s for another list. 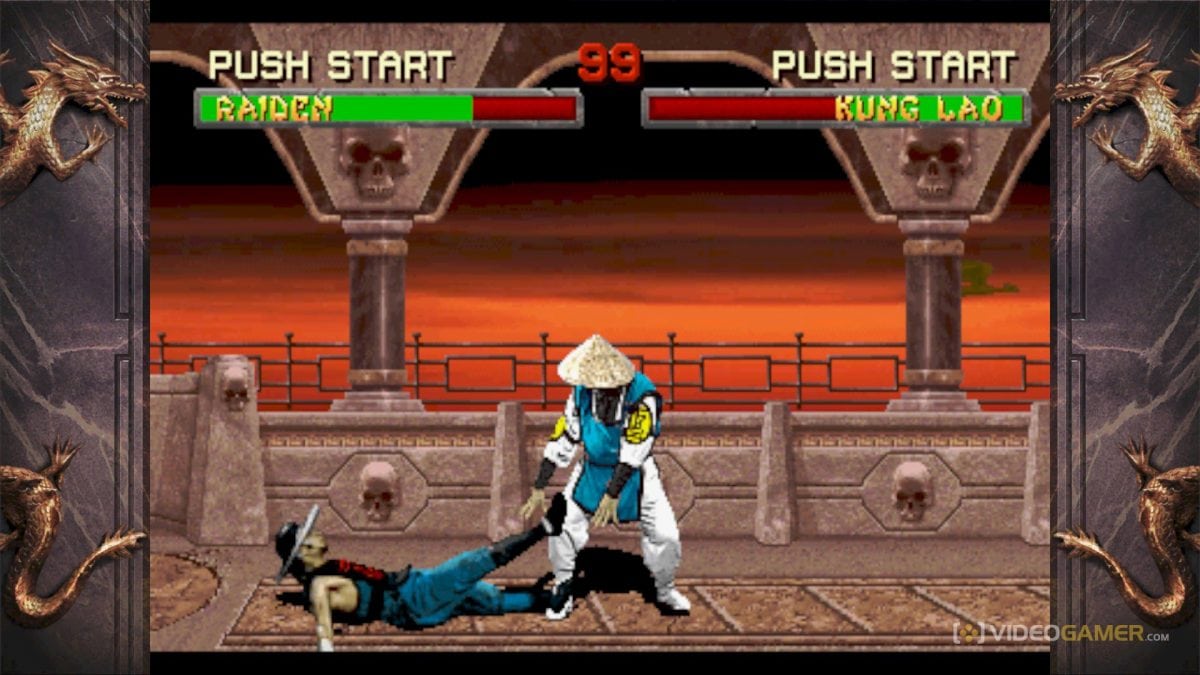 Sub-Zero, Scorpion, Raiden, Liu Kang, Johnny Cage, Kano, and Sonya. The names of the original 7 Mortal Kombat characters just oozed with coolness. This is a game that was riddled with controversy from the get go, thanks to its bone crunching, blood curdling trademark ‘Fatality!’ finishing moves. If you had parents cool enough to get you this game, it immediately made you a playground hero.

What’s more satisfying than inviting that Jimmy kid you hated to your home to give him an ice cold Sub-Zero fatality? Not much, we think. The story of this beat-em-up involved 7 combatants taking part in a fighting tournament with the fate of the world at stake, even with a decade having passed since its initial release, it’s like the original just keeps getting cooler.

This one was special, not only because of how addictively fun it was, but because the game introduced a whole new feel to the platformer genre.

In the early stages of development, it was jokingly known as ‘Sonic’s a*s game’, thanks to the beautiful perspective the player had of Crash’s backside as they played through the levels.

The plot involves Crash having to stop Dr. Neo Cortex from fulfilling his dream of world domination, while simultaneously saving his girlfriend, Tawna. So you know, it totally wasn’t inspired by Super Mario in any way. 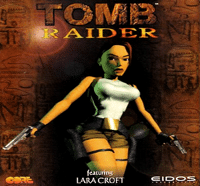 Did Tomb Raider become one of the first games to empower women, with its tough portrayal of an English archaeological treasure hunter? Or did it objectify them? We’ll let you decide.

Its iconic protagonist, Lara Croft, is certainly known for her… ‘assets’. But there was so much more to this game; the puzzles, the 3D rendering of creepy tombs, it was a joy to behold.

Despite the protagonist’s current Hollywood fame and glamour, the franchise experienced a rather low-key beginning in Derby, England, with only a small team of game developers working on the project.

Subsequently, Tomb Raider made the transition to the big screen back in 2001, to much fanfare, as the lovely Angelina Jolie took on the role of Lara Croft.

An eternal classic, the franchise is still drawing in new fans from all walks of life, thanks to yet another movie instalment, a significantly darker reboot of the original games, over a decade’s worth of figurines for hardcore fans to back-order, and they also have Tomb Raider Themed slot game. 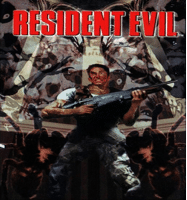 This list really is taking a scary turn! As children of the ‘90s we could only bear to watch this game from behind the sofa whilst someone else played it. For most of us, it was our very first taste of zombies.

You played as the protagonists, Chris Redfield and Jill Valentine, as they explored one of the creepiest gaming mansions ever created, complete with fixed camera angles that gave players an almost illness-inducing sense of anxiety.

The game has since made the transition to a movie franchise and has grossed more than $1 billion dollars worldwide (combining all 6 movies). 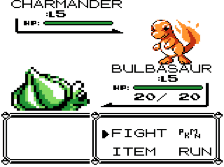 Pikachu used thunderbolt, it was super effective! Fun fact, the writer of this very article was taken to Bulgaria for a 2-week family holiday once, and saw absolutely nothing of the country (sorry Bulgaria) because his head was buried in a Nintendo Gameboy, intent on catching every single pokemon.

Do we really need to describe this one? You take on the role of a trainer striving to become champion of the Pokemon leagues by defeating the 8 gym leaders.

The Gameboy game utilized the crazed fanfare surrounding Pokemon in the ‘90s and sold a ridiculous 47.52 million copies (with all versions of the game combined). The popularity of addictive Pokemon games lives on to this day, and is still changing lives for the better.