Franky Zapata completed the challenge on his second attempt. 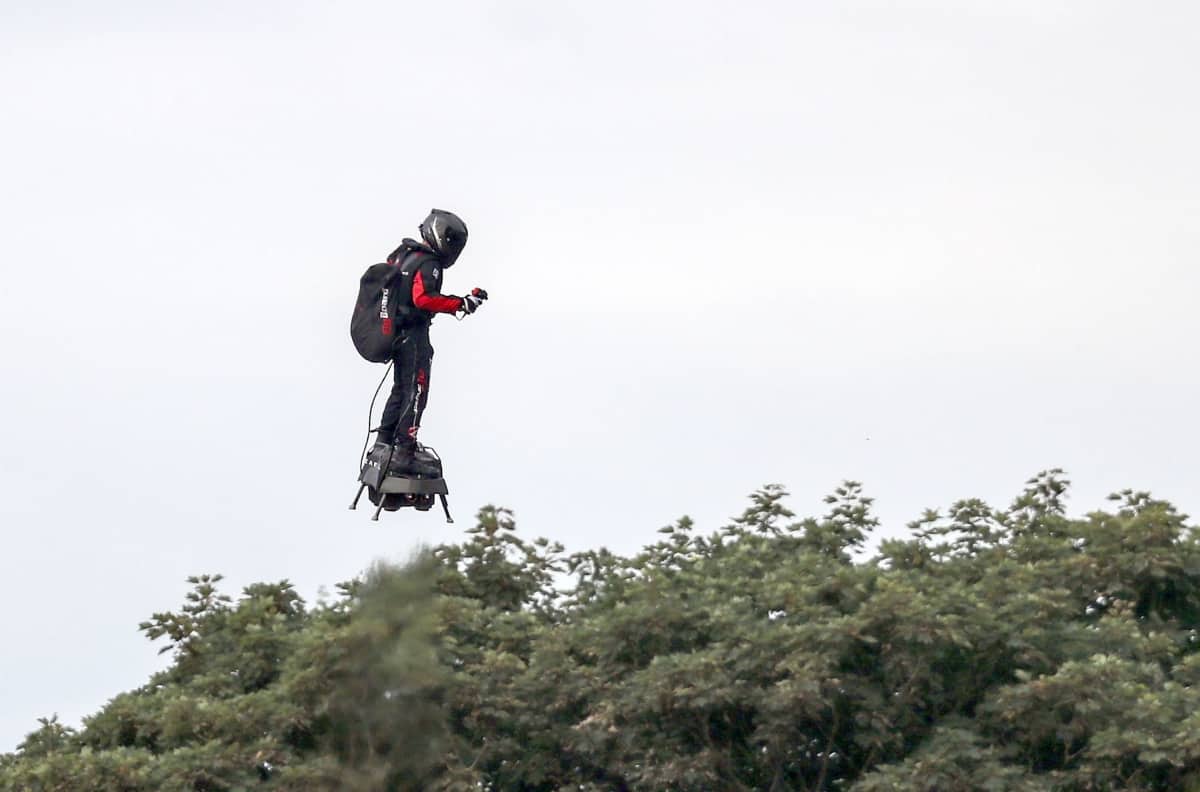 French inventor Franky Zapata has made the first successful crossing of the English Channel on a jet-powered flyboard.

The 40-year-old crossed the Strait of Dover, landing in St Margaret’s Bay, Kent, on Sunday morning having taken off from Sangatte, near Calais.

Mr Zapata failed in his first attempt last week to make the 22-mile crossing after he crashed into a refuelling boat 12 miles into the flight.

The flyboard has five turbines which are powered by kerosene stored in Mr Zapata’s backpack and it can travel at speeds of up to 118mph (190km/h).

The inventor came to public attention when he took part in a military display as part of France’s Bastille Day commemorations in Paris.