Millions of people are at serious risk of been hacked and don’t know it – with fitness trackers, smart TVs and even children’s toys among the most vulnerable items, according to research. The full extent to which unscrupulous individuals can invade people’s privacy – and their home lives – through a few clicks of the mouse […]

Millions of people are at serious risk of been hacked and don’t know it – with fitness trackers, smart TVs and even children’s toys among the most vulnerable items, according to research.

The full extent to which unscrupulous individuals can invade people’s privacy – and their home lives – through a few clicks of the mouse was revealed following a survey of 2,000 UK smart device owners.

A third of respondents admit they have no idea if their smart tech is secure and secure, while a quarter said their devices have no security at all.

Half don’t know if the protection they have is stringent enough and 32 per cent are oblivious to the possible security risks facing their gadgets – which include people hacking into baby monitors, door locks and even fridges. 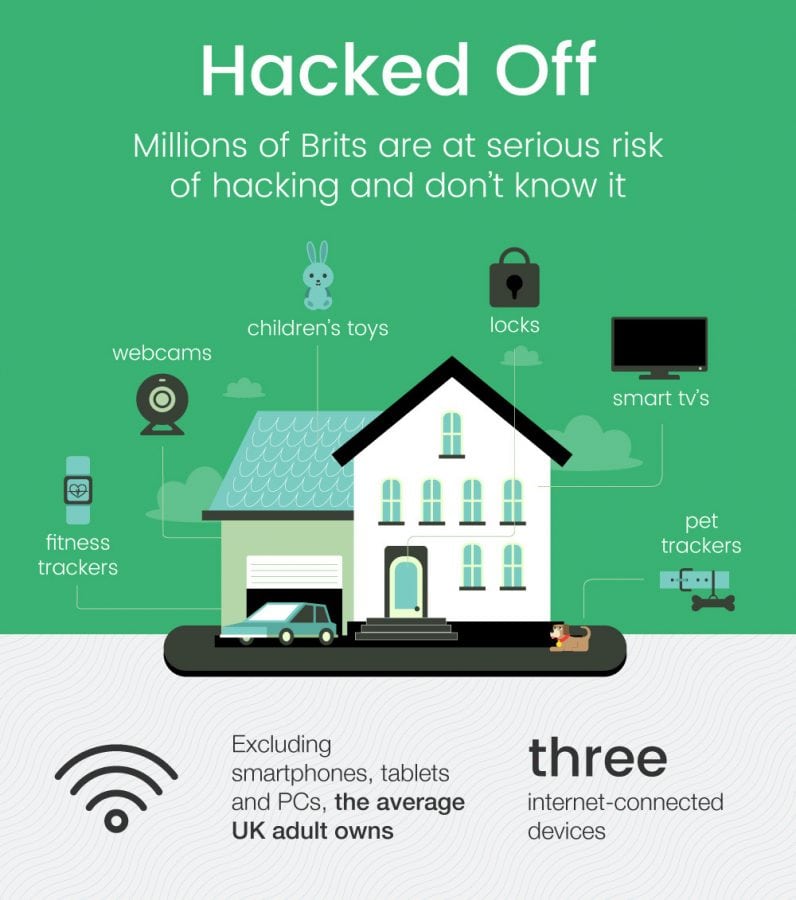 Smartphones, tablets and PCs aside, the research found respondents own three internet-connected devices on average – including locks, pet trackers and web cams.

The research was commissioned by consumer security specialist, BullGuard, and found a third believe manufacturers should do more to educate customers on possible security risks.

Paul Lipman, CEO for BullGuard, said: “Many smart connected devices have little or no security protection.

“We’ve already seen how one attack that used thousands of hacked smart devices took down leading internet services in the US including Netflix and Twitter.

“Hacks on the smart home could have much more damaging consequences.”

More than a fifth of people said they are reluctant to buy additional smart devices because they have doubts over how secure they are.

And six in ten respondents would be encouraged to buy additional smart devices if manufacturers did more to put consumer’s minds at ease regarding security protection.

Almost half were not aware manufacturers of smart home devices release software updates that could improve the security – and 35 per cent do not know how to apply the updates.

Paul Lipman said: “Many smart device manufacturers don’t prioritise security and when they do it can be too complex for the average consumer to understand.

“When you buy a car, you don’t expect to twiddle with the engine to get it running so why should you be expected to know how to apply updates to your smart devices to keep them running securely?” 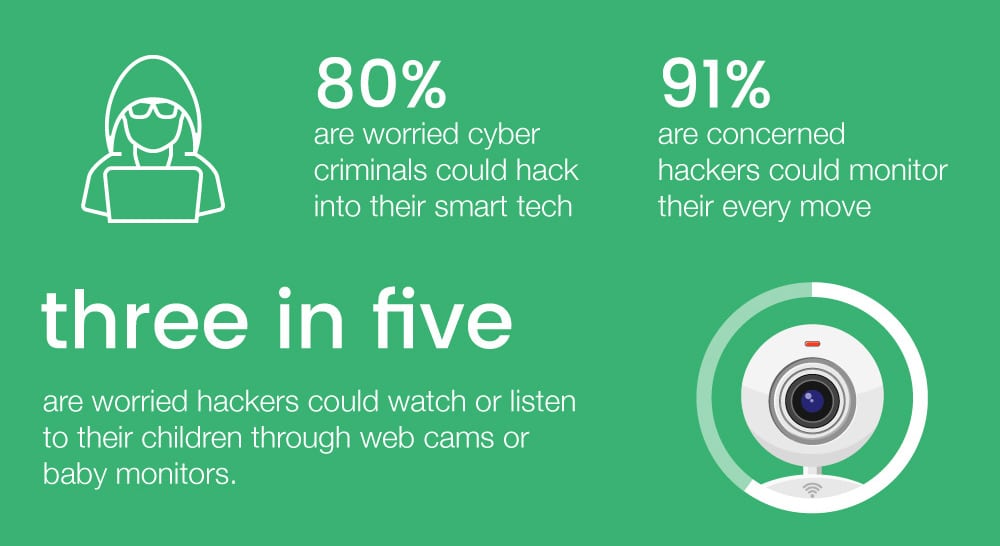 Thirty-seven per cent of survey respondents admit they don’t know how to protect their smart devices from being hacked and over a third do not regularly change the password on their routers.

Eight in ten said they are worried cyber criminals could hack into their smart tech – with 91 per cent concerned hackers could monitor their every move.

While three in five people are worried hackers could watch or listen to their children through web cams or baby monitors. 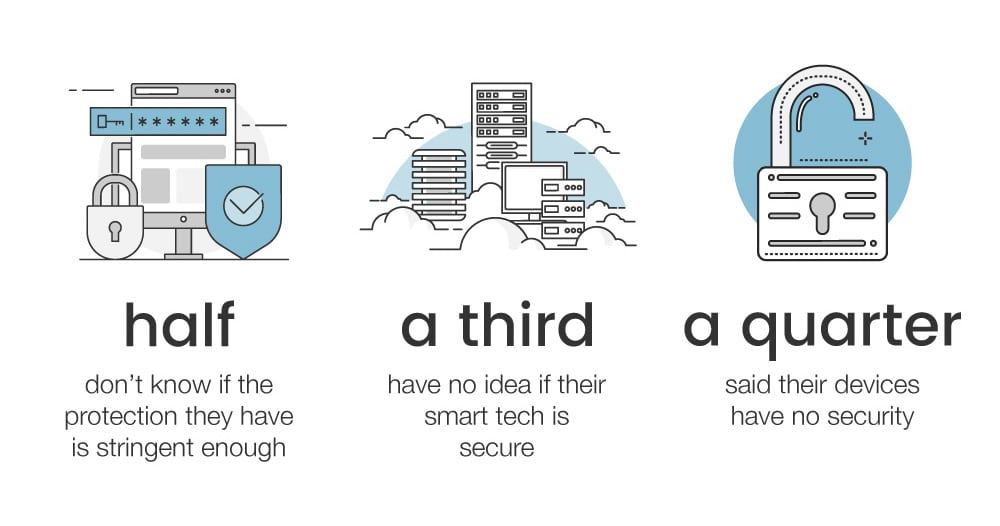 Paul Lipman said: “People have good reason to be concerned about hackers breaking into their smart devices and smart home networks.

“A hacked smart camera for instance could easily lead to stalking and the victim wouldn’t know anything about it.”

BullGuard has just launched a dedicated smart home security device in the US called ‘Dojo by BullGuard’.