These pictures give a glimpse inside a top secret car park where wealthy collectors pay thousands per year to hide their beloved vehicles. Million-pound motors from the likes of Bugatti and Ferrari line Windrush’s two storage facilities – dubbed the Batcaves. But it is a case of guessing the model based on its shape, with […] 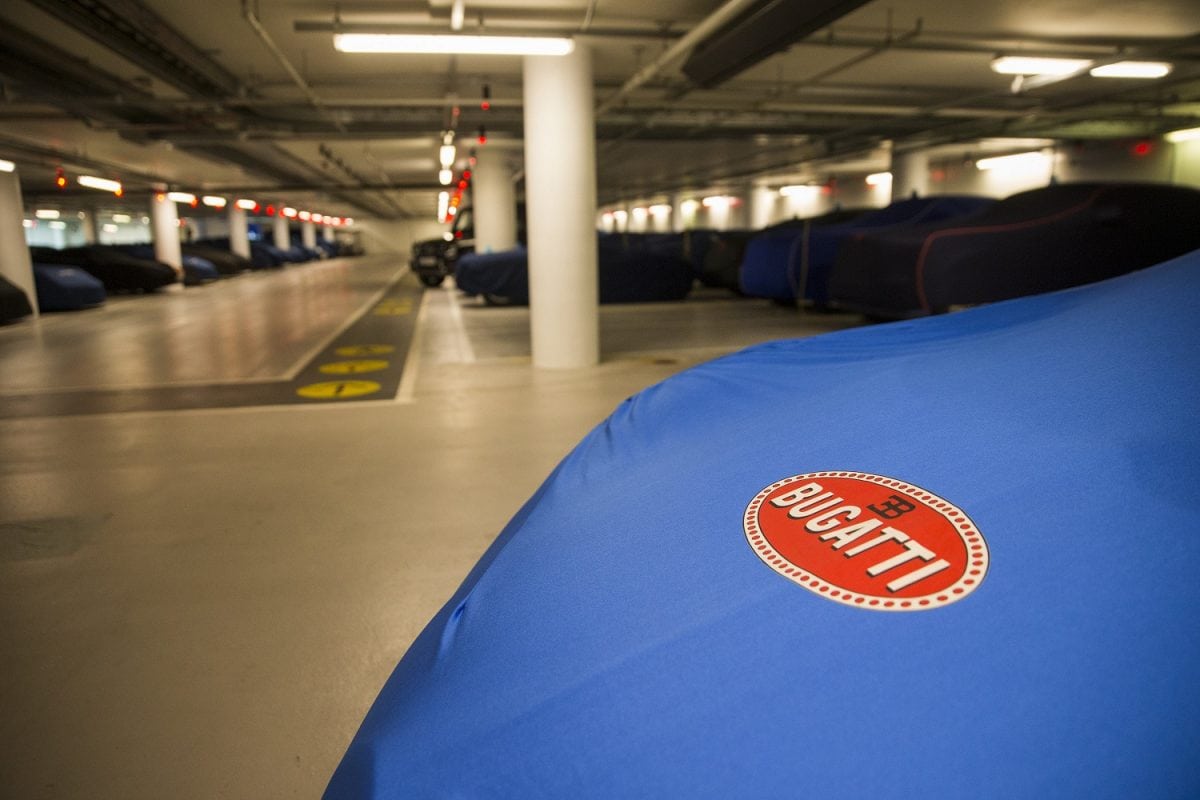 These pictures give a glimpse inside a top secret car park where wealthy collectors pay thousands per year to hide their beloved vehicles.

But it is a case of guessing the model based on its shape, with the exotic cars concealed by soft covers which are dubbed ‘pyjamas’ by staff.

The motors, of varying values, are looked after by Windrush because owners want somewhere safe to store them – or to even hide them from their wife.

All of the cars are photographed and given a condition report before being valeted. They are then allowed to be fully air dried for 24 hours before being transported to the air-controlled storage rooms.

And it comes at a cost – with customers paying £110 per week to have the car stored in London and £62 per week to use the countryside facility in the Cotswolds.

However, many of the cars at Windrush are rising in value more than the parking price their owners pay.

The photos from London give a glimpse of the cars being stored, with parts of the covers lifted to reveal a number of 1970s Ferrari Dinos worth more than £300,000 each. There are a number of £1 million-plus Bugatti Veyrons hidden beneath covers as well as Ferrari LaFerraris – which now cost more than £2 million.

Cars are regularly checked and, if the owner wants to take the car out, Windrush guarantee the car will be ready to go instantly regardless of the time it has been stored.

And some of the cars have been sitting for years – with one concours-condition Jaguar parked up since 2010.

Windrush is operated by Tim Earnshaw, who used to work in hospitality for the Ferrari F1 team.

Tim is based in the Cotswolds at Windrush’s other facility where a further 100 cars are tucked away in the picturesque English countryside.

He started Windrush 13 years ago and they now deal with up to 300 cars at a time.

Tim said: “We look after some of the world’s rarest motor cars, from Ferraris and Jaguars to Lamborghinis and Bugattis.

“But it is a level field whether you own a Ford or a Ferrari. We provide one service level for all.

“It is a service for people without the time to look after their car. It is a high security private area.

“Every car that comes in get a 360 degree check and is signed off by the owner.

“It is then valeted before being put to sleep under a cover, which we call pyjamas, in a temperatures and air-controlled environment.

“We’re looking after time-poor customers, many of which are high net worth individuals, and pampering their cars which are ready to be driven at any moment regardless of how long they have been stored.

“Customers know the car will be delivered, collected, valeted, that we can service and repair it, take it in for an MOT and they get photo updates of the whole process.

“Maybe they don’t have the space or security in London or elsewhere to store their car. We provide a niche service and some people don’t know it exists.” Tim’s customers include high net worth individuals and celebrities – although he is sworn to secrecy over their identities.

Some of his customers use the London facility because they have nowhere to park in the capital while others use it to hide cars from their wives.

And it isn’t just classic models and 200mph supercars which are stored by Windrush – there are a number of more mundane motors.

Tim said: “One of our clients drives a 1996 Toyota Land Cruiser which he loves and we have an identical model in time capsule condition.

“One day his Land Cruiser will die and he will call us up and ask for the model he’s been storing with us since 2011.

“Nostalgia and sentimentality is important to our clients. At one stage we had a very basic Austin Metro City.

“They sold thousands in the 1980s but they are very rare these days. It was the same car as the one he learnt to drive in and we looked after it for a few years.” Every day the storage areas are inspected at least twice, while the battery charger and drip trays are checked once a week.

Fluids and pressures are checked every 60 days along with the engine and electrical components.

Tim added: “It generally tends to be cars which are appreciating in value.

“Some people choose to keep the car in storage over a long period as an investment.

“We have a concours condition Jaguar XK120 which has been here for seven years.

“It might just be the person doesn’t have somewhere to store their supercar.

“They spend the week in a normal car like a VW Golf and then, on Friday evening, they arrive in the Golf and swap it for their supercar which they enjoy over the weekend and then return on Sunday.”