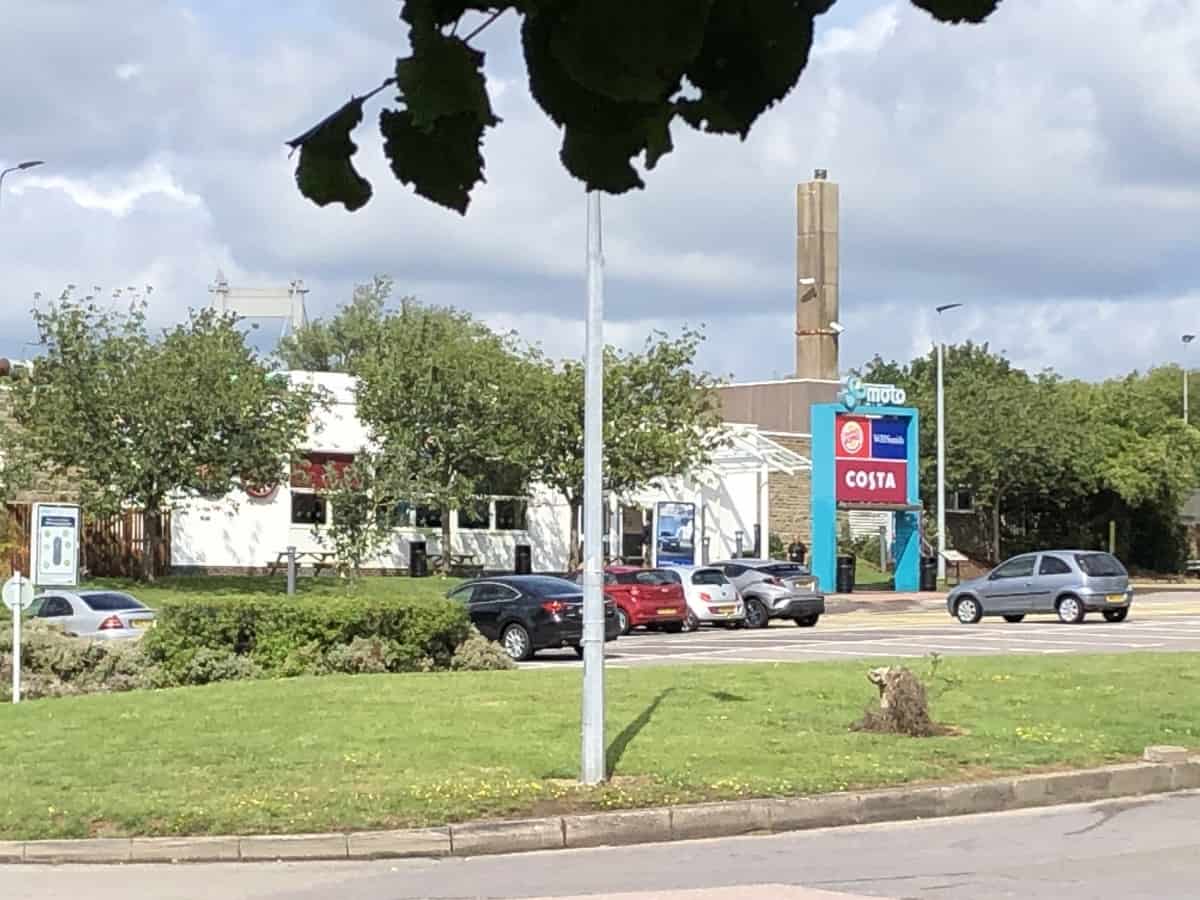 A motorway service area overlooking the Severn Bridge has been ranked the least popular in England.

Severn View services on the M48 in Gloucestershire scored a customer satisfaction rating of just 72% in a survey by watchdog Transport Focus.

One described it as “tired and overdue a refit”, while another said it is “not very clean” and the restaurant had “flies buzzing about”.

Other reviewers described the toilet facilities as “grim”, “falling apart” and “dismal”.

The Severn Bridge formed part of the M4 – a major route between west London and south-west Wales – until the motorway was relocated in 1996 and the road renamed the M48.

Norton Canes on the M6 Toll in Staffordshire topped the ranking for the second year running in the annual survey, at 99%.

Transport Focus surveyed 11,600 customers for their opinion on subjects such as cleanliness, food and drink range, friendliness of staff and value for money at 111 service areas in England between February and April.

The second lowest ranked service area was Burtonwood on the M62 in Cheshire, where 73% of visitors were satisfied.

Almost two-thirds of services received a satisfaction score of at least 90%.

This is despite 59% of all respondents rating the food or drink they bought as being value for money.

Transport Focus chief executive Anthony Smith said: “Motorway users tell us they have a good experience when visiting service areas, but it’s clear that many do not feel the experience is good value for money.

“Motorway services continue to play an important safety role, providing drivers with the opportunity to take a break.

“Drivers in the survey confirm they feel less stressed and are more alert after stopping at motorway services.”

RAC spokesman Simon Williams said: “Motorway service areas are a vital amenity, and it is great to see that such a large proportion of drivers have a positive experience at them.

“This is particularly the case at this time of year. With many of us travelling greater distances by road than usual with the school holidays, it is important motorists stay alert on these journeys by taking a rest at services on their route.”

It is the second year in a row a service area run by Moto has finished bottom of the Transport Focus ranking.

Thurrock services on the M25 in Essex recorded the poorest score of 68% in 2018 but improved to 93% in the latest research.

A spokesman for Moto said Severn View is one of the smallest service areas on the motorway network and scored 90% for the friendliness of its staff.

He added: “The small location means we are limited in the range of brands and services we can offer.

“However, we will be redoubling our efforts in the year ahead to improve the services on offer at Severn View and expect to see a similar significant improvement to the one we achieved at Thurrock last year.”

The firm’s chief executive Ken McMeikan said: “Moto has maintained the same overall rating of 90% that we achieved in 2018 and we intend to build on this in the year ahead as we continue to invest further in our sites for our customers.”