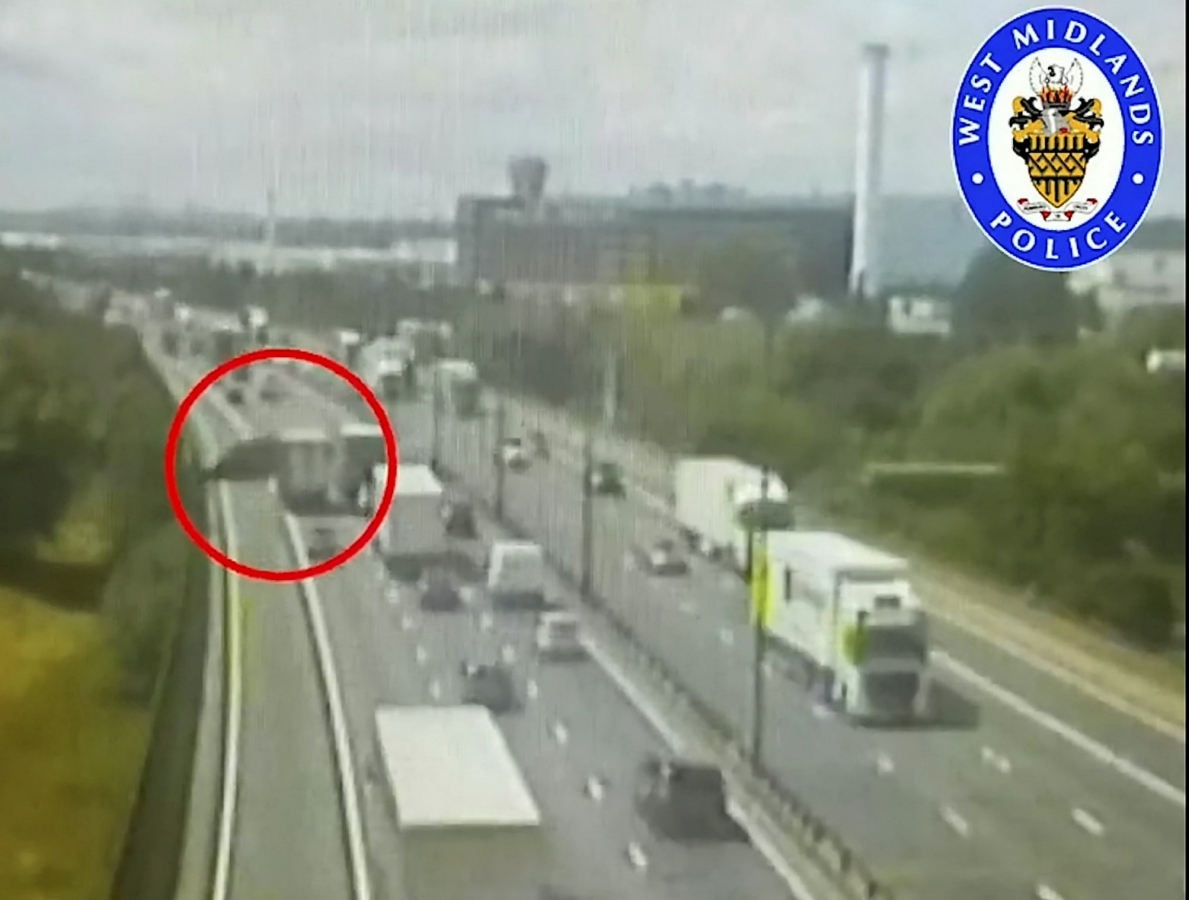 Shocking CCTV captures the moment a reckless delivery driver caused THREE separate crashes along a mile-long stretch of one of Britain’s busiest motorways.

Awil Hayow, 34, was captured on camera causing chaos between junctions 5 and 6 of the M6 motorway in Birmingham at around 2pm on July 1.

He managed to repeatedly crash his red van three times in heavy traffic but incredibly nobody was seriously injured or killed.

CCTV first shows his swerving between lanes, hitting a van, before spinning out of control and ending up at 90 degrees to oncoming traffic.

Other drivers had to take emergency action, but he managed to straighten up the van and carried on his journey.

But seconds later, Hayow struck a Nissan Juke, sending it onto the hard shoulder and causing the van’s bumper to fall off.

Hayow went on to cause a final accident when he sent a Ford Transit spinning as he swerved from the hard shoulder into lane one.

Hayow continued for a short distance before waiting on the hard shoulder for police to arrive shortly afterwards.

But when he was approached by officers, he adopted a boxer’s stance and resisted arrest, while other vehicles sped by nearby at up to 60mph.

Officers used incapacitant spray, but he only gave up resisting when an officer armed with a Taser arrived.

Hayow, of no fixed address, refused to give a sample of breath after he was arrested.

He admitted dangerous driving, failing to provide specimen and obstructing a PC and will now be sentenced at Birmingham Crown Court on August 13.

“At no point did Hayow make any attempt to contact with the emergency services to report the collisions, check on the other drivers or report the fact the his van was stationary in a live lane of traffic with vehicles driving towards it.

“He showed a total disregard for the safety of other motorists who were on the M6, and it is only down to pure luck that no-one was seriously injured or killed because of his driving.”