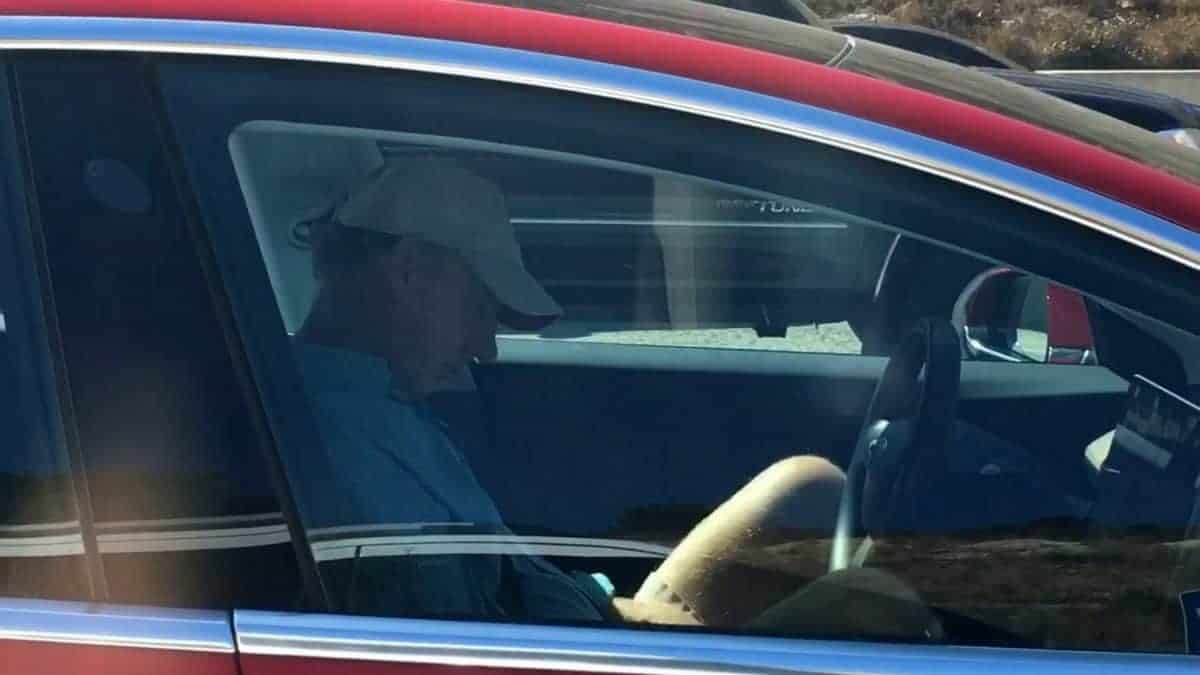 This shocking video shows a motorist who appears to be FAST ASLEEP at the wheel of a ‘self-driving’ Tesla while moving on a busy interstate in California.

The footage was shot from a passing car travelling at around 35mph on Interstate 5 near San Diego on Saturday afternoon [Sept 21, 2019].

Tesla’s autopilot function is capable of keeping a car in lane and changing lanes but users are advised to monitor the system and keep their hands on the wheel at all times.
A passing motorist, who was travelling with his wife and children, said: “He was totally out – none of us could believe it.

“My wife was screaming ‘call 911’, she was really worried. We called 911 a bit further down the road and they said they’d come and investigate.

“This is the issue with self-driving technology, it allows people to relax so much on the freeway that they fall asleep.

“We were going about 35 or 40 miles per hour when we saw him. The traffic had just started slowing down, there were cars pulling around him and changing lanes. But his car stayed in the same lane while we were next to him.

“I have never seen someone asleep at the wheel like that before, this is a real safety issue that we need to consider for the future. It’s a sign of our times.

“He was driving a Tesla, one of those new electric, full self-driving ones, I think it was a Model 3.”

The Tesla company, fronted by CEO Elon Musk, has come under fire for purportedly overselling the capabilities of its self-driving vehicles.

Robert Sumwalt, chairman of the National Transportation Safety Board (NTSB) told NBC News earlier this month: “Drivers are believing that the cars are autonomous, there are no fully autonomous vehicles that are on the market today.”

A Forbes article published last month [August 25, 2019] suggested that Tesla is a long way from creating a fully autonomous car, noting that the current models only “consist of semi-autonomous capabilities.”

There was a fatal Tesla crash in 2018 in California and another last month in Florida, which are still under investigation by the NTSB.

Media reps at Tesla did not respond to a request for comment.