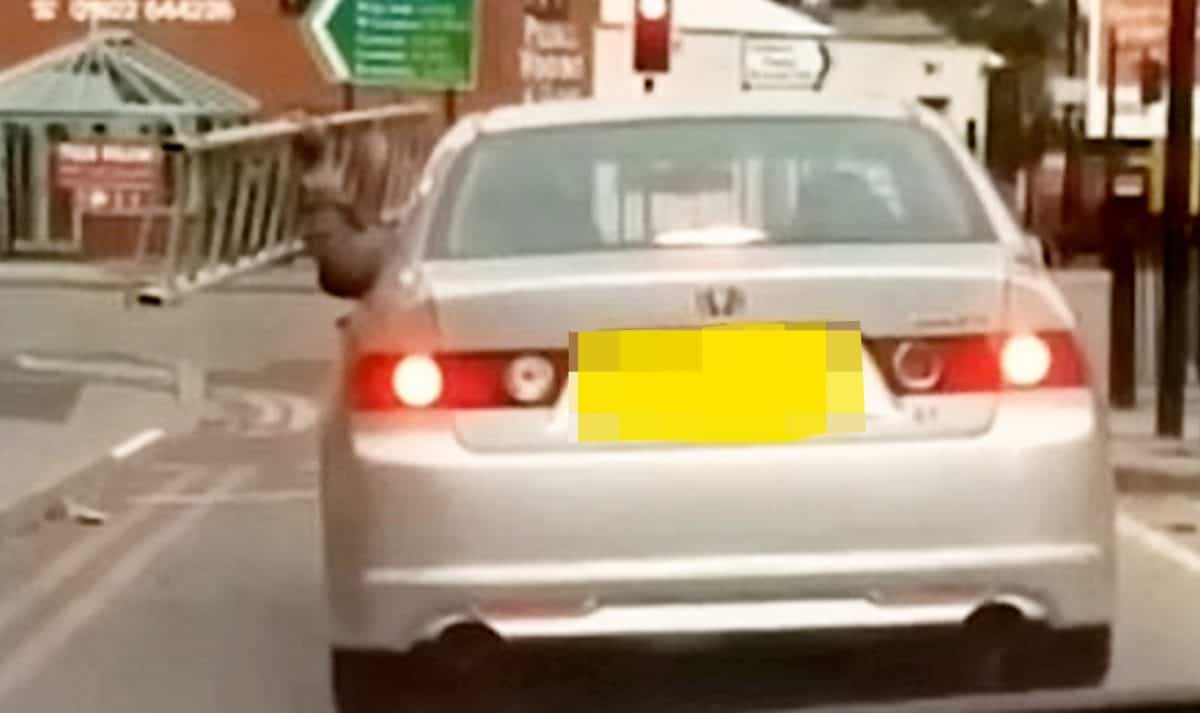 An Uber driver who was caught on camera allowing his passengers to hold a ladder out of the window of his taxi has had his licence suspended.

The unnamed cabbie was captured travelling along a road while two men in the front and back seats dangerously held the ladder alongside the vehicle.

A council’s licensing committee has now stripped the driver of his licence for three months, following the incident which took place in Walsall, West Mids., in September.

The hearing was told the people involved were known to the driver and not fare-paying passengers but he had “disregarded public safety.”

Walsall Council’s Licensing and Safety Committee said the driver had a previously good record, both in terms of his private hire and general driving licence.

“This incident has been carefully considered by the committee and deemed to be a very serious matter which requires the appropriate response.

“We would hope that this will deter drivers from this type of behaviour and understand the impact of transporting equipment in an unsafe manner can have on other drivers and the public.”

The driver has 21 days to appeal the decision.