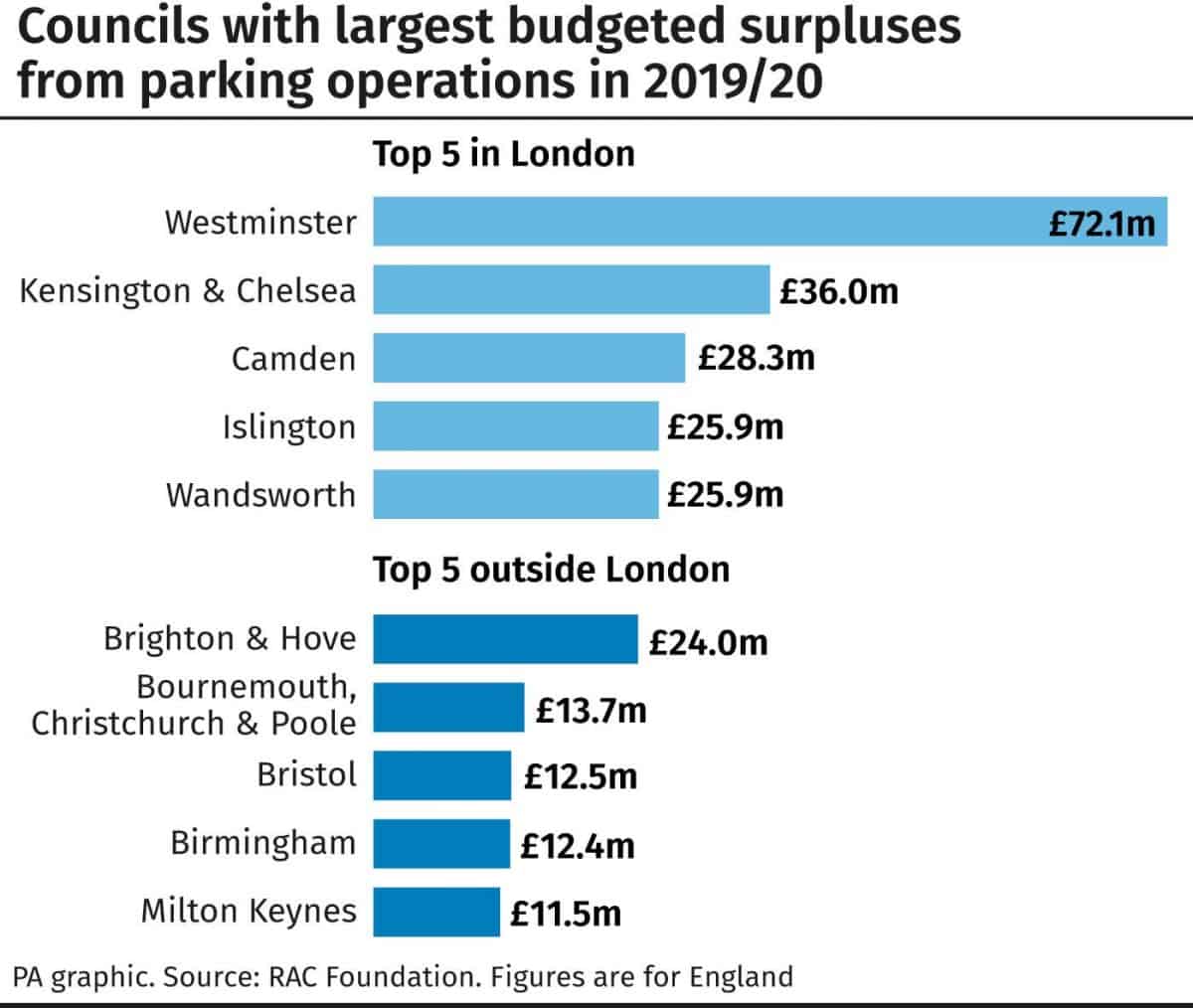 English councils could make a record surplus in excess of a billion pounds from their parking activities this year, according to a new study.

Analysis commissioned by the RAC Foundation found that local authorities collectively expect to make £913 million from parking charges and penalties in 2019/20 once running costs have been taken into account.

But the research noted that councils have underestimated the money they will make from parking by between 9% and 10% over the past three financial years, suggesting the final surplus for the current 12-month period could top a billion pounds.

Some 278 of the 343 councils reported that they expected to record a surplus from parking, while 65 are preparing to break even or incur a loss.

Any money made from parking activities must be spent on local transport projects.

RAC Foundation director Steve Gooding said: “It would be no surprise at all if English councils soon breached the one billion-pound mark for the amount they make annually from parking, which is quite a windfall from a service that is intended to be all about managing traffic.

“Not every authority makes big money, some even run at loss, but where authorities are making money drivers might reasonably hope that some finds its way specifically into tackling road repairs not just on transport more generally.”

The study was carried out by transport consultant David Leibling, who analysed budget figures provided by English councils to the Ministry of Housing, Communities and Local Government.

Many of the highest totals for budgeted surpluses were seen in London, with Westminster having the largest (£72.1 million) followed by Kensington and Chelsea (£36.0 million) and Camden (£28.3 million).

The biggest amount outside the capital was reported by Brighton and Hove (£24.0 million).

This was ahead of Bournemouth, Christchurch and Poole – which merge their parking operations – at £13.7 million, and Bristol at £12.5 million.

Martin Tett, the Local Government Association’s transport spokesman, said: “Councils are on the side of motorists and shoppers. They have to strike a balance when setting parking policy, both on-street and off-street, to make sure that there are spaces available for residents, high streets are kept vibrant and traffic is kept moving.

– These are the 20 councils in England with the largest budgeted surpluses from parking operations in 2019/20, according to the RAC Foundation: