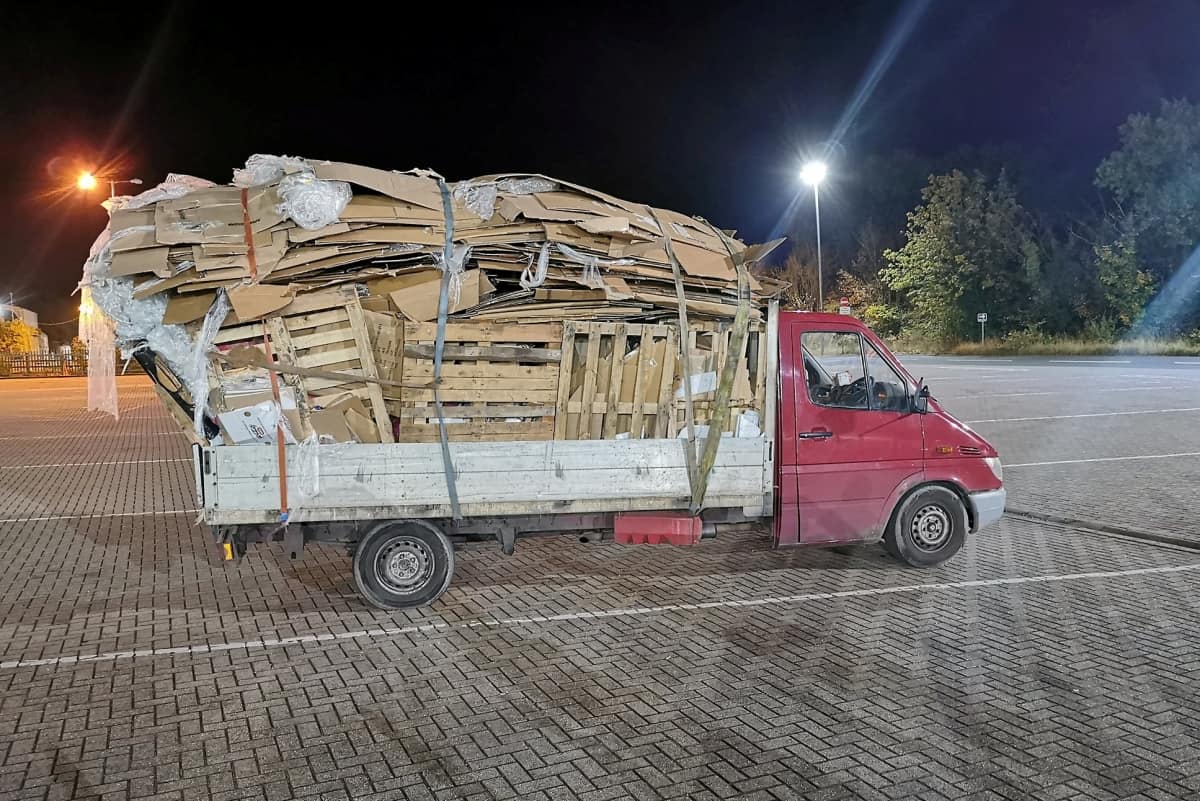 A dozy driver was dubbed “Steptoe and Son” after police stopped him on the motorway with dozens of wooden pallets piled precariously on his van.

Traffic officers pulled the motorist over after spotting him making his way on the M6 in Staffordshire on Tuesday (22/10).

Central Motorway Police Group tweeted a picture of the overloaded van and said: “This beauty was making its way along the M6 in Staffordshire.

“The load was dangerously insecure and unbalanced, it had an MOT that expired back in June, defective lights and indicators and defective brakes.

“Thanks to team work with #DVSA the vehicle has been prohibited 4464YF.”
Social media users also expressed their shock at the driver, branding them “a 24 carat prat”.

Writing on Facebook, Giles Nelson wrote: “Steptoe and Son are back and this time they’ve got a dirty old van! Some people need an IQ test let alone a driving test.”

Paulo Samson tweeted: “Picture should be next to dictionary definition of a 24 carat prat. Words fail me.”

Pete Abel tweeted: “Park it up till bonfire night and stick a match on it…..”

Another user, Paul Harris, claimed to have passed the offending vehicle on the motorway.

He said: “Passed this heap of junk just before M6 J16…. shocking,the load was overhanging into Lane 2.”