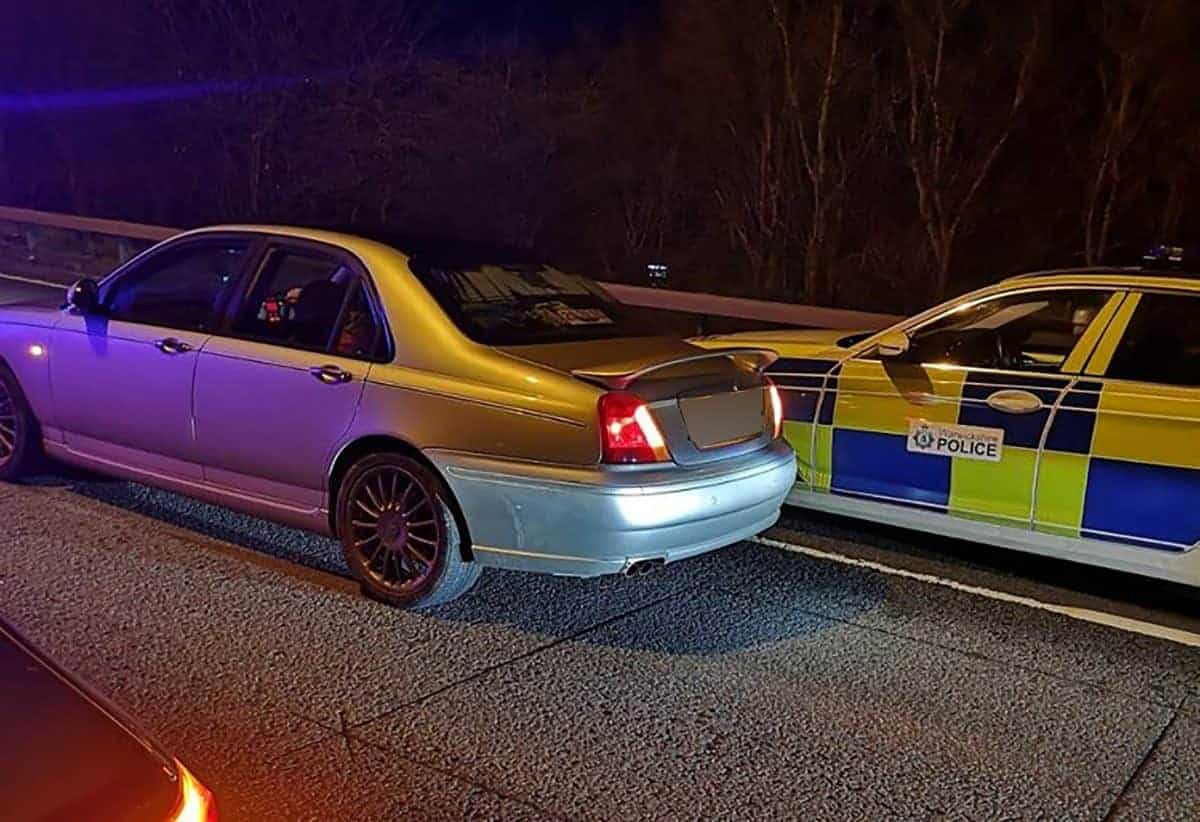 Police saved a teenage girl who had been abducted when they used a stinger device to stop the suspects’ car on a motorway.

Four Romanian men were arrested on suspicion of abducting the 15-year-old girl.

A picture tweeted by OPU Worcestershire shows the moment officers pulled over the
silver car and arrested four people inside.

The arrests took place on March 5 on junction 4A on the M42, near Bromsgrove, Worcs.

The car was stopped by West Mercia Police officers after they had been alerted to the possibility an abducted child was in the vehicle.

Specially trained officers deployed a “stinger” to bring the car to a safe stop and the teenager was found and taken into care.

Three men and one woman were detained and arrested on suspicion of abduction and taken to a police station in Hereford.

OPU Worcestershire tweeted: “A shift assisted @OPUWarks this evening with a tactical stop on this vehicle M5/M42.

“Four Romanians arrested and now in custody for the abduction of a 15-year-old. We will continue to tackle organised crime.”