The unusual vehicle had no number plates, smashed windows and was carrying a trailer with a car not strapped down. 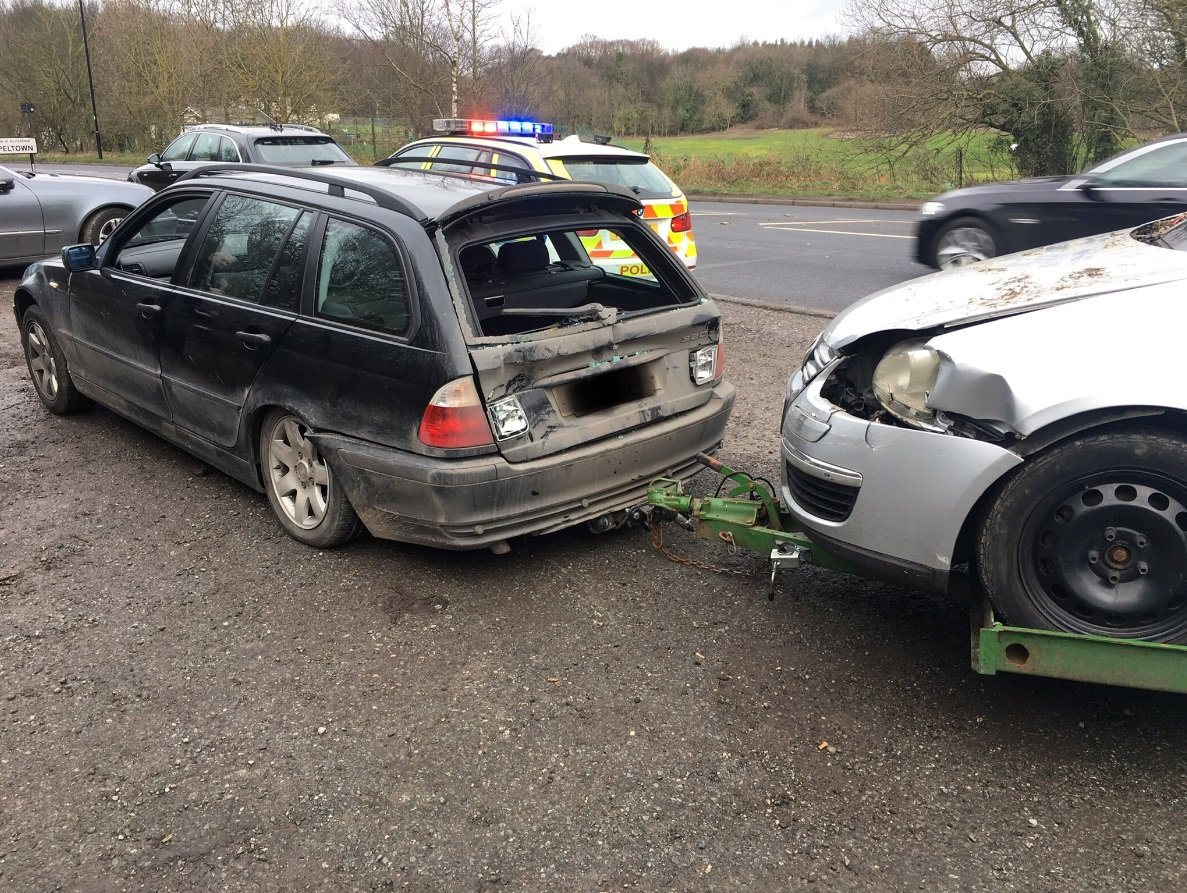 Police officers seized a “shed on wheels” – driving down a MOTORWAY.

The unusual vehicle had no number plates, smashed windows and was carrying a trailer with a car not strapped down.

It also had no insurance, a number of defects and planks hanging out of the back window.

The vehicle was seized by South Yorkshire Police on Jan 26.

A tweet posted by @SYPOperations said: “Where do we even start with this one?

“This shed on wheels was spotted M1 Northbound near Sheffield.

“Can you guess what drew our attention to it?

“Was it the trailer with no number plate?

“The vehicle on top of the trailer that wasn’t strapped down or secured in anyway?

“Was it the smashed windows?

“The rear end of the BMW nearly dragging along the floor? OR the fact the car also had no insurance?

“Of course it was all of the above!

“Vehicle prohibited for a number of defects & seized. Driver off to court for a whole host of offences! #madness”